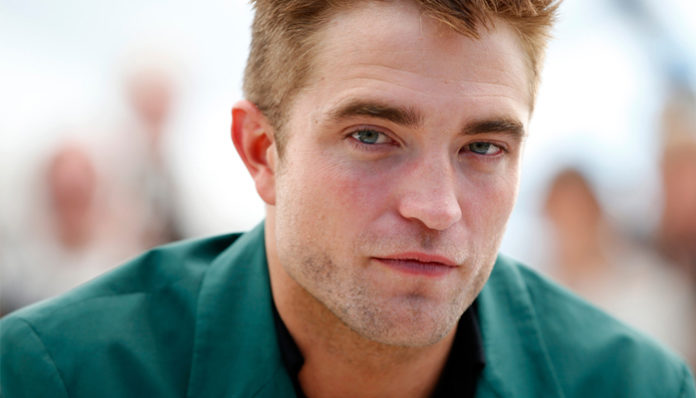 English actor Robert Pattison garnered widespread recognition for his role as Edward Cullen in the popular Twilight film series. Born and raised in London, he first got involved with acting as a member of the Barnes Theater Company as a teen. Shortly after appearing in the productions Anything Goes, Our Town, and Guys and Dolls, he caught the attention of a talent agent during a performance of Tess of the d’Urbervilles. At the age of eighteen, he made his television debut in the TV film, Ring of the Nibelungs (2004). From there, he received a big break after being cast as Cedric Diggory in the blockbuster, Harry Potter and the Goblet of Fire (2005). Gradually landing more prominent roles thereafter, Pattison went on to appear in The Haunted Airman (2006), The Bad Mother’s Handbook (2007), and How to Be (2008). In 2008, the actor was given a career-defining role in the fantasy drama film, Twilight, where he starred opposite of actress Kristen Stewart.

Career-defining in all aspects, the film’s overwhelming success quickly propelled Pattison into super stardom. Not only did Twilight bring him international fame, but it also established him as one of the most popular young actors in Hollywood. A year after the breakthrough, the London-native reprised his role as Edward Cullen in the subsequent installment, The Twilight Saga: New Moon (2009)– one that only further solidified his place in the industry. Since then, Pattison has returned as the lead vampire in The Twilight Saga: Eclipse (2010), The Twilight Saga: Breaking Dawn – Part 1 (2011), and The Twilight Saga: Breaking Dawn – Part 2 (2012). Easily his best remembered role on the big screen, it has netted him numerous accolades including two Scream Awards (e.g. Best Fantasy Actor), two BBC Radio 1 Teen Awards (e.g. Best Dressed, Best Actor), three Bravo Otto Awards (e.g. Best Male Film Star), and eleven MTV Movie Awards, among others.

What has the former teen heart throb been up to in the recent years? Is he still receiving prominent roles in Hollywood? If so, what can we expect to see him in this year? What about television appearances? What happened to Robert Pattison? Where is he now in 2018? 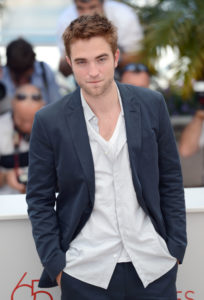 Born on May 13, 1986 in London, England, Robert Pattison (Birth Name: Robert Douglas Thomas Pattison) is the son of Richard Pattison, a vintage car importer and Clare Charlton, an employee at a modelling agency; the youngest of three children, he has two older sisters named Elizabeth and Victoria. Growing up in the city of Barnes, he went to Tower House School prior to attending The Harrodian School as a teen. Having always been interested in drama, he joined an amateur group at the Barnes Theater Company around this time. Following a series of successful auditions, Pattison participated in a number of plays including Anything Goes, Our Town, Guys and Dolls, and Macbeth. Interestingly enough, it was ultimately during one of these on stage performances that he captured the attention of a talent agent.

Encouraged to pursue professional roles, Pattison subsequently turned his attention to the big and small screens. Thus at the age of eighteen, he made his official acting debut in the made for television film, Ring of the Nibelungs (2004). From there, his career cramped up a notch after he was given the role of Cedric Diggory in the ever-so-popular fantasy film, Harry Potter and the Goblet of Fire (2005). Having garnered some much-needed exposure with the blockbuster, Pattison gradually started to land more roles in The Haunted Airman (2006), The Bad Mother’s Handbook (2007), How to Be (2008), and Little Ashes (2008).

After accumulating several credits to his name, the British actor received a life-changing breakthrough when he was cast as the lead protagonist in the fantasy romance film, Twilight (2008). 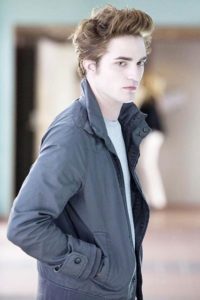 In 2008, Pattison played the role of Edward Cullen for the first time in the original film, Twilight. Adapted from Stephanie Meyer’s set of novels, it depicted the relationship between an ordinary teenage girl named Bella Swan (played by Kristen Stewart) and Cullen; as the movie progresses, he finds himself having to protect her from a group of evil vampires. His most prominent role to date, the film instantly turned the actor into a teen heart throb. Aside from Pattison and Stewart, Twilight also starred Peter Facinelli, Ashley Greene, Elizabeth Reaser, Nikki Reed, and Kellan Lutz.

Released in the United States on November 21, 2008, Twilight was nothing short of a crippling success; during the midnight showings alone, it had taken in more than $7 million. The film later grossed over $35.5 million on the opening day and close to $70 million during its opening weekend in the US and Canada. Altogether including ticket sales in foreign markets, the movie had brought in $392 million. Solely responsible for Pattison’s instant rise in fame, it earned him numerous awards including a Scream Award for Best Fantasy Actor and a Bravo Otto Award for Best Actor.

The following year, he reprised his role as Bella’s vampire boyfriend in the next installment, The Twilight Saga: New Moon (2009). A direct sequel to the first, it depicted the story after Edward Cullen abruptly leaves Swan in a bid to protect her. In addition to the two actors, the film also introduced a new character- a werewolf named Jacob Black (played by Taylor Lautner). Even more successful than the original, it grossed a record-breaking $26.3 million during its midnight opening; it later took in $142.8 million during its opening weekend. Well received, especially by fans, it went on to earn $709 million worldwide. For his portrayal of Edward Cullen in the second film, Pattison received three MTV Movie Awards, two Teen Choice Awards, and a National Movie Award, among a few others.

The story far from over, the next installment of the film series, The Twilight Saga: Eclipse was released in the summer of 2010. Following closely the events of the novel, it centered on Bella who finds herself forced to choose between Jacob and Edward as her high school graduation draws near. Once again, the three main protagonists of the movie were played by Kristen Stewart, Taylor Lautner, and Robert Pattison. Unsurprisingly another box office hit, it earned $30.1 million during the midnight opening, which set a new box office record. By the end of its opening weekend, the film had taken in $83.6 million; worldwide, The Twilight Saga: Eclipse grossed $698 million. As many expected, it earned the actor a handful of additional awards including a People’s Choice Award, and two Teen Choice Awards. 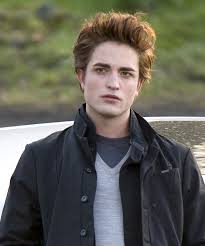 In 2011, he starred in the next continuation, The Twilight Saga: Breaking Dawn – Part 1. Directed by Bill Condon, it saw the return of all three actors including Taylor Lautner, Kristen Stewart, and of course, Pattison himself. While reviews were primarily negative, it turned out to be another box office hit; it grossed over $30 million in midnight showings and later earned $138.1 million during the opening weekend. Like before, the film earned the actor many industry awards including two Teen Choice Awards, three MTV Movie Awards, and a Teen Choice Award.

Finally, Pattison starred in the fifth and final film, The Twilight Saga: Breaking Dawn – Part 2 in the fall of 2012. Although critical reception was once again mixed, it proved to be yet another commercial success, having brought in $830 million worldwide- making it the highest-earning movie of the entire Twilight series. For his final portrayal of Edward Cullen, the actor garnered two Teen Choice Awards, and a Nickeldeon UK Kids’ Choice Award among several others.

Robert Pattison’s Film Roles Since Then

Since the end of the Twilight Saga series, Pattison has gone on to appear in a number of lower budget films. In 2014, he was featured in David Michod’s The Rover– a dystopian dama film based on a story by Joel Edgerton and Michod himself. Starring opposite of Guy Pearce, the actor played the role of Reynolds – a simple-minded youngster who has been sheltered almost his entire life. Other cast members include David Field, Gillian Jones, Scoot McNairy, and Anthony Hayes.

Originally released on June 12, 2014 in limited theaters, it took in close to $70,000 during its opening weekend. From there, it subsequently grossed $481,200 across 600 screens during its opening weekend. Although it only earned $3.2 million at the box office collectively, reviews were generally positive from critics. Not only that, but it garnered Pattison a number of awards from the Australian Film Critics Association, the Australiam academy of Cinema, and the Film Critics Circle of Australia.

In 2015, Pattison was selected to co-star in the biopic, Life. Based on the real-life friendship between James Dean and photographer Dennis Stock, it revolved around their relationship after the latter is assigned to shoot photos for the Hollywood star. While Pattison portrayed the role of Stock, fellow actor Dane DeHaan took on the role of Dean. An Australian, German, American, Canadian, and British co-production, it premiered at the Berlin International Film Festival on February 9, 2015. The movie later enjoyed a limited theatrical release on December 4, 2015 in select cities in the United States.

Continuing to appear on the big screen, the actor later starred in the historical film, The Childhood of a Leader (2015) which chronicled the childhood of a fascist leader following the events of WWI.

In 2016, Pattison co-starred alongside Charlie Hunnam in the 3D biographical film, The Lost City of Z, which described the real events surrounding explorer Percy Fawcett’s attempts to locate an ancient lost city in the Amazon during the 1920’s.

This May, the former Twilight star will be starring in the crime drama film, Good Time (2017), directed by Joshua and Ben Sadfie. According to the IMDb page, Pattison will presumably be playing the role of the male protagonist, a character by the name of Connie Nikas.

In addition to that, he will also be given ample screen time in the crime thriller, The Trap (2017) and in the Western comedy, Damsel (2017). Although the two movies are assumed to come out sometime in 2017, no official release dates have been revealed.

As well, it’s been announced that Pattison will be joining the cast of two 2018 films by the titles of Idol’s Eye and High Life, although both are currently still in the  pre-production stages.

Unfortunately for us fans, it would appear that the British actor is not a fan of social media per se- therefore, if you’d like like to keep on top of his current projects it’s probably easiest to follow his official IMDb page.