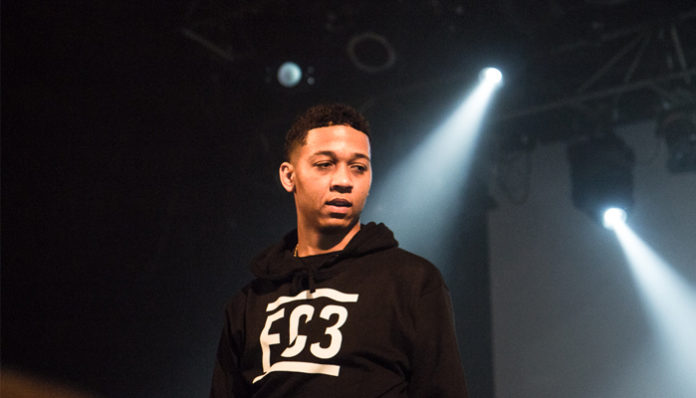 American hip hop artist Lil Bibby rose to fame with the release of his debut mix tape entitled, Free Crack in 2013. Born in Chicago, he witnessed both drug addiction and violence during his childhood. Eventually as a teen, he started to express his feelings toward the matter through heavy lyrics. At the age of nineteen, he came out with his first official music release, Free Crack. Emerging from the unknowns, Lil Bibby has since accumulated several credits to his name as a recording artist. As of 2016, he has come out with four mix tapes.

While his work didn’t turn him into a multi-millionaire overnight, it has gradually through the years, earned him a sizable fortune- especially for a twenty two year old.

What is his current net work? How did he make his money? Let us take a look at the answers to those questions.

How did Lil Bibby Make His Money and Wealth? 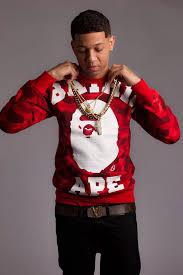 Born on July 18, 1994, Lil Bibby (Real Name: Brandon George Dickinson Jr.) had a rough childhood. Growing up in Chicago, Illinois, he not only witnessed his mother’s struggle with drug addictions, but also his friends going to prison. Despite all of the negativity that was present during his youth, he was somehow able to convert his personal agony and pain into something productive- music.

Known for his rather low voice, Lil Bibby started to pen his own beats in his late teens, inspired by the works of Jadakiss and Drake. Channeling his anger into rap, he eventually began recording his own songs in the early 2010’s. Through Grade A Productions, the aspiring rapper later released his debut mixtape entitled, Free Crack on November 29, 2013. Made available via digital download, the hip hop track was a major success for the artist. Despite his rookie status, it garnered him much praise from critics and publications such as Vibe Magazine.

A solid effort, Free Crack has since been downloaded more than 225,000 times on the online distribution platform, DatPiff. Kicking off his music career, the mix tape eventually led to the release of three singles, Tired of Talkin, Stressin, and How We Move. Additionally, four music releases of the tape have also been released including one for How We Move, which features King L. An impressive debut, the mix tape would have earned Lil Bibby a few thousand dollars.

Brought to the attention of the hip hop world, Lil Bibby was soon featured on the cover of Vibe Magazine shortly after the release of his mixtape. A year later on August 29, 2014, the rapper dropped his second mix tape, Free Crack 2. Hosted by DJ Drama, it featured several guest artists such as Juicy J, Kevin Gates, Wiz Khalifa, and Lil Herb. Considerably more successful than his first endeavor, it received primarily positive reviews from critics; for instance, BET awarded it a five star rating for its incredible level of introspection and depth. According to sources, the mix tape which went on to produce two singles, has since been downloaded more than 349,000 times via DatPiff.

The next year, the Chicago-native released the final mix tape of series, Free Crack 3. Made available on November 27, 2015, its production was handled by a team consisting of Metro Boomin, Jake One, C-Sick, Southisde, and Young Chop, among others. While it was popular among fans however, the title generally received mixed reviews from critics. Having said that, it still led to the release of the single Word Around Town. As of 2017, Free Crack 3 has been downloaded over 272,000 times online- making it his second most successful mix tape at the time.

Altogether, the Free Crack mixtape series would have earned Lil Bibby at least a few tens of thousands of dollars.

On August 22, 2016, Lil Bibby dropped his next mix tape, Big Buckz. Consisting of eight tracks, it marked his first release since the conclusion of the Free Crack series. Produced by C-Sick, Southside, Metro Boomin, Ryan Ryu, and DJ L, it further solidified his place as an up-and-rising rap artist.

Most recently on March 8, 2017, the rapper released his first extended play entitled, FC3: The Epilogue. His first record with Kemosabe Records, it boasted five tracks including EBT to BET, Aww Man, Sleeping on the Floor, Ridah and You Ain’t Gang; artists G Herbo and Future also made a couple of guest appearances.

Altogether, Lil Bibby has released five singles including Proud of Me Now, Ex Bitch, and Crazy.

Aside from his independent music releases, he has also collaborated with a handful of well known artists in the past year. For example in 2014, he worked with Kid Ink in a remix version of his hit single, Main Chick. Taken from his second studio album, it was released on July 7, 2014 and also featured Tyga, French Montana, Tyga, and Chris Brown.

That same year, he also worked with fellow rapper Juicy J on the hit track, Low. Co-written by Lil Bibby, it was made available via digital download on August 7, 2014. Well received, the general consensus for the single was positive. Shortly after it was released, it climbed to number forty four on the US Hot R&B and Hip Hop Songs Chart, making it Lil Bibby’s first musical effort (despite it being a collaboration) to have made it onto the record charts. To date, it remains to be one of the most well known works of his discography.

In addition to those, Lil Bibby has also made several appearances in the works of Lil Herb, King L, Lil Durk, Dreezy, Tink, Kid Ink, Memphis Bleek, and Trae tha Truth, and a few others. Some of the songs that he’s contributed to as a guest artist include Flexing Finessing, That’s How We Move, Do It Like I Do, Love Me Freestyle, Mechanical Animals, Doin Me, and Never Changed. 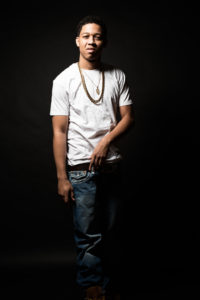 Let’s take a look at some numbers. Prior to the release of his debut in 2012, it was estimated that he earned $31,700- a portion of which came from his album, Afternoon (although it was not commercially successful). In 2013, his annual earnings went up a few thousand, which brought the amount close to $40,000. Continuing on, he reportedly earned $51,000 in 2014- which is over $10,000 more than what he took home in 2013. Considering that his rap career had already taken off by then seeing as how Free Crack was released in 2013, this is not too surprising.

Aside from his music releases, Lil Bibby has also earned a fair amount through his official Youtube Channel. As most of you probably know, it’s easy for artist to earn revenue via advertisements placed in one’s videos. As of 2016, the rapper has accumulated over 15,000,000 views on his channel; on average, a Youtuber can make up to $2 per 1000 views. If we do a little math, that works out to be ~$30,000.

According to various online reports, he also earns ~$13,000 from various endorsement deals and sponsors.

Of course like most artists, Lil Bibby also performs a number of concerts throughout the year which presumably rakes in a large amount of cash. For instance, this past April he performed at various events in New York; this upcoming fall, Lil Bibby will also be performing at a VIP Rooftop Party held at New York’s The Liberty Theater. Although it’s unknown how much exactly he gets paid per performance, the amount would probably easily be in the thousands.

No, Lil Bibby is not married. Having said that, it has recently been confirmed by the rapper himself that he is currently dating American model, Johanie Taylor.

In January 2016, a video clip of Lil Bibby asleep with Taylor surfaced on the internet. Although many were quick to speculate that he was got lacking, he later revealed through his Instagram account that the two were in fact, dating.

Does Lil Bibby Have Any Children?

No, from what we can gather, Lil Bibby does not have any children.

Where Did Lil Bibby Go to College?

Although Lil Bibby dropped out of high school as a teen, he has since earned his GED; the promising Chicago rapper even showed his grades to his fans on Instagram. In September of 2016, it was announced that he had enrolled at Illinois State University to study computer engineering.

Where Did Lil Bibby Get His Name?

Fans have always speculated about the origin about his stage name- where did he get it from? In a recent interview, the rapper revealed that he had actually adopted the name from NBA player, Mike Bibby- a shooter that helped the Wildcats win the NCAA title.

Where Does Lil Bibby Live? Pictures of Lil Bibby’s House

In 2014, Lil Bibby bought a new house in his hometown in Chicago. Unfortunately, details regarding his new residence have never been revealed. Therefore we do not have a picture of the rapper’s house to show at this time.

What Kind of Car does Lil Bibby Drive?

It’s unsure what kind of vehicle Lil Bibby drives. Having said that, the successful rapper did make it known that he purchased a car for his mother a few years ago.

How Much did Lil Bibby Make Last Year?

According to statistics, it is estimated that he earned approximately $67,000 in 2016.

Despite being only in his early twenties, Lil Bibby has achieved a lot of things that we can only dream of. Not only has he released a series of successful mix tapes over the past years, but he’s also collaborated with several big-name artists such as Kid Ink, Juicy J, Chris Brown, and Yo Gotti.

It has been announced this month that Lil Bibby will be coming forth with a new song called Change, which will feature Preme.