XXXtentacion Net Worth 2018- How Much Does He Actually Make? 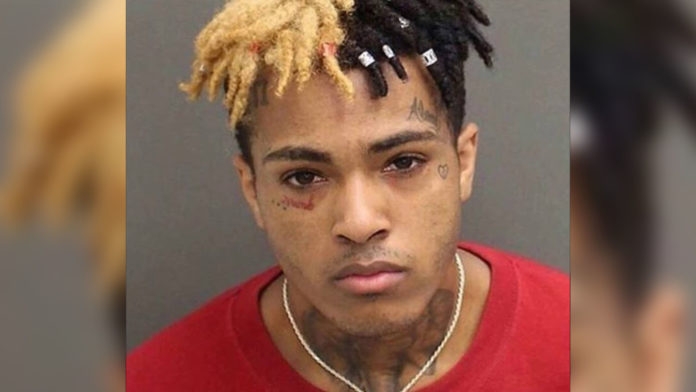 I have only a vague idea as to why, but the article topic pile these days is filled with young up and coming rappers. As a result I have looked at a lot of the rising stars in the rap scene, and finding out how they make their money has been an eye opening experience. There are really only three revenue streams for the most part, until they become more famous, then a forth core revenue stream opens up, for the vast majority of them. XXXtentacion is no different. The core of his admittedly small fortune comes from selling verse. Album sales can only be a thing when you have albums, and for the most part mixtapes are released free of charge, to avoid getting sued. There are a number of things going on in XXXtentacion life that are limiting his earning potential, being in trouble with the law tends to put a dampener on most careers. Still, his career is gaining momentum, helped along by allegations made by others against rapper Drake, for emulating his flow a little too closely in one of his tracks.

So let’s take a look at XXXtentacion  career so far, see how he is making his money, and where he might be going next.

How Did XXXtentacion Make His Money & Wealth?

This is going to be an interesting one. I have written articles about younger rappers in the past, but all of them have had something for me to latch on to. To extrapolate on. With XXXtentacion there isn’t much. He’s still so new, fresh on the scene. His brush with fame comes pretty much from word of mouth and that accusation, not made by him, directed at Drake for ripping him off. Don’t get me wrong, he is on his way up, and he has been featured in a few places, but I think it is too early to call his career one way or another. The charges brought against throw an extra spanner in the works as well.

So, the core three for rappers in how they make their money. First is selling verse, then selling records, then selling singles. XXXtentacion has no records as yet. He has released one single, that made it to number 36 in the hot 100, which isn’t bad, peaked at number 12 on the Rap Charts as well. Look at Me is an interesting track. there is a lot of influences at play, and not just from the classical rap canon. I can hear industrial, euro electronica and modern trap. The song did quite well, and I expect the forth coming album, and the other forth coming album, to sell well too.

Selling verse is where younger rappers make most of their money. When you see a featured artists, they wrote their lines. They get a few grand to rap on the track. This was news to me when I started this series of reviews, and it can be quite lucrative, depending on how popular you are. Considering XXXtentacion is still well under $1 million, we can assume that his 16 featured artists credits haven’t netted him all that much.

The final strut for any famous person is product endorsements. XXXtentacion has half a million Instagram followers, and normally that could be leveraged. But in order for you to get endorsement deals you need to be able to reflect well on the company in question. Companies that want to be associated with people who have been accused of federal offenses are slim. If he is convicted he can pretty much kiss endorsement and advertising money goodbye for the foreseeable future. I hope that is not the case.

Overall, he has a good base to work with, but there are a lot of obstacles in the way of XXXtentacion.

No, XXXtentacion is not married

What is XXXtentacion Real Name?

Why is he called XXXtentacion?


He takes his name from the Latin word for temptation. The x means something unknown, like in algebra. As for why there’s three of them… He goes into detail regarding the name in a recent 103.5 The Beat interview shortly after getting released. He comes across as affable, articulate, and impulsive in what he says.

Where is XXXtentacion from?

What legal issues does XXXtentacion have?

XXXtentacion life has been one of aggressive assault. A look through his past reveals a young man angry at everything. He got is many fights growing up, with the earliest cited reference being the glassing of someone he thought was being aggressive towards his mother. He was six at the time. He was expelled form school a few years later for breaking a kids jaw, who he claims insulted his mother. Needless to say XXXtentacion has a thing about his mother. She kicked him out of the house when he was a teenager. He lived with his grandmother, when he wasn’t in a correctional facility. In the years leading up to his 18th birthday he had a fair number of charges against him, including assault, battery, possession of an illegal firearm, robbery and a whole lot more.

Last year he was arrested three times on charges of robbery, aggravated battery and assault and battery of a pregnant victim. Said pregnant victim was his girlfriend. He claimed to have evidence that she wasn’t pregnant though, so I guess that makes it okay(intense sarcasm). He was released on bail last month, presumably with a trial pending. I have looked into these cases in the past, a worrying number of young up and coming rap artists are in and out of jail and if the past is any indication he will likely get off with a fine and community service. Depending on how much he makes off his forthcoming albums.