Philip DeFranco Net Worth 2018 – How Much The Youtuber Makes 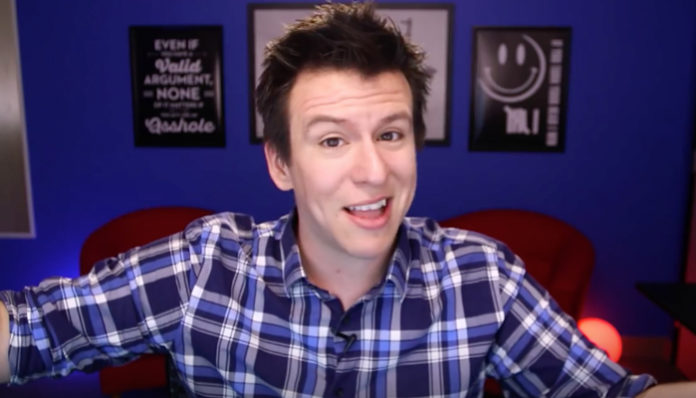 Youtube Personality Philip DeFranco is perhaps best known for his new series, The Philip DeFranco Show. Born in New York City, he started to make and upload his own videos in the late 2000’s, when he was in his early twenties. As he worked to attract a following online, he financially supported himself by working as a water at a couple of local restaurants. At one point, he even lived out of his car.

It wasn’t until his Youtube career took off, with The Philip DeFranco Show that he first started to gain a steady source of income. Since then, DeFranco has amassed well over 6,000,000 subscribers on the site, making him one of the most popular users on Youtube. Naturally, his success has also reeled him a considerable amount of revenue, turning him into a multi-millionaire.

How many streams of income does the New Yorker have? Where did his money come from? To answer those questions, let’s take a closer look at his career.

How did Philip DeFranco Make His Money & Wealth? 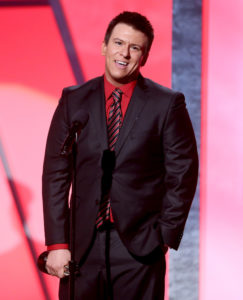 Born on December 1, 1985 in New York City, New York, Philip DeFranco (Real Name: Philip James Franchini, Jr.) spent his youth in The Bronx area with his family. After graduating from high school, he attended University of South Florida where he studied biology; he later transferred to East Carolina University but dropped out prior to obtaining his bachelor’s degree. During that period, DeFranco supported himself by working as a waiter at a few restaurants.

Despite his best efforts to support himself, money proved to be tight. At one point, he even lived out of his car, prior to moving back in with his parents in Florida. By then however, DeFranco had already launched his Youtube channel, having posted a number of videos to his page. Seeing as how the Youtube partner program was not available back then, he was known to have asked his viewers for donations as he had sold everything except his camera, Macbook, and clothes.

As he eventually got back to his feet, his Youtube channel also began to grow exponentially. By the end of 2007, he had opened up a second account called PhilipDeFranco, in which he uploaded a series of vlogs titled, The Vloggity. That August, DeFranco decided to conduct a bold experient- he posted a video called Big Boobs and You, with a matching thumbnail that flashed only for half a second; the rest of the clip was unrelated and consisted of him talking. Although it incorporated a degree of deception, it quickly became his most successful upload, garnering more than 1,800,000 views.

Since then, the Youtuber has shifted the focus of his content to news, and gossip. As of May 2017, DeFranco has accumulated over 5,400,000 subscribers and over 1,800,000,000 lifetime views on his main Youtube channel. How much does he earn from all of these views? Considering the fact that his page receives 800,000 views altogether per day, this works out to be approximately $1,200 per day or $440,000 per year- solely from ad revenues.

Currently, his most-viewed video to date is Youtube is Shutting Down MY Channel and I’m Not Sure What to Do, which has since been viewed close to 6,000,000 times. Assuming that he gets paid $3 per 1000 views, that translates to earnings of $18,000- and that’s from a single video alone.

In addition to his main channel, DeFranco also has his vlogging account as mentioned earlier, PhilipDeFranco. Although it’s not as crazy popular as The Philip DeFranco Show, its statistics are still fairly impressive- within ten years, he has accumulated over 1,100,000 subscribers and more than 180,000,000 lifetime views. Surely, if we were to add up the earnings from both of his Youtube accounts, we’d understand where his wealth came from.

In 2008, the Youtuber starred alongside Kevin Wu and Jessica Rose in the web series, Hooking Up which served as a promo for HBOLabs- it ultimately ran for ten episodes.

The next year, DeFranco himself actually claimed to have a yearly salary of more than $250,000 from various revenue streams, although he has since retracted this statement. A few years later in 2012, he explained that he pays himself an annual salary of $100,000 while he invests the rest back to his company.

That same year, the Youtuber also helped to co-found the online sketch comedy series, The Station, although he ended up leaving the project behind after a few months. Prior to his departure, he had only appeared in eight episodes. Since then, he has launched a new segment called Like Totally Awesome in which submitted video reviews are put together into one single clip.

In 2012, DeFranco launched a third Youtube channel called SourceFed. Originally produced by James Haffner, its primary focus was on technology, popular culture and news. As of March 2017, the account has amassed over 907,000,000 video videos and more than 1,700,000 subscribers. Despite its relative success however, it was later cancelled on March 20, 2017.

In 2013, Revision 3, a subsidary of Discovery Communications acquired DeFranco’s portfolio of videos, DeFranco Creative. Having said that, the exact details including the financial terms have not been disclosed.

Although DeFranco has expressed an interest in launching additional channels within his network between 2013 and 2014, the plans ultimatelly fell through due to logistical complications. Having said that, he did go on to start a family vlogging Youtube channel called The DeFranco Fam in the spring of 2015.

Since he first made himself known online, DeFranco has also branched out to television (which really isn’t all too surprising). In 2010, he appeared in a couple of episodes of the horror sci-fi series, BlackBoxTV. From there, he later made a cameo in the comedy, Rhett and Link’s Buddy System in 2016.

In addition to his work as an actor, the Youtube star has helped to produce the animated comedy, The Cyanide & Happiness Show which ran from 2014 until 2015.

On top of everything, DeFranco also has his own line of products called For Human Peoples which is available for purchase via its online store. From signed posters to socks, fans are able to support the Youtube star through its sales.

In 2015, he launched a new endeavor, an audio podcast called Lets Make Mistakes Together. Since then, over two dozen episodes have been released via iTunes.

Without just a few years, Philip DeFranco has become one of the most prominent video bloggers and Youtubers in the country. With multiple endeavors under his belt, his earnings have come from a series of sources, from The Philip De Franco Show to his merchandise line, For Human People. If the success that he’s attained from the past to the present is of any indication, his fortune will only continue to rise with the upcoming years.

Yes, Philip De Franco has been married to Londsay Jordan for two years; they had their wedding on March 7, 2015, which was captured on social media. After many years of dating, he proposed to her in an episode of DeFranco Loves Dat AZ Show, during which he popped the question after a set-up audience member asked whether or not they would ever tie the knot.

Does Philip DeFranco Have Any Children?

Yes, Philip Defranco has a son named Philip DeFranco III who was born on April 2014; Londsay’s pregnancy was first announced in the fall of 2013.

More recently in February of this year, the pair had announced that she was pregnant with her second son, who is due in September.

Did Philip DeFranco go to College?

Yes, Philip DeFranco went to the University of South Florida, before transferring to the Asheville Buncombe Technical Community College where he studied biography. From there, he attended the East Carolina University although he ultimately left prior to obtaining his bachelor’s degree.

Currently, the Youtube personality resides in Sherman Oaks, Los Angeles with his wife, son and two dogs. In July 2016, DeFranco announced that he had purchased a new house, although details have not been revealed.

Unfortunately not even a year after their move, their house was broken into while his wife and two-year-old son were asleep.

What Kind of Car does Philip DeFranco Drive?

As of 2014, Philip DeFranco was driving a red Dodge Challenger.

Hailed as one of the first vloggers on Youtube to find success by Lucas Shaw on TheWrap, many also consider him to be one of the major Youtube success stories. To date, his work has been featured in numerous publications including The Los Angeles Times, and the Huffington Post.

Not only that, but DeFranco has won a considerable amount of awards over the past years including one for Best Vlogger at the 2nd Streamy Awards and one for Sexiest Geek from Wired Magazine. In 2013, he received a 2nd IAWTV Award for Best New Series (among two nominations), and two awards for Best First Person Series and Audience Choice for Best Series of the Year from the 3rd Streamy Awards (among six nominations). In 2014, his work in SourceFed also earned him an accolade from the 4th Streamy Awards for the category of News and Current Events (among four nominations)

Most recently, The Philip DeFranco Show won two awards at the 6th Streamy Awards for Best News and CUlture Series and Audience Choice for Best Show of the Year.

For the Youtube star, one of his dreams had always been to establish his own news network. In May 2017, it was announced that DeFranco had successfully taken a step forward to this goal, having laid the foundation down for The Philip DeFranco Network (of which he is both the CEO and founder).

In February of this year, him and his wife also made the announcement that they were expecting a new family member, a son, who is due in September.