Robert Herjavec is one of the most well-known people in the world, but do you know that much about this man outside of the entertainment world? He might be famous on Shark Tank, but there is more to this man than meets the eye. We are going to tell you how rich Robert Herjavec is as well as how he got famous.

How Did Robert Herjavec make their money & wealth 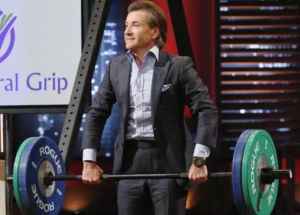 Robert Herjavec was born on September 14th, 1962 in Croatia. He moved to Halifax, Canada where he worked on a farm with his family. His father was a working man who instilled great values in Robert. Robert’s father was a factory worker who made $76 a week. His father instructed Robert never to complain, which was a guiding principle in Robert’s life. It made him want to persevere where others would have just given up. Robert Herjavec was no slouch himself. Robert went to the University of Toronto and graduated with a dual degree in political science and English. Upon graduation, he got a bunch of minimum wage jobs such as delivering newspapers, being a collections agent and waiting tables.

But that wasn’t all Robert had to offer. He started his career as a film producer and director on projects such as Cain and Abel and the return of Billy Jack. He was also a field producer for the 17th Winter Olympics in Bosnia. One year in between film productions, he took a position at a company called Logiquest, where Roberts sold IBM Mainframe emulation boards. Robert Herjavec didn’t have any computer experience at that time, but he did offer to work for free for six months, and the owner of the company took him up on it. Robert continued waiting tables during this time in order to make ends meet. Eventually, he did not have to do that anymore as he Rows 2 becoming the general manager of that company. This did not last forever. Robert Herjavec was fired from Logiquest in 1990. Robert did not let this get him down. He started his own business in his basement.

His company was called BRAC Systems, and it was an integrator of Internet security software. In March of 2000, BRAC Systems was sold to AT&T Canada for 30.2 million dollars. That is enough money to buy 200 $150,000 houses. That money wasn’t everything for Robert. He took a three-year break from 2000 to 2003 in order to be a stay-at-home father to his three children. After that, Robert Herjavec founded the Herjavec Group in 2003. The Herjavec Group was a Security Solutions integrator as well as a reseller and managed service provider. He is currently the CEO. His business the Herjavec Group is one of the fastest growing technology companies in Canada. It is grown impressively from three employees at its beginning to over 150 of employees as of 2013. All told, the Herjavec Group has done over five hundred million dollars in sales.

Robert is also a famous television personality. He appeared on the Canadian version of Shark Tank called The Dragon’s Den for 6 Seasons, as well as the actual Shark Tank in America. Both shows are wildly successful. The Shark Tank is estimated to have 7 million viewers. The Dragons Den is almost as famous as Hockey Night in Canada, which is quite an accomplishment. Robert won 3 Gemini Awards for an outstanding reality show in Canada. Robert was also on season 20 of Dancing With the Stars alongside his future wife, Kym Johnson. Both of them were eliminated before winning. Like most of the Sharks, Robert Herjavec is also a prolific author. He has written two books one of which is Driven: How to Succeed in Business and Life which was published in 2010. His other book is called The Will to Win: Leading, Competing, Succeeding which was released in 2013. He published his third book in 2016 which is titled You Don’t Have to be a Shark: Creating Your Own Success.

Robert Herjavec was married to Diane Plese from 1990 to 2014 (their divorce was finalized in 2016). The two have two daughters, Skye and Caprice, and a son named Brendan,

In 2015, he started dating Kym Johnson, his former Dancing with the Stars partner. The two became engaged in 2016 and later tied the knot in Los Angeles, California. In December 2017, it was announced that they were expecting twins, a boy, and a girl. They were born on April 23, 2018.

The earnings from his businesses have not been disclosed. However, it’s known that he makes at least $30,000 per episode of Shark Tank and he’s been on the show for 13 seasons so it’s made a fair bit over the years.

How much money does Robert Herjavec make per episode?

Robert Herjavec is estimated to make about $30,000 per episode of Shark Tank.

Robert Herjavec owns a mansion in Bridle Path, Toronto, which he paid $7.5 million for. Over the years, he’s hosted many celebrities including John Travolta, Bono, Michael Buble, and Mick Jagger. His house has also been featured on the shows How’d You Get So Rich? and MTV Cribs.

He also has a mansion in the Los Angeles area, which he purchased in 2017 for $6.7 million. The 4,500-square feet house has five bedrooms, five bathrooms, as well as a swimming pool and hot tub.

He also has a few vacation homes. In 2021, he and his wife sold their Hidden Hills home for $17 million. 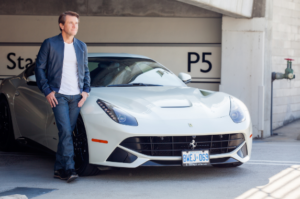 Robert Herjavec has made 57 deals across 126 episodes of Shark Tank. In season six, he made his largest deal with Zero Pollution Motors ($5 million for a 50% stake in the company).

On his website biography, Robert Herjavec says that he donates to a few organizations that dedicate themselves to cancer research. In that same vein, Robert has hosted a fundraiser for the Princess Margaret Foundation, which does cancer research. He has also done a few charity golf tournaments. 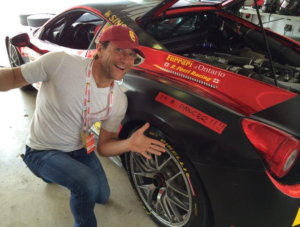 Robert keeps himself busy in between all his business ventures. He loves golf, and he also enjoys running. He recently competed in the New York Marathon. He got into dancing when he got on Dancing With The Stars for season 20. Robert Herjavec loves cars, and he is a race car driver. He’s raced at the Miami-Homestead in a fast Ferrari, where he announced that he would be competing on Dancing With the Stars.

Robert Herjavec’s true net worth might be achievement enough, but he also has won many business and entrepreneurial awards between himself and his business, the Herjavec Group. In 2012, Robert won the Ernst & Young Entrepreneur of the Year Award in Technology. Some of the other awards Robert received for his entrepreneurial prowess were the GTA Award for Excellence in Entrepreneurship by Profit 500, and the Computer Dealer News Top 25 Integrators from 2011 to 2013. Robert Herjavec also was presented with the Queen Elizabeth II Diamond Jubilee Medal by the Governor General of Canada. This award was given to him in 2012 for Outstanding Service to Canada.

Robert Herjavec is one of the sharks in the thirteenth season of Shark Tank, which premiered on October 8, 2021. The season is set to have 24 episodes, the last of which will air on May 20, 2022.

He has also been featured on The View, Carpool Karaoke, Home & Family, Good Morning America, Jay Leno’s Garage, and Celebrity Wheel of Fortune over the past couple of years.

And in 2019, he made a guest appearance in an episode of Family Guy (playing himself).