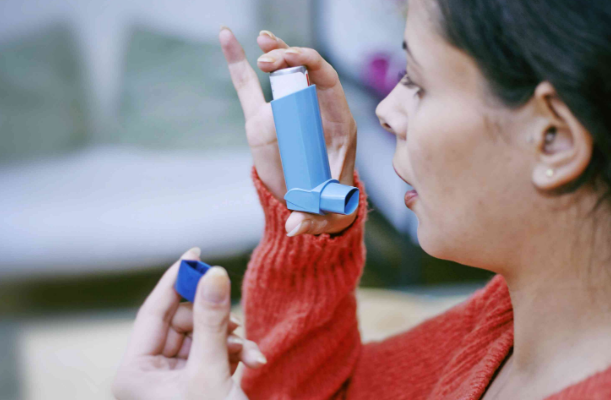 Asthma is one of the most common chronic diseases in the world. In the United States alone, it affects nearly 25 million people. While there’s no cure, there are treatments that can help control symptoms. For example, your doctor may prescribe a bronchodilator; it’ll help relax the muscles in your airways so that you can breathe more easily.

There are two main types of bronchodilators: short-acting (aka rescue inhalers) and long-acting bronchodilators. The former is used for quick relief of symptoms while the latter is used every day to prevent attacks.

Albuterol is one example of a short-acting bronchodilator. Also known as salbutamol, it works by dilating and opening the airways to the lungs. And it works very quickly—typically within 15 to 20 minutes.

Now you might be wondering, “are there any natural alternatives to albuterol”? The short answer is yes. There are various herbs and supplements that may help relieve asthma symptoms. In fact, that’s what we’ll be going over in this post.

Keep in mind, however, that they’re not a replacement for your prescription medications. If anything, you should always check with your doctor first before starting any alternative treatments. 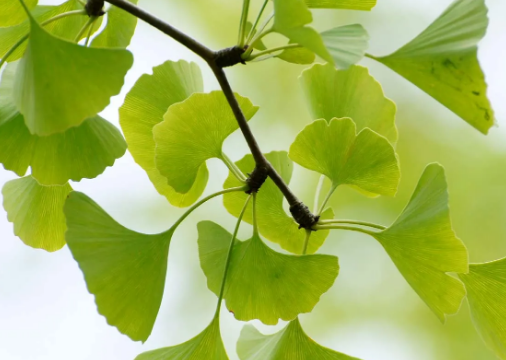 According to one study, it may significantly reduce the number of inflammatory cells in the airways. Not only that, but it may decrease their activation as well. Given that, it may be used as a complement to corticosteroid therapy for asthma.

Like most supplements, however, there is a potential for side effects. For example, it can cause headaches, stomach upset, dizziness, constipation, and allergic skin reactions. In some cases, it can also increase the risk of bleeding or bruising.

Given that, it’s important not to take ginkgo if you are pregnant or have a bleeding disorder. And if you’re going to get surgery, you want to stop taking it at least two weeks in advance.

Lobelia, also known as Indian tobacco, is sometimes used alongside conventional therapies to treat asthma symptoms. For example, it can help reduce coughing and wheezing. It does this by relaxing the air passages and stimulating breathing. Evidence has also shown that it may clear mucus from the lungs.

Aside from asthma, it may also help those with bronchitis and pneumonia, two types of respiratory infections that often cause coughing and difficulty breathing. Keep in mind, however, that there haven’t been any human studies on it therapeutic effects. With that said, initial findings from animal studies seem promising.

In terms of how to take it, you can make it into a tea or take it as a tablet, capsule, or liquid extract. Common side effects include mouth numbness, nausea, increased blood pressure, and a bitter aftertaste. It may also lead to arrhythmias in those with pre-existing heart conditions.

It’s also important to note that lobelia supplements are not regulated by the FDA so it’s hard to tell how much of the herb is in a product. 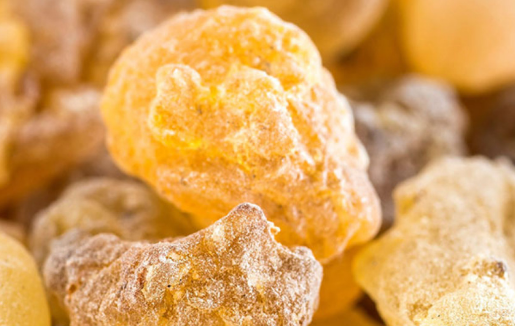 Boswellia is a herbal extract that’s known for its medicinal properties. Taken from the Boswellia serrata tree, it’s believed to have anti-inflammatory properties, which makes it effective for inflammatory conditions such as asthma.

Research has shown that it works by preventing the formation of leukotrienes, inflammatory mediators that are known to trigger asthma symptoms by contracting the bronchial muscles. Not only that, but it may also prevent the immune system from overreacting to environmental allergens, something that’s common in those with asthma.

As far as dosing goes, general guidelines suggest taking 300 to 500 mg orally two to three times a day. And while it’s a natural extract, it can still cause side effects. For example, it can cause nausea, diarrhea, and acid reflux. There’s also a chance of skin irritation if you apply it directly to the skin. It can accelerate menstrual flow in women as well. (Boswellia may stimulate blood flow in the uterus).

It’s also known to interact with medications such as aspirin, ibuprofen, and other NSAIDs.

Mullein is a woolly-leafed biennial plant that’s native to Europe and Asia. As a herbal supplement, it can help treat various medical conditions from the common cold to asthma.  This has to do with the fact that it has a soothing effect on the bronchioles (the tiny air passages in the lungs).

It’s also an expectorant, which means that it can help get rid of excess mucus in the body. That’s not all—it also contains small amounts of demulcent, a substance that creates an anti-inflammatory coating over mucous membranes. Both of these qualities make it a good option for asthma and other respiratory conditions such as bronchitis and COPD. As it is with most supplements, however, there are limited studies on their effects in the medical setting.

While mullein tablets and capsules are available, most people make a tea with the dried leaves and it’s caffeine-free so you won’t have to worry about staying up at night. There’s also a tincture that you can add to warm water.

Generally speaking, it’s well-tolerated. Some people, however, may experience skin irritation. It’s also unregulated in the US, which means that the actual content of the products may not match the labels on the bottle. 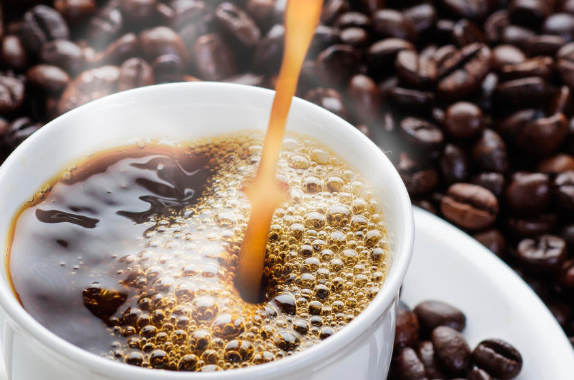 Believe it or not but caffeine may actually help improve asthma symptoms. Preliminary studies show that it may help improve airway function for up to four hours by slowing down the inflammatory process. This has to do with the fact that it’s very similar to theophylline, a bronchodilator drug that works by opening up the airways in the lungs (it’s often prescribed for asthma and COPD).

In fact, it’s often considered a weak bronchodilator. In other words, it falls into the same category of drugs as albuterol. For this reason, those performing a lung function test must avoid caffeine for at least four hours prior to testing (it can cause misinterpretation of the results).

Caffeine contains antioxidants and other substances that may help reduce inflammation in the lungs. It may also protect against liver cancer, type 2 diabetes, cardiovascular disease, stroke, and Parkinson’s disease.

However, you may need to drink as many as three cups a day to reap the benefits. Given that, it’s probably not the best option when you’re having an asthma attack. Not to mention that too much caffeine (more than 400 milligrams) can cause its own side effects including shakiness, restlessness, dizziness, anxiety, headache, and dehydration.

Turmeric contains curcumin, a compound that’s known for its anti-inflammatory properties. In fact, research has shown that it’s even more effective at reducing inflammation than aspirin and ibuprofen. How does it work? By inhibiting mediators of the inflammatory response including chemokines, cytokines, growth factors, adhesion molecules, and enzymes.

According to one study published in the Journal of Clinical and Diagnostic Research, those who took 500mg of curcumin daily for 30 days (in addition to standard asthma medications) experienced less airway obstruction than those who are using the standard treatments alone. They also had greater improvements in blood parameters like total white blood cell count and erythrocyte sedimentation rate.

With said that said, it doesn’t seem to have any effect on asthma symptoms such as wheezing, coughing, and chest tightness. However, it’s not associated with any significant side effects so it may be worth trying as an add-on to conventional therapy.

There are exceptions, however. For example, you should not take turmeric if you’re on blood thinners as it can heighten the effects of the medications (ie. you’ll be at a higher risk of bleeding). It can also interfere with other drugs such as antihistamines, antidepressants, antibiotics, and chemotherapy treatments. 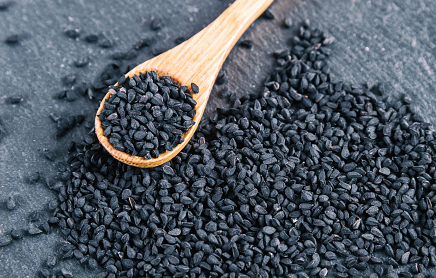 Nigella sativa, also known as black cumin or black seeds, is a herb that’s native to Africa, Asia, and the Mediterranean. Not only is it great for cooking, but it can also help treat respiratory conditions such as bronchitis and asthma.

For one thing, it contains thymoquinone, a compound with powerful anti-oxidant and anti-inflammatory properties. The latter may provide bronchodilator support by opening up the airways in those with asthma. While it’s not as effective as the drug theophylline, it did improve the results of pulmonary function tests (including peak expiratory flow, and forced expiratory volume), according to one study in which 15 participants consumed a boiled extract of the herb. However, more research is needed to confirm these findings.

Also, it comes in many forms. For example, you can purchase it as a powder, capsule, essential oil, or extract. While they all work the same, pills, extracts and powders tend to be the better choice for those who are trying to treat internal inflammation.

And since it’s used in cooking, it’s likely safe, especially if you’re only taking small amounts. Large doses, however, can damage the kidneys and liver over time. The oil can also cause skin irritation if applied topically.

Honey has anti-inflammatory properties, which may benefit those with asthma. For one thing, it may decrease swelling in the airways. It’s particularly effective for those with nocturnal asthma; it can help prevent coughing and wheezing so that you can sleep better at night.

For the best results, researchers suggest taking two teaspoons of honey at bedtime. For example, you can mix it with water or tea. It’ll trigger your salivary glands to produce more saliva, which will help lubricate the air passages and ease your cough. Not only that, but it may also reduce inflammation in the bronchioles and help break up mucus. That way, you’ll be able to breathe more easily.

Keep in mind, however, that there have been no studies on its effect on asthma. If anything, most of the current research has been on whether or not it’s an effective cough suppressant (which it is).

Honey may also trigger allergic reactions in some individuals. Stop taking it right away if you’re experiencing a cough, itching, swelling under the skin, or difficulty swallowing. Also, honey should not be given to those under the age of 12 as it can cause botulism, a rare type of poisoning that can potentially be life-threatening. 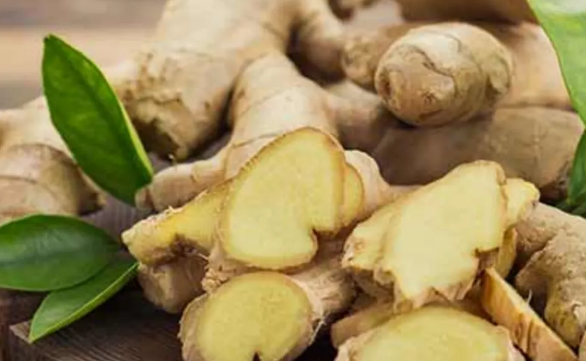 Ginger may have bronchial relaxation properties. While the exact mechanism of action is unknown, it may reduce allergic responses by lowering IgE levels (a type of antibody that’s found in mammals). Researchers also believe that it may have a direct effect on smooth airway muscles.

This is supported by one study in which those who took ginger extract experienced fewer asthma symptoms; it also lowered levels of inflammatory markers in the body. More research will be necessary, however, to determine whether or not it’s a good adjunctive treatment.

In terms of how to consume ginger, it can be eaten both fresh and dried. For example, you can use it when cooking. If anything, it’ll add flavor to the dish. It can also be taken as a liquid extract, tablet, or capsule. You can even make it into a tea; all you need is some water and some freshly grated ginger.

Side effects are also mild. For instance, it can cause heartburn, gas, diarrhea, and abdominal discomfort. You may also experience lightheadedness as ginger may help lower blood pressure. It also contains salicylate, a chemical that may interact with blood-thinning medications. However, you’d have to consume a lot more than the recommended amount to experience these problems.