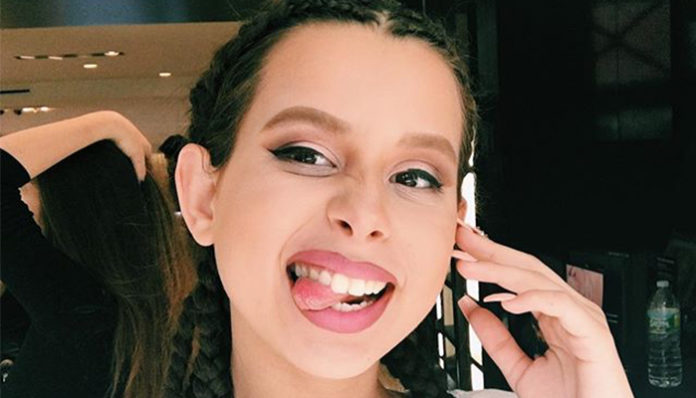 A social media star, Ariana Renee aka TheyLoveArii, originally rose to fame on the music network, Musical.ly. Having landed herself a feature, it didn’t take long for her to establish a solid fan base- today, she has over 6 million fans on the platform. Some of the fellow social stars that she’s collaborated with on the app include Weston Koury and Loren Gray.

Since then, the teen has also captured millions of hearts on Instagram, Twitter, and Facebook. Close friends with Baby Ariel, the two have also collaborated on videos on multiple occasions. On Youtube alone, the 17-year-old has already amassed over 800,000 subscribers, with more than 42 million combined views to date. If anything, her popularity has only been on the uprise over the past year.

Considering her online presence, how much does she make from her online endeavors? How is the brunette doing for herself, financially? From what we can gather, TheyLoveArii currently has an estimated net worth of $20,000. Where did she earn most of this money from? Let’s see if we can find the answers to those questions below.

How did TheyLoveArii Make Her Money & Wealth?

Born on October 23, 2000, in Miami, Florida, TheyLoveArii (Real Name: Ariana Renee) is of mixed descent- while her mother is from New York, her father’s family stems from Nicaraguan. The older of two siblings, she has a younger sister who is nearly a decade younger than her.

Recognizing the potential of social media, the teen jumped on the bandwagon in 2015. That summer, she joined her first platform, Musical.ly. With a little bit of luck, she eventually landed a feature on the app, which scored her a considerable amount of followers. Close friends with Baby Ariel, the two also collaborated on many occasions; of course, her popularity only heightened with the said collaborations.

Not long afterward, she started to make herself known on Youtube. Filling her channel with challenges, vlogs, and more, it wasn’t long before her subscriber count started to go up. From then until now, the brunette has gained over 800,000 subscribers with more than 42 million views- quite a feat, for a teenager!

Today, her most popular upload, Musical.ly Tutorial, Tips & Tricks, has generated over 5.6 million hits. Some of her other top hits include My Shoe Collection, Water Challenge with Baby Ariel, and Reading Hate Comments– all of these have been viewed well over a million times each.

With the audience that she has, and the views that she receives, how much revenue is her YouTube channel capable of generating? Assuming that she’s paid in the area of $2 to $5 per 1,000 views, and that less than half of her total view count (i.e. 42 million) is monetized, her earnings so far would be around $33,000 to $80,000.

Naturally, as her fan base continues to grow, so will her overall view count. With that, her ad revenue is likely also to increase. If anything, the future is looking fairly brought for the young 17-year-old.

No, the teen is not married. As far as we know, she is currently single and not in a relationship.

Does TheyLoveArii Have Any Children?

No, TheyLoveArii does not have any children.

Did TheyLoveArii Go to College?

As of 2018, TheyLoveArii is still working toward completing high school. For now, it’s unknown what her plans are after graduation.

What is TheyLoveArii Famous For?

TheyLoveArii originally rose to fame on the music app, Musical.ly, where she’s since amassed over 6 million followers.

Aside from that, she’s also well known on YouTube, where she has more than 800,000 subscribers.

TheyLoveArii currently lives with her parents in Miami, Florida. Photos of her house is unavailable at this time.

What Kind of Vehicle Does TheyLoveArii Drive?

Information on TheyLoveArii’s vehicle is unavailable at this time

How Much Money Did TheyLoveArii Make Last Year?

Unfortunately, we do not have any information on TheyLoveArii’s 2017 salary at this time.

As far as we can tell, the teen did not host any meet and greet events in 2017. For the latest news and announcements, be sure to tune into her official website at theyloveariiofficial.com.

If you’re a fan, you probably want to follow her on more than one social platform. For your convenience, we’ll be listing some of them here- for instance, you can find TheyLoveArii on Twitter at @Arii, and Instagram at @arii. On Facebook, she also has an official fan page, where you can offer love and support here.