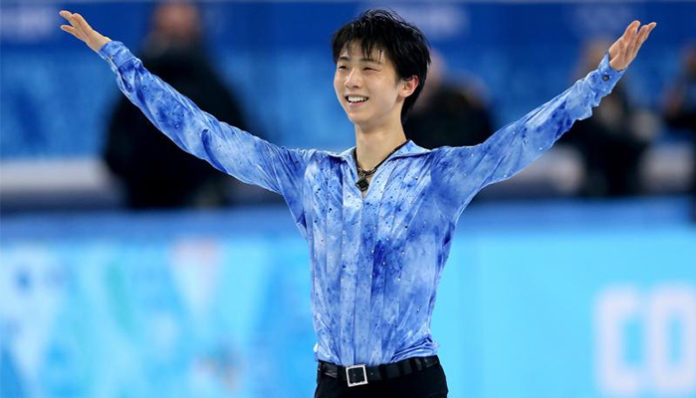 A Japanese figure skater, Yuzuru Hanyu is not only the 2014 Olympic champion, but he has broken multiple world records twelve times. Hailing from Sendai, Miyagi, he will be competing in his second Winter Olympic Games later this month in Pyeongchang. Are you a fan? Want to learn more about the star athlete? If so, be sure to keep scrolling- we’ve got more cool facts about him down below!

Not only that, but he has broken numerous world records. For one thing, he’s the first man to have received over 100 points in the men’s short program and over 200 points in the free skate. He’s also the first skater to have successfully landed a quadruple loop in competition.

Yuzuru Hanyu was born and raised in Sendai, Miyagi. For his training, however, he currently resides in Toronto, Canada.

His current weight is approximately 117 pounds

His current weight is approximately 53 kg

Is Yuzuru Hanyu Currently in a Relationship?

From what we know, he is currently single and not in a relationship.

We do not have any information on Yuzuru Hanyu’s previous relationships at this time.

He has an older sister named Saya.

As far as we know, he does not have any brothers.

Yuzuru Hanyu does not have any children.

As a teen, he completed his secondary education at Tohoku High School- the same school that Japanese figure skaters Shizuka Arakawa and Takeshi Honda had attended.

Yuzuru Hanyu studied at Waseda University after graduating from high school. Due to his training schedule, he entered an e-school program, which he was able to attend from Canada. In the summer of 2020, it was revealed that he completed his graduation thesis on 3D motion capture technology and how it can be used in figure skating judging.

He later graduated from the university in September 2020. Due to the COVID-19 pandemic in Japan, however, he was unable to attend the ceremony.

For now, information on Yuzuru Hanyu’s salary is unavailable.

As far as we can tell, Yuzuru Hanyu’s net worth currently stands at $2 Million.

His hobbies include listening to music and collecting earphones

Some of his favorite music artists include Bump of Chicken, Hi-Fi Camp’s R, and Fumiya Sashida

Born on December 7, he is a Sagitarrius

Yuzuru Hanyu does not have his own YouTube channel

Yuzuru Hanyu is not active on Snapchat