What Happened to Geri Halliwell – 2023 Update for Ginger Spice 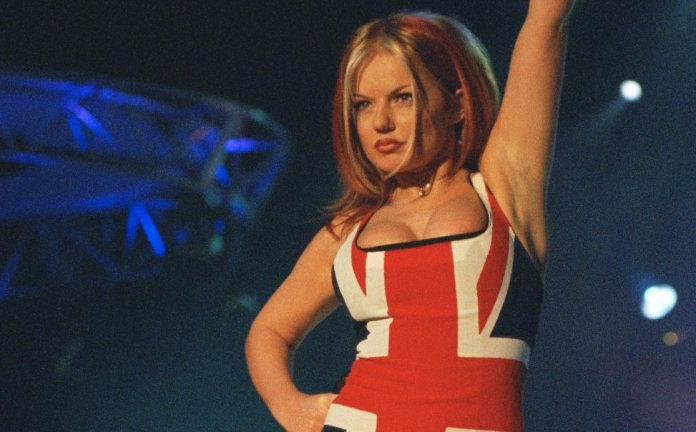 Geri Halliwell rose to fame as a member of the Spice Girls in the 1990s. She eventually left the group to pursue a solo music career. Where is she now in 2023?

Geri Halliwell was born on August 6, 1972, in the town of Watford. Growing up, she and her family lived in public housing in North Watford. She went to Camden School for Girls and Watford Grammar School for Girls and eventually worked as a dancer at a local nightclub after graduating. She was also a glamour model and hosted the Turkish version of the reality game show, Let’s Make a Deal.

At the age of 22, she responded to a casting call that she found on The Stage magazine alongside Mel B, Melanie C, and Victoria Beckham. Following a successful audition, she became an official member of the group. The girls later signed a recording deal with 19 Entertainment in 1995.

On June 7, 1996, the Spice Girls, as they were known as, came out with their first ever single, “Wannabe”. It proved to be a major hit, reaching the top of music charts in more than 35 different countries, including the UK, Australia, Belgium, Ireland, New Zealand, Europe, and the United States, among several others. Before long, it had become the best-selling single by an all-girls group of all time with millions of sales worldwide.

Shortly afterward, each of the girls was given a nickname and because of her  flaming red hair”, Halliwell was known as “Ginger Spice.”

Several other releases followed including the singles, “2 Become 1”, “Spice Up Your Life”, “Say You’ll Be There”, “Viva Forever”, and “Too Much”. The girls also starred in a film called Spice World, which came out in December 1997. While reviews were mixed, it was a commercial success, pulling over $100 million at the box office.

Leaving the Spice Girls For a Solo Music Career

In May 1998, Halliwell announced that she would be leaving the girls due to mental health issues and differences between the members. Prior to leaving, she had been traveling for their debut concert tour, The Spiceworld Tour. As a result, the girls had to complete their North American tour without her.

They also co-wrote a few songs about Halliwell including “Let Love Lead the Way”, “Goodbye”, and “Tell Me Why”, which were included in their album Forever.

Just a year after leaving the Spice Girls, Halliwell launched her solo music career with the album Schizophonic. Produced by Phil Bucknall and Absolute, it consisted of several tracks including “Look at Me”, “Bag It Up”, “Lift Me Up”, and “Mi Chico Latino”, all of which peaked at number one in the UK Singles Chart. The album itself also reached number four in the UK. She eventually received a BRIT Award nomination in 2000 for Best Pop Act and Best British Female Solo Artist.

In 2001, she released her second solo album, Scream If You Wanna Go Faster. In the UK, it peaked at number five with more than 200,000 copies sold. It also spawned several singles including a cover version of the Weather Girls’ “It’s Raining Men”, which has become her biggest hit to date. The following year, she received another BRIT Award nomination, this time for Best British Single and Best British Female Solo Artist.

She eventually took a short break from music before returning with the single “Ride It” in late 2004. She had also planned a tour of the UK and Ireland but due to lack of sales, it was ultimately canceled.

In May 2005, she released a new single titled “Desire”, which reached the top of the UK Dance Charts and number 22 on the UK Singles Chart. Not long afterward, she dropped her third solo album, Passion. However, it received minimal attention from critics and the public. As a result, her recording contract with EMI was not renewed. In fact, she had stated that she was not interested in producing another album. Rather, she was more interested in being a mother and writing children’s books (she had given birth to a daughter in 2006).

In the summer of 2007, the Spice Girls announced that they would be regrouping for a reunion tour; it would be their second time touring as a quintet since 1998. The Return of the Spice Girls Tour, as it was called, consisted of 47 shows and ended up being a huge success; more than 581,000 tickets were sold for a gross of $70 million.

The girls reunited for a second time at the closing creepy of the 2012 Olympic Games in London, where they performed a medley of “Wannabe” and “Spice Up Your Life”. They also worked with Judy Grammar and Jennifer Saunders on a musical called Viva Forever, which is based on their songs. It was later released in December 2012.

That same year, Halliwell made her first solo appearance at the Breast Cancer Care- her first in seven years- where she debuted a new song titled “Phenomenal Women”. She also announced that she would be shelving the album that she’d previously been working on as she wanted to move in a different direction with her music.

In July 2016, Halliwell, Bunton, and Mel B reunited for the 20th anniversary of their debut single “Wannabe”. Melanie C and Beckham opted not to take part in the project, though they gave their blessings. However, it was ultimately canceled due to Halliwell’s pregnancy.

Halliwell’s fourth solo album, Man on the mountain was eventually leaked onto the internet in November 2016. It consisted of 13 songs, including “Sheriff”, “Phenomenal Woman”, and “Love and Light.” She also released a charity single the following June, to help raise funds for Childline.

Two years later, the Spice Girls announced their second reunion tour. Their first tour without Beckham, it included performances in the UK and Ireland. And like their previous tours, it was so popular that several ticket-selling websites crashed due to an overwhelming amount of people trying to buy tickets. Their final performance at Wembley Stadium went on to earn them the Top Boxscore Award at the 2019 Billboard Live Music Awards.

In 1999, Halliwell wrote a book titled If Only, which described her life with the Spice Girls. It sold more than a million copies in the UK alone and reached the top of many best-seller lists. The profits were later donated to a Breast Cancer charity.

Her second autobiography, Just For the Record, was released in 2002 and detailed her rise to prominence as well as her celebrity lifestyle.

And in 2007, she signed a multi-book deal with Macmillan Children’s Books. The first book went on to sell over 250,000 copies within the first five months, making her the most successful celebrity children’s author of 2008.

That’s not all, she has also appeared on television and on film many times (in addition to her appearances with the Spice Girls). In 1999, she starred in a TV documentary titled Geri, which attracted more than 4.5 million viewers. She has also released a couple of yoga DVDs called Geri Body Yoga and Geri Yoga.

And in 2002, she was featured as a judge on Posters: The Rivals alongside Louis Walsh and Pete Waterman. She was also a guest reporter on News and made appearances on the TV show Sex and the City. At one point, she also made an appearance in the movie Crank: High Voltage alongside John Damon.

Since then, she has also appeared in the shows The X Factor, Australia’s Got Talent, The One Show, This Morning, and All Together Now.

These days, the mother of two spends most of her time on her farm, where she looks after her animals. However, she does venture out from time to time. For one thing, she and her husband can often be found at the Formula One races. In fact, she has made several appearances in the Netflix documentary, Formula 1: Drive to Survive, which premiered in 2019.

Speaking of television appearances, she has also been featured in Celebrity Supply Teacher, How to Keep Your Dog Happy At Home, and All Together Now. She also appeared as a guest judge on RuPaul’s Drag Race UK in 2019, which thrilled her LGBTQ+ fans.

That’s not all, she has also appeared in the TV series short, Rainbow Woman and has lent her voice to The Crown with a Shadow.

And just a week ago, she appeared at The Queen’s Platinum Jubilee Concert with a pre-recorded message. However, many fans were concerned with her “weird” appearance – some even went as far as calling her “Cringer Spice.” Following the Platinum party, Halliwell posted a throwback picture on Instagram of when she and the Spice Girls met the Queen. In the photo, the monarch is holding a bouquet of flowers while shaking Halliwell’s hand.

In recognition of her work promoting children, young people, and women’s rights, she will also be receiving an honorary doctorate award from Sheffield Hallam University later this fall.

She also has a YouTube channel called Rainbow Woman, where she posts vlogs as well as her music. As of today, she has over 14.6K subscribers and more than 1.1 million views across her all of her videos.