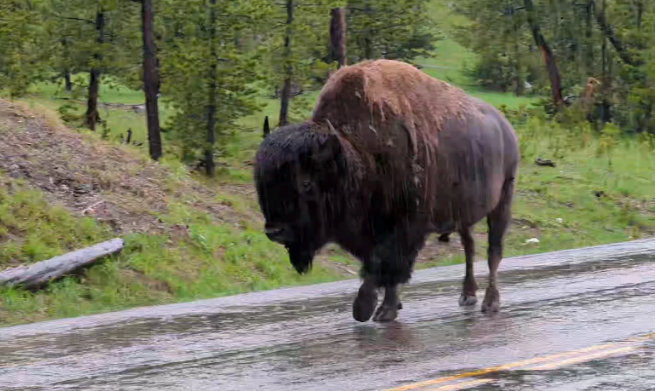 A woman from Pennsylvania was gored by a large bull bison while visiting Yellowstone National Park, making it the second animal attack at the park this week.

Allegedly, the incident happened after the woman got too close to the animal while returning to her car at the trailhead. The bison subsequently charged and gored the woman as it perceived her actions to be a threat. She was subsequently transported to a Wyoming hospital, where she was treated for non-life-threatening injuries.

According to the park, bison have injured more visitors than any other animal in Yellowstone. Ultimately, this has to do with their unpredictability. Not only that, but they can also run three times faster than humans. For this reason, visitors to the park are encouraged to stay at least 25 yards (75 feet) from the animals.

Just a day earlier, a 34-year-old man from Colorado was gored by a bison at the park while walking on the boardwalk with his family. When his family did not leave the area near the Giant Geyer, the bull bison charged and attacked the man. He suffered injuries to his arm and was subsequently taken to a hospital.

Prior to that, a 25-year-old woman was attacked by a bison in May; it was the first reported incident of 2022. According to a previous news release, she was gored after approaching the animal near a boardwalk and was tossed 10 feet into the air.