What Happened To Susan Boyle – Recent Update for 2023 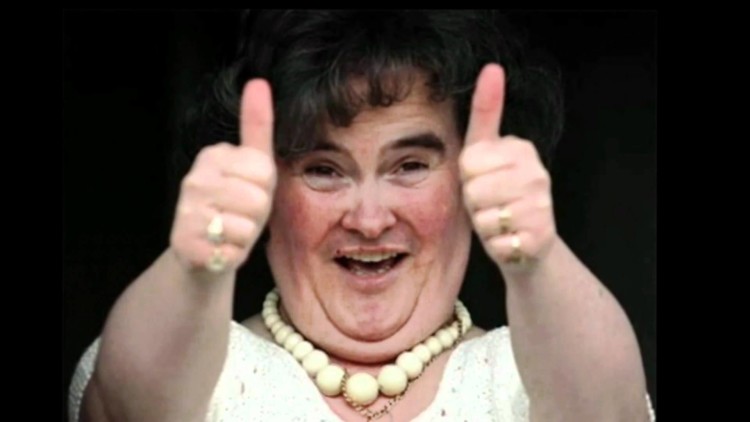 Taking to the stage in a federal reserve beige, paisley dress, and a wry smile, Susan Boyle shocked the world with her incongruous performance on “Britain’s Got Talent”. Gaining the nickname “The Woman Who Silenced Simon Cowell”, her overnight fame overwhelmed the then 47-year-old singer. She had a minor breakdown shortly after rising to fame, but has since turned it around, so what is she up to these days? 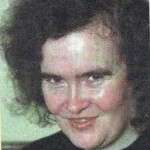 Susan Boyle was born on April 1st, 1961 in Blackburn, Scotland. Her parents, Irish migrants Patrick and Bridget Boyle, were a miner and shorthand typist respectively. She was born the youngest of eight children and suffered birthing complications, being deprived of oxygen for a short time. This led to a misdiagnosis of brain damage. A more recent analysis from doctors has revealed that Susan Boyle suffers from Asperger’s Syndrome, a developmental disorder on the autistic spectrum. The diagnosis would explain her musical focus and her lack of close personal relationships.

The town of Blackburn isn’t exactly known for music, and school was no real refuge for the young Susan Boyle. Kids can smell difference and she was mercilessly mocked by her peers for her perceived simple-mindedness. She left school with few qualifications, but was undeterred and redoubled her efforts in mastering her voice. She would spend her free time practicing and seeing the occasional show to listen to professional singers. She saw Les Misérables for the first time shortly after leaving school and she fell in love with the song that would make her famous, I Dreamed a Dream.

In 1995 she auditioned for the Michael Barrymore talent show “My Kind of People”. Her performance never made it to television, but I was able to find candid footage of the event. She sang as well as you would imagine, but the event was marred by the audience’s jeers and Barrymore’s juvenile antics, at one point laying on the floor and attempting to see up her skirt, at this point Barrymore was still in the closet. It’s a sad thing to think that she could have seen recognition for her talents much sooner.

She lost her father in 1997 and had to put her dreams of stardom on hold to look after her mother. Bridget, her mother, was her biggest fan though, and it was her that encourage Susan Boyle to get back out there and take part in competitions and Karaoke again. She cut a demo tape in 1999 and sent it to record labels and radio shows. Unfortunately, she was hit with another tragedy in 2000 when her sister Kathleen died of an Asthma attack. She took the loss hard and threw her emotions into her music.

She started singing lessons in 2002, with voice coach Fred O’Neil. That year she appeared in numerous benefits and local shows. She was hit with a final tragedy in 2007 when her mother passed away. Unlike with her sister’s death, which made her refocus, her mother’s death drove Susan Boyle into a hermitage. She didn’t sing for nearly two years and spent her time seeing to elderly neighbors and her local church. In 2008 her singing coach convinced her to try out for “Britain’s Got Talent” and in 2009 she did.

Susan Boyle’s studio quality voiced juxtaposed with her homely looks flabbergasted the cynical audience, she received a standing ovation before hitting her first crescendo. She made it to second place in the competition overall, losing to the dance troupe Diversity in the final. There were accusations of online voting fraud at the time, and considering how easy it is to set up a voting script there may well be truth to the claims. Her début album was released in 2009, called I Dreamed A Dream, It sold extremely well, topping the charts in both the UK and the USA. The following year she released a Christmas album. She held a small competition before the release of the Christmas record, The Gift, the winner of which got to perform a duet with her on the album.

She released her third album in 2011, Someone to Watch Over Me, which again hit the number 1 spot in the UK. Another album followed in 2012, though it did not sell quite as well. She made her acting début in 2013 as Eleanor Hopewell in “The Christmas Candle”. The film is based on the novel of the same name by Max Locado. Set in the 19th century English village of Cotswolds, about the simple townsfolk in need of a miracle. Susan Boyle said at the time;

“I can’t believe I’m making a film. I’m very excited to be a part of The Christmas Candle. Everyone on set is a delight to work with and it’s a fantastic experience to be part of the team.”

She sang an original song for the film, Miracle Hymn, which was featured in her fifth album Home For Christmas.

To celebrate ten years in the showbiz, she released her first compilation album, Ten, on May 31, 2019. It included 13 previously released songs including “Cry Me a River”, “Hallelujah”, ” Wild Horses ”, ” I Dream a Dream ”, and ” Over the Rainbow ”. Not only that, but it also came with four new recordings – “Climb Every Mountain”, “500 Miles”, “Stand By Me”, and “A Million Dreams.”

The album reached number five in the UK and peaked at number 49 on the US Billboard Top Album Sales music chart. It also made its way to the top 5 in Scotland and Australia.

To promote the album, she hit the roads for her Ten Tour (her second to date), performing in eight cities including Dundee, Glasgow, Nottingham, Woking, Bristol, Cardiff, Manchester, and Edinburgh. The first performance was held at the Usher Hall in Edinburgh on March 1st, 2020 and the last show took place at Palace Theatre in Manchester on March 11th, 2020.

After completing the tour, she retreated to isolation due to the COVID-19 pandemic. As a type-2 diabetic, she felt that it was necessary to protect herself from the deadly virus, which is completely understandable.

She has also made several television appearances over the past few years. In 2019, she was invented to perform on the fourteenth season of America’s Got Talent. She also appeared as a special guest on Britain’s Got Talent – the same show that shot her to stardom back in 2009. That’s not all, she also appeared on Songs of Praise, Loose Women, and Lorraine.

In 2021, she also made a special cameo appearance in the BBC soap opera, River City, where she played herself. That same year, she sang “Wings to Fly” at the 2020 Tokyo Olympics Opening Ceremony as a flock of doves was released into the stadium.

As of 2022, the singer is 61 years old. However, she has no plans to retire anytime soon. In fact, she plans on singing well into her seventies like her idol, Elaine Paige. For those who’d like to see what she’s up to, you can follow her Instagram; she posts occasionally under the handle @susanboylemusic. She also has an official Twitter page (@susanboyle) with more than 33.4K followers.