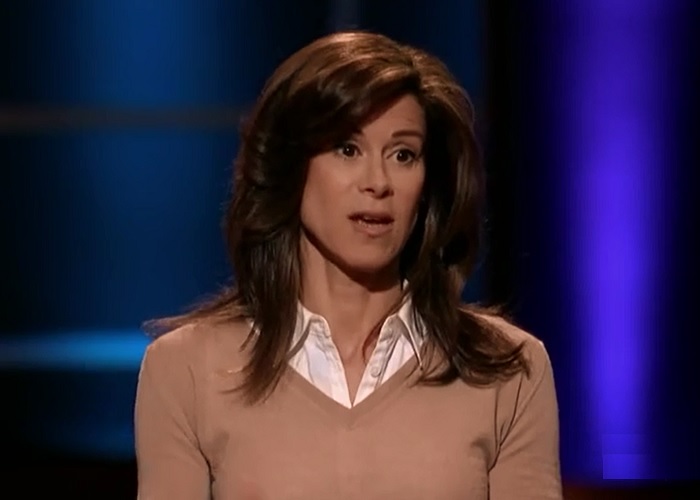 Julie Kalimian, the founder of SkinnyShirt, had a high-powered career in the publishing industry. She was the Vice-President of marketing for none other than Newsweek magazine, and had valuable experience in sales marketing, business development and design. With four children under five years old she was keen to spend those valuable early years in her children’s lives with them, so she left the corporate World behind her to become a stay at home mom.

After a year or so, she found that as busy as her new life was, it wasn’t hectic enough to stop her from thinking about business opportunities. The former high-flyer soon discovered one business opportunity that affected her every day.

When she had been working for big business, she had loved dressing in fashionable, well-coordinated styles, but now that she had far less time to spend getting her outfits together she found that her favorite look, that of a button-down shirt and sweater, would often look bunched-up and untidy. She looked for a shirt that had a collar, but also a stretchy quality to it, one that would be far more figure-hugging. To her surprise she found that there was no product of the kind currently on the market.

It was the opportunity Julie had been looking for, she designed the SkinnyShirt, a cross between a button-down shirt and a camisole with the ability to reduce wrinkles and creases for those who wore it. In 2011 she launched the SkinnyShirt company and things went well initially. However, after problems with manufacturers producing sub-standard SkinnyShirts, combined with the inevitable cash-flow problems that all new start-ups face, the SkinnyShirt business almost went under, but Julie managed to keep the company alive.

In May 2013 she applied to appear on Shark Tank, and after a lengthy application process she received the news that she had not been selected to appear on the show. The producers of Shark Tank suggested that she apply again next year and Julie did exactly that, she resubmitted her application and this time she was successful, she eventually pitched her business to the sharks in late 2014.

When Julie appeared on the show she was seeking a $100,000 investment in exchange for 20% equity in her business. She was accompanied by an attractive model named Kirsten who was modelling the ruffled look of a normal shirt under a sweater. The model was attractive, but her shirt was crumpled and untidy, and Julie explained to the sharks that she had solved the problem of the crumpled shirt-sweater combination with her SkinnyShirt.

Julie revealed that there was a unique design and mix of materials that comprised her product, and announced that Kirsten was going to change into a SkinnyShirt to show how much better it looked. Obviously Shark Tank is a family show, so Julie had a screen to protect Kirsten’s modesty as she changed, but the screen was backlit so that her silhouette could be seen through the screen. It was an interesting and unusual event in the tank, but the male sharks seemed to enjoy it immensely.

Lori Greiner remarked ‘You’ve got their attention’ and she was right, Robert Herjavec was grinning like a Cheshire cat. Barbara Corcoran told Julie it was a great presentation. Robert asked ‘Can we do it again?’ and the other sharks laughed.

Kirsten re-appeared, looking far more tidy and stylish now that she was wearing a SkinnyShirt, Julie displayed a picture of how Kirsten had looked before to show just how effective the shirt was at improving the shirt-sweater look, and the difference was impressive.

Julie explained that she had encountered problems with her manufacturer at the time, he had provided poor quality products for her and she had been forced to ‘eat’ the losses from those substandard Shirts, she had also had problems with her inventory as a result. Kevin O’Leary asked if Julie had now found another manufacturer and she confirmed she had.

Robert inquired about the retail cost of the SkinnyShirt and Julie told him that the shirts retailed for $69, for the sleeveless version, and $76 for the long-sleeved shirt. The manufacturing cost was currently only $12.75, but with an investment from the sharks and the ability to place much larger orders, she would be able to reduce the manufacturing cost to $9.50 per unit.

The sales margin was impressive, but the sharks were still pondering Julie’s manufacturing difficulties, every time they asked about the subject, Julie seemed to get slightly more flustered, and as the pressure on her grew, she began to fumble her answers.

Mark Cuban wanted to get back to the fluctuating sales figures, he told Julie that her manufacturing problems had affected her sales for two and a half years, yet she had told the sharks that the business had only dealt with the manufacturer who produced poor quality shirts once, and that production run had been sold within a year. He couldn’t understand the discrepancy.

Julie attempted to explain the time-line behind the manufacturing problems, but under the pressure she sounded confused at times and did not make her point particularly well, the sharks were beginning to look suspicious of her story, and Kevin O’Leary was poised to strike. He asserted that all of Julie’s problems had been logistical ones, Mark Cuban disagreed. Julie attempted another disjointed explanation but that just seemed to annoy Kevin even more.

Lori appealed to her fellow sharks ‘Lets not get stuck on the numbers’ but Kevin, somewhat predictably, asked her ‘Why not?’. Lori explained that bad quality goods had been the problem, not Julie herself. Kevin wasn’t swayed, he asked Julie what was to stop a business that already made shirts copying the idea, and crushing her ‘Like the Cockroach that she was’. Julie looked a little stunned but replied that she wasn’t a cockroach. Kevin told her she had ‘No market share in maybe a good idea’ but Julie interrupted him. She asserted she had a patent pending, had sold over 10,000 shirts, had a great trademark and branding, and she needed investment for manufacturing and distribution costs.

Kevin exploded at that ‘I have to pay for you to learn?’ he asked, ‘You don’t know what you’re doing.’ he continued, without waiting for an answer. Julie replied that she did know what she was doing but Kevin wasn’t going to be argued with, he blasted her for the cash-flow issues that had occurred in the past, until Lori defended her, by asserting that Julie was ‘a beginner’. ‘I don’t care’ Kevin shouted back and he and Lori began a heated argument, talking loudly over each other. Kevin eventually seemed to tire of the whole thing and simply announced ‘I’m out’.

Mark thought Julie deserved credit for launching the business, but he couldn’t see a definitive business plan. Julie interrupted to begin explaining how she would use any investment from the sharks, but Mark shut her down. He told her that her intended use of funds was a cash-management issue, he was far more concerned about her ability to actually manage cash. Her numbers didn’t add up, and for that reason he was out.

Robert thought The SkinnyShirt was a good product, but he was less sure about Julie herself. He implied that Julie had no real long-term strategy for growing her business, and because of those doubts he dropped out of the negotiations too.

Lori could see merit in the SkinnyShirt concept, and believed it could be successful. Unfortunately Lori was not a fan of the shirt and sweater look, she was unsure if it was even particularly popular these days and she didn’t get the fashion statement. For those reasons Lori was also out.

Barbara was now the only remaining shark, Julie shot her a slightly desperate look but she seemed to know that she was unlikely to get a deal now. Barbara took her time, considering the SkinnyShirt business carefully until she eventually spoke. She told Julie that the way she had conducted herself in the tank was commendable, she had held her ground well against the grilling she had received. Barbara gestured to Kevin on her left and told Julie that she had stood up well to ‘This bully here’, she gestured to Mark Cuban on her other side and referred to him as a bully too. However Barbara believed that Julie was feeling sorry for herself at the way her manufacturing partner had let her down, she asserted that, in her opinion, self-pity was Julie’s Achilles heel, and because of that, she was out too.

SkinnyShirt Now in 2023 – The After Shark Tank Update

The company did quite well following their appearance on Shark Tank. Their products were made available at hundreds of boutiques including The Grommet and QVC and their sales had gone up by a factor of ten, according to Julie. They even introduced new designs and styles for kids.

Unfortunately, their success didn’t last. It was announced in 2018 that they would be closing down the business for good. Leading to that, they held a 75% off everything deal, which seemed to garner some interest from customers. The lack of staff, however, meant that there were delays getting the orders out.

As of February 2023, their website no longer exists. If anything, it’s almost impossible to get ahold of their products. Their official Facebook page hasn’t been updated either—their last post about a Groupon promotion was back in June 2018 and even that didn’t gain any traction.

Interestingly enough, they did update their Instagram a few times in 2020. They even announced new stock on ShopBop. It might have just been a short-term thing (getting rid of the last of their stock maybe?), however, as their brand no longer shows up on the site (it gives you an ‘Oops! We couldn’t find what you were looking for’ message).