What Happened to Timeflies Tuesday – Latest Updates for 2023 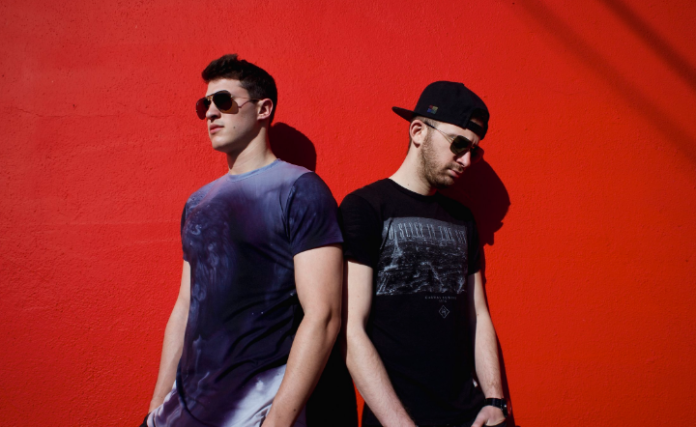 Timeflies is best known for their freestyle rap songs and covers. After gaining a huge following on YouTube, they signed a recording deal with Island Records in 2011. Where are they now in 2023?

The Start of Timeflies Music Career

Timeflies consists of Rob Resnick and Cal Shapiro; the former is from New Jersey and the latter is from New York. The two met at a party while attending Tufts University in 2007. For a while, they performed in the same funk band – The Ride. However, the group eventually disbanded after some of the other members graduated.

With that, Resnick and Shapiro began recording music together, calling themselves Timeflies Tuesday. They eventually launched their YouTube channel on November 17, 2010. That same day, they released their first song, “All Night.” Several additional videos followed including “Lose My Mind”, “Pipe Dreams – Acoustic Version”, and “Teenage Dream ft. Loggy”, all of which proved to be a hit.

The Duo’s Rise to Fame

Before long, they had hundreds of thousands of subscribers on YouTube. Signing with Island Records, they went on to release their debut album, The Scotch Tape in September 2011. Within 24 hours of its release, it had peaked at number two on the iTune Pop chart and at number eight on the iTunes overall chart. The pair were subsequently nicknamed the “musical masterminds” by Vanity Fair.

In November 2012, the pair released their first EP titled, One Night, which consisted of several tracks including “Swoon”, “Wild Ones”, “Nothing At All”, “Worth It”, and “Tonight I Can’t Say No.” A huge success, it reached the top of the iTunes Pop chart and peaked at number two on the overall iTunes chart. Not only that, but it also debuted at number 29 on the US Billboard 200.

By early 2013, they had created their own music label, Forty8Fifty, with the Island Def Jam Music Group. Their debut single, “I Choose U” was later released on April 1, 2013. That same year, they dropped their second EP titled, Warning Signs, which reached number 36 on the US Billboard 200; it included four hip-hop/rap tracks including “I Choose U”, “I Believe”, “SMFWU”, and “Ride.” Not only that, but they were also nominated for ‘Next Pop Superstar of 2013” by Popdust.

And on April 29, 2014, they released their second studio album, After Hours, which debuted at number 8 on the Billboard 200. Recorded in their home studio, it consisted of 14 tracks including “Alkaline, “Amy”, “Crystal Ball”, “Start It Up Again”, and “Beast.” The album also spawned five singles – “Swoon”, “I Choose U”, “Ride”, “All the Way”, and “Monsters.”

Their third album, Just For Fun later came out on September 18, 2015. Released through Island Records, it consisted of 11 tracks (14 for the deluxe version) including “Time Machine”, “Stuck With Me”, “Burn It Down”, “Worse Things Than Love ft. Natalie La Rose”, and “Undress Rehearsal.” It eventually reached number 61 on the Billboard 200 music chart.

Following the release of their debut album, the two began performing at music festivals. Not only that, but they also performed at a number of schools including the University of North Dakota, Keene State College, Thomas S. Wootton High School, and Princeton University.

They later embarked on a U.S. tour to promote their second EP in 2013. The tour began at the Agganis Arena in Boston, MA, and ended at the Royal Oak Music Hall in Detroit, MI, after 26 shows.

Their second tour, which supported their second album After Hours, took place in 2014. It began on October 1, 2014, at the Sands Bethlehem Event Center in Bethlehem and continued for several weeks until November 22, 2014; the last performance was at the NY Best Buy Theatre in New York (all shows were sold out). There was also a meet and greet event where fans could meet the duo and receive a limited edition poster.

And in June 2015, they announced a third tour called the ‘Just For Fun Tour’, where they would perform in 35 different cities across the U.S. It would be followed by ‘The Party In the Basement Tour’ in 2016, and ‘The Too Much to Dream Tour’ in 2017.

Prior to that, they had posted a new video to their YouTube channel every other Tuesday.

Some would be remixes while others would be live covers. As of today, their channel has over 731K subscribers with more than 306 million views across their videos.

What are they up to now? As far as we can tell, Shapiro has been busy working on his new solo project, CAL. His debut EP, The Identity Crisis: Side A came out in November 2019, just a few months after they broke up. Shortly afterward, they posted a video titled, CAL – Dressed Up in White (Teaser) to their former YouTube channel, which has since received over 56,000 views.

More recently, he was featured in the 2021 album Street Shrimp. Not only that, but he also collaborated with Quinn XCII on a song called “In The Water”, which has since been viewed more than 248,000 times on YouTube. Some of his other solo releases include “Test Drive”, “Roll the Credits”, “Goodbye, Me”, and “It’s All Good.”

If you’re a fan, you can check out CAL’s YouTube channel here. Not only does he post his music, but he also posts occasional vlogs, which seem to be popular among fans. You can also follow him on Twitter at @whatupcal.

As for Resnick, he seems to have stepped back from music for a bit, though it appears that he’s still a music producer, according to his LinkedIn page. For those who want to know what he’s up to, you can find him on Twitter (@robresnick) where he has over 27.7K followers. He also has an Instagram page (@rez), however, it’s not updated as frequently (he does post stories from time to time though).