What Happened to Westlife – Latest Updates for 2022 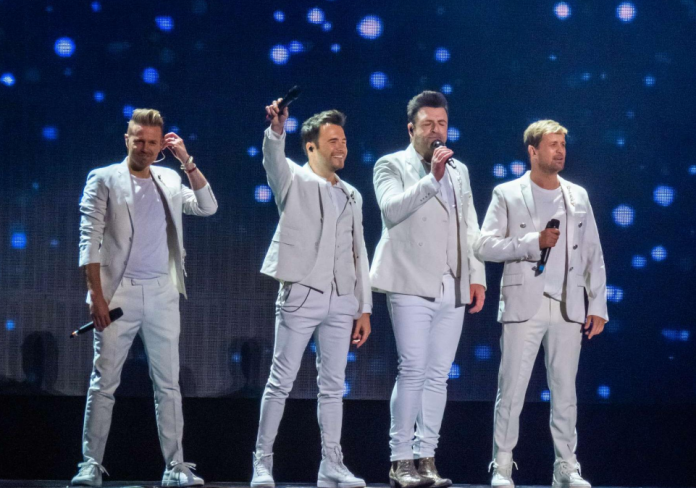 Westlife is an Irish boyband that emerged in the late 90s. Over the years, they’ve released a number of hits including “Swear It Again”, “If I Let You Go”, “I Have a Dream”, and “My Love.” Where are they now in 2022?

Shane Filan, Kian Egan, and Mark Feehily attended high school together in Sligo, Ireland. They eventually met Graham Keighron, Derrick Lacey, and Michael Garrett, and together, they formed a vocal group. However, Keighron, Lacey, and Garett were ultimately asked to leave after the group failed to secure a record deal. They were replaced by two new members- Brian McFadden and Nicky Byrne, the former of whom had previously performed with an R&B group.

Renaming themselves Westlife, they eventually signed a record deal with RCA Records. Not long afterward, they were given the opportunity to open for Backstreet Boys and Boyzone in Dublin. Later that same year, they won an award at the Smash Hits Poll Winner Party. They were also featured on The Late Late Show, where they performed on stage. 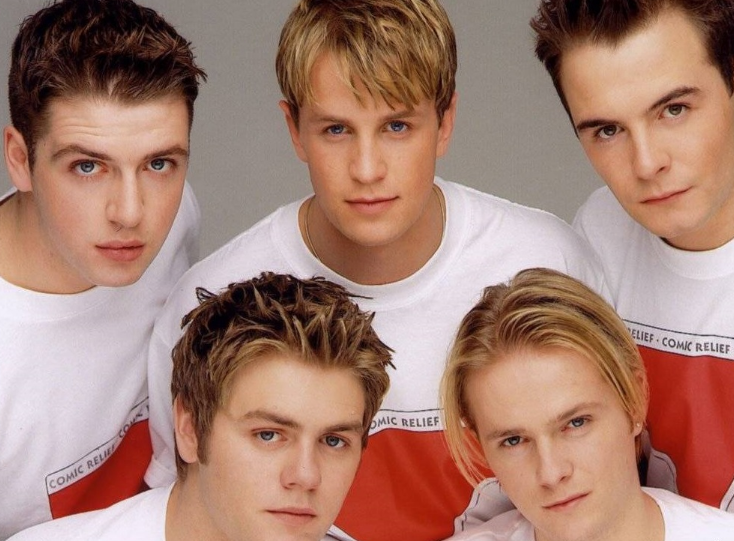 In April 1999, they released their debut single, “Swear It Again”, which reached the top of the charts in Ireland and in the UK. Two singles soon followed- “If I Let You Go” and “Flying Without Wings”.

Their self-titled debut album was later released on November 1, 1999. Recorded in Stockholm, Sweden, it consisted of 17 tracks including “Seasons in the Sun”, “More Than Words”, Miss You”, “Fool Again”, “Change the World”, and “Can’t Lost What You Never Had.” A huge success, it peaked at number one in Ireland. Not only that, but it also topped the charts in Norway, Sweden, and Malaysia.

By the end of the year, they had released a fourth single titled, “I Have a Dream.” They eventually released the final single from the album, “Fool Again”, which came out in early 2000. Not long afterward, they signed to Arista Records, with whom they broke into the North American market. They also embarked on a concert tour, which saw them performing across Asia.

Their second studio album, Coast to Coast, came out on November 6, 2000. Produced by Simon Cowell, David Kreuger, Mariah Carey, and Per Magnusson, it featured 18 tracks including “Against All Odds”, “When You’re Looking Like That”, “I Lay My Love On You”, “My Love”, and “What Makes a Man”, all of which were later released as singles.

While reviews from critics were generally negative, it entered the UK Albums Chart at number one with over 234,000 first-week sales, making it the group’s fastest-selling album to date. To support the album, they also embarked on the Where Dreams Come True Tour, which attracted more than 600,000 fans. 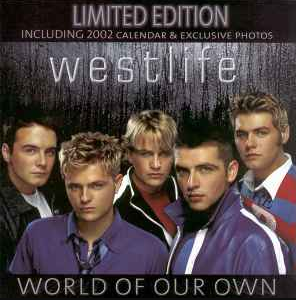 A year later, they dropped their third album, World of Our Own. Recorded over a period of four months, it reached the top of the music charts in the UK, Sweden, Ireland, Iceland, and Scotland. Not only that, but it also charted in Belgium, Denmark, Austria, Malaysia, New Zealand, and Norway, among several other countries. It eventually spawned four singles- “Bop Bop Baby”, World of Our Own”, “Queen of My Heart”, and “Uptown Girl.” And like before, they promoted it with a concert tour that saw them performing across the UK and Europe.

In 2003, they released two singles- “Mandy”, and “Hey Whatever”. It was soon followed by their fourth album, Turnaround, which is their last album to be recorded with their original lineup (McFadden would leave the group the following year). A mix of pop and pop rock, it featured writing collaborations from Diane Warren, Steve Mac, Wayne Hector, and Andreas Carlsson. Some highlights included “When a Woman Loves a Man”, “To Be With You”, “Obvious”, “Hey Whatever”, and “Lost In You.”

A commercial success, the album entered the UK albums chart at number one and also reached the top of the charts in Scotland and Ireland. On top of that, it also charted within the top five in South Korea, Sweden, and Denmark.

In 2008, the group celebrated their 10th anniversary with a sold-out concert. Not long afterward, they announced that they would be going on hiatus and that they would not be releasing any new albums that year. They did, however, release a DVD of their concert, which went straight to number one in Ireland, the UK, Hong Kong, New Zealand, and South Africa.

While on break, the group also made a surprise appearance on X Factor, where they performed a rendition of “Flying Without Wings” with contestant JLS.

Following their break, they released their ninth album, Where We Are, on November 28, 2009. Preceded by the single, “What About Now”, it featured a number of collaborations including those with Ryan Tedder, Sam Watters, and Greg Wells, among others. Some notable tracks included “How to Break a Heart, Leaving, Shadows, Talk Me Down, As Love Is My Witness”, and “I’ll See You Again.”

While the album mostly received unfavorable reviews, it reached number two in the UK. It also charted within the top 10 in Greek, Scotland, Ireland, and Sweden. The group also embarked on the Where We Are Tour to support the album, which consisted of 36 shows in the UK, Scotland, Ireland, Wales, and the Faroe Islands. One of the most in-demand tours of the year, it was seen by nearly 360,000 fans.

And in 2010, they were featured in a Haiti charity single, “Everybody Hurts”, which peaked at number one in the UK and Ireland.

That same year, they released their tenth album, Gravity. Produced by John Shanks, it came with 12 tracks including “Safe”, “The Reason”, “Beautiful Tonight”, and “No One’s Gonna Sleep Tonight.” Met with favorable reviews, it reached number three on the UK Albums chart. It also charted in Europe, Ireland, Japan, Mexico, New Zealand, Scotland, and several other countries.

By then, they had become one of the most successful musical groups with eleven no. 1 singles. The PRS also named them the third most hard-working band in the UK.

The following year, however, it was announced that the band would be splitting after a farewell tour.

In 2018, the group announced that they would be reuniting for new music and a tour; this led to a huge fan reaction worldwide.

They later released “Hello My Life” on January 10, 2019. Their first single in eight years, it reached number two on the music charts in Scotland and Ireland. Not only that, but it also became one of their biggest singles of all time with more than 54.5 million streams as of 2021.

The accompanying album, Spectrum, was released on November 15, 2019, through Virgin EMI. Produced by Steve Mac, Jamie Scott, Alex Charles, and Zach Skelton, it featured eleven new tracks including “Better Man”, “Another Life”, “Take Me There”, One Last Time”, and “My Blood.” The Japanese version also came with two bonus tracks- “Hello My Love (John Gibbons Remix)”, and “Dynamite (Midnight Mix)”.

Since then, they’ve released another album titled, Wild Dreams. Their first album with East West Records, it was preceded by the single, “Starlight”, which came out on October 14, 2021. Other tracks included “Do You Ever Think of Me”, “End of Time”, “Always With Me”, and “Wild Dreams.” Recorded over an 18-month period, the album also included songwriting contributions from Amy Wadge and Ed Sheeran, along with production from Steve Mac, Rami Jacob, and Jamie Scott.

In the UK, Wild Dreams reached number two on the Albums chart. Not only that, but it also peaked at number two in Scotland and Ireland.

Outside of the band, the members have also been pursuing their own projects:

Where is Nicky Byrne?

Last year, he also hosted the RTE singing competition series, Last Singer Standing, where contestants battle musically and mentally for a chance to win €25,000. Produced by ShinAwiL, the program premiered on October 23, 2021, on RTE One, and also featured Joey Fatone, Nadine Coyle, and Samantha Mumba as “Pop Panelists.”

Not only that but also won a VIP Style Award for “Most Stylish Man.”

What’s Kian Egan Up To?

Last year, he was a guest on the talk show, Lorraine. Prior to that, he appeared on This Morning, Celebrity Gogglebox in 2019. Not only that, but he also performed on The One Show. And in 2018, he competed in the fifth season of Big Star’s Little Star. Prior to that, he was a coach on The Voice of Ireland.

What Happened to Mark Feehily?

Feehily has released two solo albums- Fire and Christmas, the latter of which came out in 2017. He also performed at a couple of Mariah Carey’s concert shows that same year.

Openly gay, he announced his engagement to his longtime partner, Cailean O’Neil through his Instagram account on February 22, 2019. Since then, the pair have welcomed a daughter named Layla who was born via surrogacy.

Where is Shane Filan Now?

Filan has released three solo albums, the most recent of which came out in 2017. Titled, Love Always, it featured a number of love ballads including Bob Dylan’s “Make You Feel My Love”, the Bangles’ “Eternal Flame”, and Bryan Adams’ “Heaven.”

Not only did it peak at number five in the UK, making it his highest charting solo album, but it also charted at number three in Scotland. Some tracks from the standard edition include “This I Promise You”, “Beautiful In White ”, “Eternal Flame”, “Eyes Don’t Lie”, and “I Can’t Make You Love Me.” The deluxe edition came with seven additional songs including “Girl In My Heart”, “This I Promise You (Live in Belfast)”, and “You Raise Me Up (Live in Dublin)”.