A new study was just published in the Journal of Clinical Oncology, which states that black men have a 76 percent higher chance of dying from breast cancer than white men. The study found that when insurance and income differences were accounted for, the number of deaths between the two groups of men under age 65 became more similar. 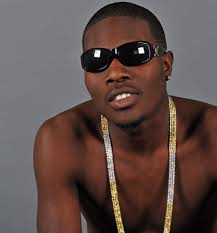 Out of all of the cancers that men get, breast cancer accounted for less than 1 percent of all of them, and only accounted for about 2 percent of breast cancer in the United States. In terms of incidence of cancer, black men were more likely to get breast cancer and also more likely to become diagnosed younger than white men, according to the researcher. In terms of the disparities between black women and white women in terms of treatment, that has been studied numerous times, but the difference in black and white men has not. This could be do to it being less popular in the male population, which makes it harder to get accurate study results and confirm any conclusions or hypothesis.

The study was conducted by Helmneh Sineshaw, MD, and her team found 9,231 men from age 18 and up that had been diagnosed with early-stage breast cancer between 2004 and 2011. Sineshaw and the other researchers found this data by searching the National Cancer Database, which is a hospital-based cancer registry, which is also sponsored jointly by the American Cancer Society and the American College of Surgeons. This database collections various information on the demographics, including age and gender, and also details the first courses of treatment for the cancer.

The treatments of breast cancer were very similar between the blacks and the whites from all ages, and the only group that had a significant increase in death was younger black men when compared to the white counterparts. Once insurance and income were accounted for in the study, the authors said that the gap was significantly lowered. The author of the study believed that poverty played a role in younger black men having a higher death rate than the younger white men. There also could be a lot of biological factors that contributed to the difference as well, and hormone receptor status as well as adhering to treatment could also become factors.

The findings could also suggest that because male breast cancer is so rare and does account for so little of the breast cancer population, that treatments and other factors could be influencing how care is administered in different hospitals. The authors of the study also say that the Affordable Care Act implementation might alter these disparities, but time will tell on that, and research will need to be done to see how that affects lower income populations with cancer.