With Avengers: Age Of Ultron raking in a cool $439M overseas, Disney is now easily above the $1 billion international box office mark for this year. The milestone was actually achieved three days ago when the studio quickly passed $1 billion in the second shortest amount of time in its history. With weekend estimates added up, the studio’s offshore winnings are $1.171 billion as of today. Last year, the popular company was over the $1 billion mark on April 20, which is a speed record.

Ultron and the suprising Cinderella success, whose overseas box office is now a little over $300 million, have been the biggest contributors the first four months of this year. Also adding to the big total was Oscar winner Big Hero 6 which debuted last year but crossed over into 2015 in several markets. Those included China, where the film earned 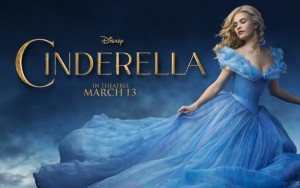 around $83.5 million, as well as Japan with over $76M and France, Korea and the UK which brought in 60 million more combined this year. Into The Woods cashed in as well, the movie had a huge success in Australia, the UK and Japan with most of its $85 million coming in this year.

Last year the company got there a little faster thanks to the insane grosses of Frozen which had begun its rollout two years ago but didn’t melt hearts in its biggest play of Japan until March of 2014. By April 20 of last year, it had become the highest-grossing animated film of all time in international markets with a total of $729.3M. They weren’t done, the spring Marvel movie, Captain America: The Winter Soldier, was released around the world and added millions more to the already crazy amount earned by them earlier in the year.

Dave Hollis, Disney’s EVP of distribution says passing the $1 billion mark is “encouraging and great.” But, he adds, “We have a lot of business left to do.” Very true. The company has the George Clooney film Tomorrowland coming up, which will be released May 20. They also have Pixar’s Inside Out which debuts at the Cannes Film Festival before being shown around the world in June. On top of that, they have Ant-Man starred by Paul Rudd in July; and maybe the biggest release of them all, Star Wars who will come to theaters starting December 16. Fans can’t wait to see the longtime film after many years and are going crazy over the things being shown, including the trailers and posters. The popular movie will also get a video game to give more to their fans. That will be out a month before the theatrical release.

The company will look to keep its success going and they might just do it again the next two years. They have films like Captain America: Civil War coming up next year. The film which will feature many of the characters of the Marvel universe is looking to break records with its Avengers like lineup of heroes. They also have two parts of the Avengers coming up in two and three years.

Disney is not the only one with the billion dollar milestone this year, Fox and Universal just joined them last month.