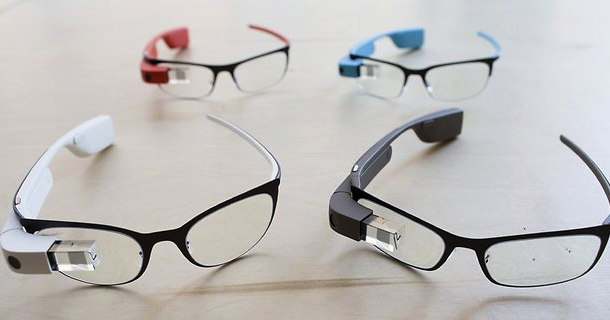 Day after day, week after week, our 21st century society continues to make leaps and bounds in technological innovations and discoveries. Big name companies devote immense sums of money to develop new technology that will help make their business successful while impacting how we live our day to day life. Companies like Apple, Samsung, and HTC continuously strive to offer new and innovative products each and every year as they aim to be the top phone/tablet company. HP, Apple, and Asus tirelessly work to perfect portable computers and desktop computers as now just about everyone owns a computer. While each of these large corporate companies wish to make their business impactful on as many people as possible, I feel that no other company can match Google’s level of immersion with the general public. But with that being said, what happened to Google Glass?

In case you don’t know, Google Inc (NASDAQ:GOOGL) (NASDAQ:GOOG) is an American multinational technology company that specializes in internet related services and 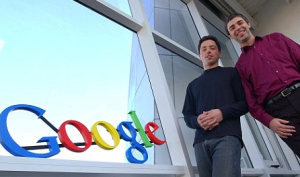 products. Originally founded by both Larry Page and Sergey Brin in 1998, Google has always been devoted to innovation and invention with their mission statement being “to organize the world’s information and make it universally accessible and useful.” And boy did Google succeed. The Google search engine and Google made products are used by millions of people every single day from their music service Google Play Music to their online powerpoint program Google Slides not to mention how many searches are made using their internet search engine Google.com. Currently having over 50 various tools, applications, and software, Google is heavily immersed into our a day to day life. With that being said, Google is obviously no stranger to inventing and innovating in the technological scene. Breaking into unthinkable areas like a driverless car, Google has climbed its way to one of the largest and most valuable brands in the world being in a tight race with Apple for the number 1 slot.

So what’s the story with Google Glass. After an overwhelming amount of excitement and interest, Google’s 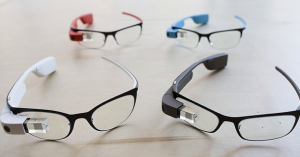 2012 prized and praised idea for a pair of glasses that did far more than block out the sun seems to have fallen off the technological scene altogether. This fall isn’t even entirely recent as the last widespread sense of information about Google Glass came in January of 2015, a whole 3 years after Google Glass was first announced. But while this seems like a short lived fantasy that will never prevail, let’s take a look at how Google Glass came to be.

The aforementioned announcement of Google Glass in 2012 sparked a large insight of excitement by those who kept up to date with all technological emerging from the woodwork as well as the general public: catching interest from those who idolized technology and those who had no idea about technology. A pair of glasses that can take pictures and video? Shut up and take my money. That was the mindset when Google Glasses prototype stage arose. However, the money people would have to throw down for their own pair of futuristic glasses was mighty steep set at $1500. While this definitely did not stop tech savvy people from purchasing the prototype, the price seemed to dismay those with little to no interest or experience with technology. In addition to the price, the Glasses were still in a prototypical phase meaning that problems and issues were bound to arise. So why would people blow their money on something that isn’t entirely complete? 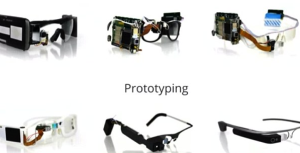 This prototype style beta stage of Google Glass first began in 2014 as people had to get invited to the beta and still buy the Google Glasses. But Google Glass was not the only technological marvel making progress in 2014 as there was a new contender thrown into the ring going by the name of Oculus Rift.

The excitement set forth by the thought of glasses that take photo’s and video was quickly overshadowed by the excitement of virtual reality. Let’s be honest, it’d be pretty awesome to make it seem like you are in a video game hence why RPG style video games seem to do so well as it focuses on the immersing you into the game. This is the dream that many people saw as a potential reality with the introduction of the Oculus Rift. With the extremely popular and fast growing kickstarter for the Oculus, many companies began shifting agendas to pioneer unknown and untouched field of virtual reality. These companies include Sony, Nokia, Microsoft, and even Google. While Google’s take on the virtual reality headset is comical and affordable in the form of Google Cardboard, the rush of research spent on virtual reality by all these companies seemed to force Google Glass to be a thing of the past.

Not only did the Google Glass face off against new upcoming technology, but it was also heavily scrutinized from the privacy aspect. With people examining and speculating that the glasses would be able to use facial recognition to detect people on the street to taking inappropriate pictures without consent, the Google Glass was a prime target for privacy issues and reform. However, at the time of such debates, the only facial recognition app of such nature was a $3000 iPhone app used by police. The glasses were still under fire despite the lack of an app as many people demonstrated how the glasses could be hacked and be a vessel for cyberwarfare as someone could develop a malicious QR code that the glasses would be tricked into scanning.

Thankfully the aforementioned news that did arrive in January confirmed not the end of Google Glass but rather an evolution of the groundbreaking glasses with Google announcing that Google Glass was ready to “graduate” from Google Labs, the experimental stages of Google Glass. Officially ending their experimental beta trial, Google feels that they are ready to move to the next stage in the Google Glass life cycle which looks to be a refined version of the glasses fixing various bugs, performance, and structure issues that arose during their trials. Hopefully with the improvements on the glasses, Google can stabilize issues found in the prototypes as they continue to refine and work dedicatedly on their prized idea. With the completion and full front launch of Google Glass coming sometime in the future, the glasses could become the next smartphone where everyone and anyone will have one. While this then poses numerous questions on whether technology is becoming too intertwined with our day to day life, it will still be pretty awesome to essentially be like a terminator with a heads up display readily available through a stylish pair of glasses.