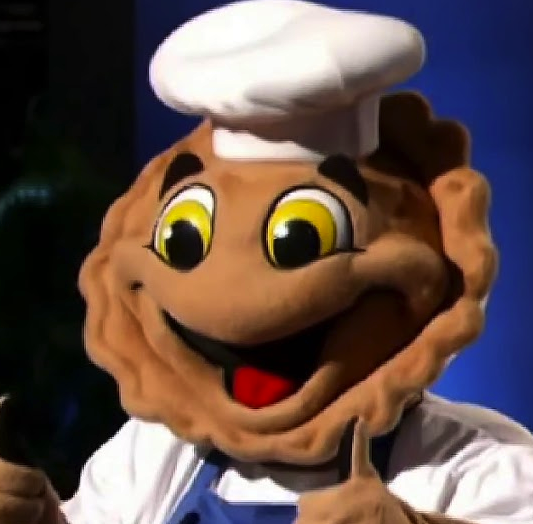 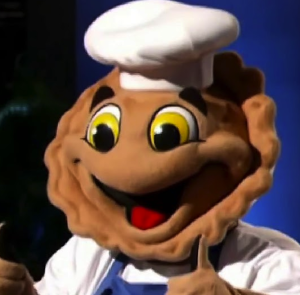 Tod Wilson is the founder and owner of his namesake Pie Factory. Currently open in Englewood, New Jersey, the Pie Factory offers a large selection of pies, including his signature sweet potato pie that he and his mother worked on.

Wilson went from a hard life living in his car to becoming the first entrepreneur featured on Shark Tank. His earning a deal in the Tank elevated him to minor celebrity status. 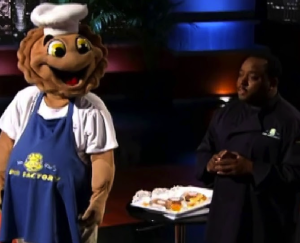 Wilson and his mascot, Mr. Pieman, enter the Shark Tank as his last chance to have the money needed for his business. In an introductory video, Wilson says he had already taken out three bank loans and was looking for a Shark who would believe in him.

Wilson offers the Sharks his selection of pies for tasting. The Sharks enjoy the samples. Wilson made $850,000 the previous year while earning an average net profit of 20%. Wilson says he can’t keep up with the demand. His sweet potato pie makes up 94% of his wholesale business which is 50% of his $850,000 gross. Kevin O’Leary says that the sweet potato pie should be the focus because Wilson makes over 30 flavors of pie for wholesale and retail.

Wilson says he would take $300,000 for production. He would also use the money to form a street team. He tears up giving his life story (he went “too big, too soon” after getting his college degree then later spent four months living in his car), but O’Leary speaks as only Mr. Wonderful can: “Don’t cry for money because money won’t cry for you.” Robert Herjavec retorts that if Wilson’s emotional then the money will follow. Herjavec feels Wilson’s in business because he’s passionate.

When asked why Wilson has a Mr. Pieman mascot, Wilson responds that the mascot’s used at schools to promote the “Pies for Grades” program. Wilson says despite being advised against using Mr. Pieman, he says that the mascot has paid him 100 times over.

Wilson says that a major fast-food chain, McDonalds, wants to start a kiosk. He explains that fast-food restaurants would want something on their menu that reflect what the customers want, for example sweet potato pies for urban African-Americans.

Herjavec is out because he feels that Wilson would cut corners while expanding too quickly. O’Leary would want 51%, sell only the sweet potato pies, and get rid of the mascot; he won’t deal with someone who’s too emotional and isn’t all about money so he backs out. Kevin Harrington is out because the $4.6 million valuation is too high.

Of the two remaining Sharks, Barbara Corcoran wants to do business for $230,000 for 20%. Daymond notes that Wilson reminds him of him, but Daymond wants 50% equity. However, Daymond decides to have Barbara join in with him for the 50% equity on the condition that Wilson has real orders.

Wilson tells Daymond that he receives cash purchases. Daymond questions whether the cash orders will dry up, but Wilson cites an article stating that businesses offering comfort food won’t crumble during the recession.

Robert reminds Wilson that he’ll give up half equity upon agreeing to a deal with Daymond and Barbara. Daymond tells Wilson that he’ll counter any counter-offers. After some silent consideration, Wilson accepts the deal to give half of his equity.

In a later update, Wilson says that the Sharks helped him get into QVC where he sold thousands of pies within minutes. His business has tripled and stands to make millions. While he asserts that he would’ve closed the Pie Factory without the Shark’s money, the reality had a different flavor.

What is Mr. Tod Doing Now?

Wilson decided that half of his business is too much to give up thus the deal fell through. However, not everything Wilson experienced after Shark Tank was bittersweet.

On January 5, 2010, Wilson joined the Sharks at the ringing of the NASDAQ closing bell. The Press Wire page on his website, whybake.com, lists people and publications who have tasted or reviewed his pies ranging from Sean “Diddy” Combs to Country Living magazine.

Wilson was also a contestant on Food Network’s Sweet Genius. He competed in the episode titled “Disco Genius” which aired October 27, 2011. He didn’t advance past the first round with a lemon pie containing jelly beans marinated with hot sauce and decorative branches of a bonsai tree. His bizarre concoction earned him a scolding from host Ron Ben-Israel.

On September 11, 2014, Wilson held an Ask Me Anything session on Reddit. There, he says he still keeps in touch with Barbara, Daymond, and executive producer Mark Burnett, gives some words of advice, and talks about his experiences on the show.

Talking to CNBC.com in December 2014, Wilson planned to expand Mr. Tod’s Pie Factory with two locations in New York City: one in Harlem and one in SoHo. The SoHo location on West Broadway is closed based on a May 2015 Yelp review and the shop’s phone number being no longer in service. The Harlem location on 5th Avenue has yet to open.