What Happened to LMFAO? See Where LMFAO Is Now 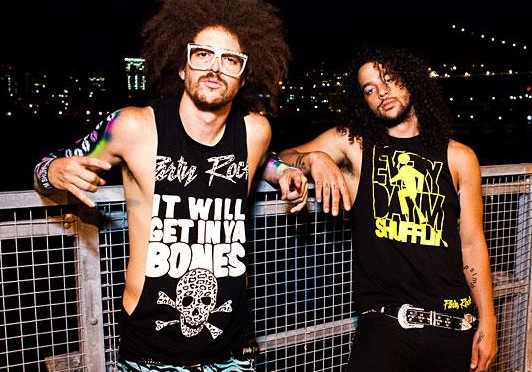 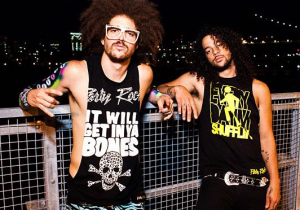 Remember a few years ago in 2010 when all the teens and pre-teens were losing their minds over the hot new electronic rock and dance music that would not stop repeating itself on the radio. Children and young adults alike were constantly “party rocking” while the older part of the generation were shaking their heads in dismay. During that brief moment in history, one of the biggest sensations was the group LMFAO. It was next to impossible to listen to the radio without hearing “Party Rock Anthem” or “Sexy and I know It” at least three times. For a brief while, those songs were at the top of the iTunes charts and every young person’s playlist. However, the songs eventually began to play less frequently and soon became the songs you skipped whenever they appeared on your iPod. A few years have passed since then without any new news on the group LMFAO, so what ever happened to them?

Back in 2006 was when LMFAO first got their foot in the door of the music industry. In Los Angeles, they became a well known duo in the electro-house club scene, which was an up and coming genre that combined elements from both house and and electro music. Through small shows and some radio play, the group started to build enough of a following that they soon produced a demo, which they later presented to Interscope with the help of a recommendation from their close friend will.i.am. It wasn’t long after they were signed to the label when LMFAO released their Party Rock EP in 2008 and shortly after put our their first full length album in July of the following year. Their first mainstream single and hit off the album “I’m in Miami Bitch” reached the 51st spot on the renowned Billboard Hot 100. Needless to say, 2008-2009 was a very good beginning for LMFAO as they started their journey to musical fame and everything good/bad that comes along with it.

After their successful 2009 album, LMFAO began to rekindle the hype within their fan base by recording a second album, titled Sorry for Party Rocking, and releasing the single “Party Rock Anthem” from said album. This particular song became the most popular song they ever produced by far. “Party Rock Anthem” reached the top of the charts in the North America and the United Kingdom. In addition to being top on the charts,  the music video itself captured a lot of attention from fans because it incorporated the Melbourne Shuffle, which was a style of dance that listeners could associate with the new song. All in all, LMFAO’s new releases definitely caused their popularity to skyrocket which opened quite a few doors for them.

LMFAO did their first Asian tour in 2011 and later became the premier opening act during Kesha’s international “Get Sleazy Tour”. When opening for the singer in Quebec, Canada they really took off after performing for nearly 100,000 new fans. With their following still growing strong, LMFAO released another hit single “I’m Sexy and I Know It” which topped charts similarly to the way “ Party Rock Anthem” did. Following its release, a music video for the track made its debut and shocked some views due to what appeared to be an excessive focus on the male anatomy. However, LMFAO’s success continued on and they even produced their own clothing line for fans who wanted to imitate their eccentric and vibrant style.

The LMFAO craze finally started to dwindle down a little in 2012 when the group stopped producing music. 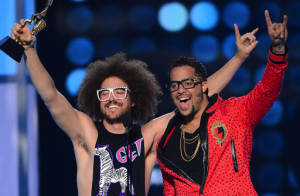 During the Super Bowl XVLI, they did a collaboration with Madonna during her performance of “Music” which included a mix of their songs “Sexy and I Know It” and “Party Rock Anthem”. That was their only memorable performance during the year, but Redfoo earned himself another second in the spotlight when he was sued for $7 million by a former management company that made claims that he had gone against the terms of a contract.

So, the question still remains. What did happen to the party music sensation, LMFAO? Well, in September of 2012, the artists made announced that they would be taking a break. They claimed that they would no longer working together, or at least not any time soon, and both have aspirations of going different directions with their music and personal lives. Rumors spread like wildfire that Redfoo and Sky Blu were no longer on good terms with one another, but the eventually appeared on MTV News as a way to bring the gossip to the end. Both musicians remain in good standings with one another but hope to have their fans recognize their musical individuality before eventually coming back together. Now, that might have been their goal then, but it’s three years later and neither Redfoo nor Sky Blu has done anything that has captured any kind of attention like their former group did.