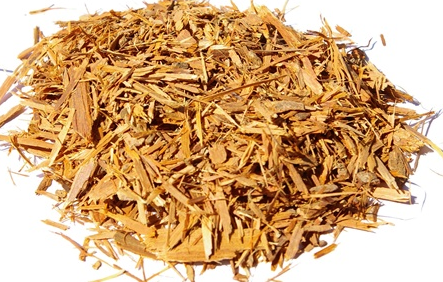 Many men who suffer from erectile dysfunction rely on Viagra for a quick fix to the problem. Not only it is effective, it can also provide results almost instantly and is convenient as it just involves taking a pill. However, Viagra is noted for its side effects and people who have certain medical conditions or take certain medicines cannot use one. Also, Viagra only provides a short term solution as erectile dysfunction is often considered as part of a more serious medical problem.

Fortunately there are natural alternatives and lifestyle changes that provide short term and long term improvements, other health benefits, and are considerably safer than Viagra. 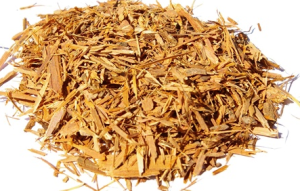 The catuaba is an infusion of the bark of several trees found in the forests of Brazil. It contains the alkaloids catuabine A, B, and C, that rouse the central nervous system, reinforce nervous coordination, and sharpen sexual functions. It is also used to intensify sexual arousal by increasing dopamine (the brain’s pleasure and reward center) sensitivity and treat erectile dysfunctions by expanding blood vessels. Catuaba has no reported side effects even after long term usage. Natives in Brazil brew the bark into tea to induce highly arousing dreams and as an aphrodisiac.

This species of fungus originally grew in the high-altitude regions of the Himalayan Mountains, and in recent times they are now reproduced in laboratories. It is known as a medicinal mushroom in the western regions and is also extensively used in traditional Chinese and Tibetan medicine that date back to ancient times. Its extract immensely boosts libido which leads to enhanced erections, and also improves sperm quality. Cordyceps contains ‘fucose’, a natural sugar that increases blood flow to the genitals, but may also lead to difficulty in falling asleep. The required specific dosage varies depending on factors such as age, health, and medical condition; hence the advice of a medical expert should be taken first.

An ancient Chinese herbal remedy well-known for improving cognitive ability that may prevent progression of dementia. The herb is also reported to improve erection and treat erectile dysfunction caused by anti-depressants, with a success rate of 84% as per studies. This is done by enhancing blood flow in the body, enhancing blood quality, and making blood vessels more accessible. Available in capsule form, dried leaves for brewing tea, and extracts, the herb also takes effect at around four to six weeks and not immediately so prior planning should be done. Minor side effects include dizziness, headaches, and stomach ache. 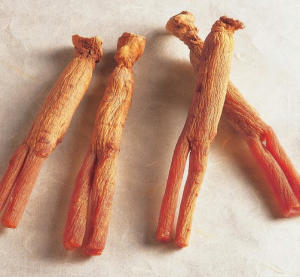 Also known as Asian ginseng or Chinese ginseng, it takes about five years to grow the plant with high quality. Its root is used for many medicinal purposes and is part of the traditional Chinese medicine for thousands of years.  Red ginseng pertains to the root that’s steamed then dried. It boosts the nervous system which leads to a massive increase in energy and strength; continued use eventually leads to significant enhancements in erection and sexual functions. Red ginseng can be obtained in capsule, liquid extract, and powder forms, and it is possible to purchase the root itself to be brewed into tea. It is recommended to be used only for the short term, as long term use leads to side effects like headache, higher blood pressure, inability to sleep, and rashes.

L-Arginine is an amino acid that the human body converts into nitric oxide, and the latter is responsible for increasing blood flow to the vital organs including the male genitalia. In fact, a lack of nitric oxide leads to limp and soft erections. Research published in the Journal of Sexual Medicine has proven that it is more effective in treating erectile dysfunction than Viagra, especially towards dysfunctions caused by diabetes. There are supplements available that prove l-arginine, along with natural sources such as beets, chicken, corn, kale, nuts, turkey, and seeds. 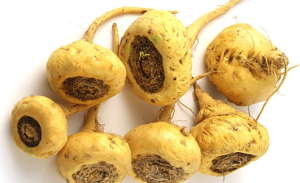 Grown in the high altitudes of the Andes mountains in central Peru for almost 3,000 years, the extract of the roots of the so-called “Peruvian Ginseng” contains two unique photochemicals namely ‘macaenes’ and ‘macamides’ that boost energy and restore hormone levels for both men and women. And for the former it bolsters seminal volume, sperm count and mobility, enhances sexual desire, and maintains erections, not to mention being an effective aphrodisiac. 1,500 to 3,000 milligrams, divided into three doses, on a daily basis is suggested for men to render its sexual and erectile benefits. It should be avoided by people with thyroid conditions as glucosinolates found in maca can trigger goiter.

Aside from herbs and other sources, lifestyle changes are also necessary to achieve and maintain a rigid erection. A good blood flow is crucial for that, especially since the penis only has narrow blood vessels, along with a proper testosterone level. Such lifestyle changes are: