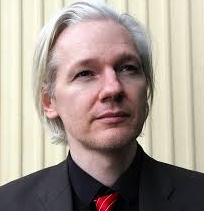 As the level of technological immersion becomes greater and greater, the more websites and domain names are being made. From an abundance of social media sites like Facebook and Twitter to media streaming sites like YouTube and Netflix, the internet is becoming one of the best tools in anyones tool belt. Limitless amounts of information and knowledge at the tip of your finger tips, a few keys away. If you’re a student websites like Wikipedia and Sparknotes can be your best friend. If you’re someone who is interested in learning coding and game design you have sites like Udemy at your service. If you have a need, the internet can provide.

One specific website that you may want to visit if you’re the conspiracy theory type who despises governments keeping secrets that are vital to the nation’s welfare. This website comes to us in the form of WikiLeaks. Much like the well known information site Wikipedia, in the sense of design and inclusion of information, WikiLeaks is the place to go for leaked government, corporate, and media secrets. And while news about the site has been little enough to prompt the public to visit it, recent news about a WikiLeaks supporter facing trial. However despite the recent news, the level of awareness directed to WikiLeaks has been minimal to say the least. So why has this seemingless important website about withheld public secrets fallen off the grid like the secrets it harbors?

First we need to look at the conception of WikiLeaks itself which was created a whopping 8 years ago in October 2006 formerly by Julian Assange, but was in accordance to a nonprofit organization known as Sunshine Press: however Assange has been quoted as calling himself, “the heart and soul of this organization, its founder, philosopher, spokesperson, original coder, organizer, financier, and all the rest.”. Within the first year of its conception, Sunshine Press had supposedly claimed a database of 1.2 million documents. Not keeping any of the seized documents a secret, whenever WikiLeaks reveals a hidden documentation it almost suredly finds its way to the front page of news outlets across the country and potentially the world. According to WikiLeaks, the purpose of WikiLeaks is to bring important news and information to the eye of the general public thus allowing fellow readers and historians with the truth of fallacies proclaimed by governments, conglomerate corporations, and media moguls.

With an organization responsible for many groundbreaking pieces of news, how does WikiLeaks run in terms of administration. With normal companies you have all these intricate cogs that make the company operate at peak efficiency, but how does WikiLeaks run. Surely they have a large amount of workers under their disposal. Well you’d be wrong like I was. According to an interview in January 2010, the WikiLeaks team consisted of 5 full time workers and 800 occasional workers all of which are uncompensated. 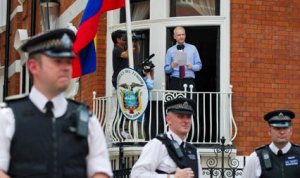 aforementioned companies and governments how does WikiLeaks stay hosted. Surely these companies and government would wish to remove WikiLeaks as it would definitely protect their image in the face of the general public. Regarded as an “uncensorable system for mass document leaking” WikiLeaks is hosted by Swedish servers and other undisclosed countries. Despite its being a high target for removal, WikiLeaks is protected by the Swedish constitution thus giving users of WikiLeaks legal protection against those malcontented with the content of WikiLeaks. However the site became a heavy target for denial-of-service attacks on its old service thus causing WikiLeaks to move to Amazon servers. This will be short lived as Amazon “ousted” WikiLeaks claiming that they had violated Amazon’s terms of service resulting in WikiLeaks shift to OVH, a private French web-hosting service. After two court appearances regarding the legality of hosting WikiLeaks.

In order to stay live and operate anything you need funding. As I mentioned earlier WikiLeaks is a not-for-profit organization simply meaning that it is ran largely on volunteering and donations. Currently the finances need for annual expenses averages at around €200,000: this would raise up to €600,000 if the volunteer work was paid. Also many lawyers that are used by WikiLeaks are pro bono or donated by businesses like the Associated Press and Los Angeles Times. A large contributor to WikiLeaks is the Wau Holland Foundation provide money only for traveling, hardware, and bandwidth. However there are reports that the inner 5 full time workers, including Assange, have started to receive a salary. But WikiLeaks experienced a little lack of fundings in the end of 2009 going into 2010 stating that they will be closed until the minimum funds needed to operate were met. This wasn’t achieved until February 2010, a whole month after the expected date that they would return.

While WikiLeaks has fallen out of headlines in the past couple years, recent news has sprouted up as a supporter of WikiLeaks is facing trial. The supporter is a former Australian Department of Defence worker who allegedly leaked classified files to the popular website 4chan. The reveal of the secret documents showed the signature of the “five eyes” mark the intelligence alliance between Australia, the US, Britain, Canada, and New Zealand. This alliance was first unveiled during the Edward Snowden leaks. The former Defence worker reportedly released the information in accordance with Assange with the message “Julian Assange is my hero.” Currently Julian Assange is holed up in the Ecuadorian Embassy in London in an attempt to avoid extradition to Sweden where he is wanted for questioning on an ongoing rape investigation.

After staying relatively dormant in the news, WikiLeaks seems to be getting an extremely large amount of negative publicity due to the rape allegations toward Julian Assange and the trail of the former Australian Defence worker. While these will tarnish the reputation of WikiLeaks, they still are providing a service that they, and their hundreds of volunteers, deem important which is revealing the truth to the public. Vitalizing the point of their website, to insure the general populus knows things they should know that were swept under the rug by governments, WikiLeaks has persevered before and will continue to persevere.