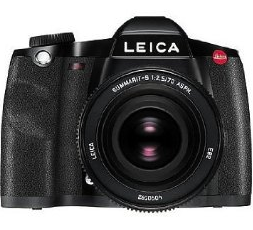 As our society continues to hurl itself into the future, working constantly on new technology in the hopes of having a better tomorrow, the level of technical prowess and skill is stagger. To think that In the past 100 years we moved from a time with sub par medical care, telephones bound to homes by wires, and no talk of the internet to a society and era dominated by smartphones, the internet, and the immaculate health care that first world countries provide. These advancements in technology have led to the creation of high quality media including pictures, videos, and electronic devices. The latest and greatest smartphones have the capability to capture extremely high quality 4k video providing cleaner and crisper videos; that quality is at the tip of our fingers to the average everyday person but just think of the possibilities for professional photographers. From taking a 360 degree photograph in under 8 seconds to having immaculate zoom in capabilities, professional grade cameras pose as a gateway to incredible pieces of art. But the biggest downside of professional grade quality is the price tag associated with it. With cameras scaling upwards of $1000, the average everyday consumers would never buy a camera of that quality unless it was detrimental to their profession or the buyer had some money to spend; thus alienating a certain social class of people.. But the aforementioned cameras that cost upwards of $1000 are plentiful and numerous with hundreds of various models and makes from different companies and brands. So maybe you’ve been wondering what the top 10 most expensive cameras are and why they are so much money. Thankfully we’re going to take a look at the top 10 most expensive cameras starting at 10 and going down to 1 ascending from least to greatest in price. 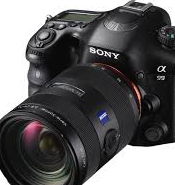 With Sony being one of the most known names in the technological field making gaming consoles, speakers, and even cell phones, it is no wonder they are able to make a high end camera. The Sony Alpha A99 has a larger resolution of 24z.3 megapixels allowing for clearer, crisper photographs. In addition to the to high resolution, the camera has red eye reduction automatically cancelling out the red eye effect when taking a picture. Next on the part list is the Exmor CMOS sensor that adds light to the picture in low light as well as adding clear pixels in the picture. With the high end key factors laid out, how much would it cost someone to purchase this high quality camera. Being at number 10 the Sony Alpha A99 is the cheapest camera on this list coming in at $1,999.99. At just under $2000 you can snag yourself this masterful camera at various retail stores. With Sony as the brand you know that you will be getting a very high end camera that will suite all of your picture taking needs with a camera you can take on the move.

When someone brings up cameras various brands come to mind as is the case with everything from smartphones, gaming consoles, and even fast food restaurants. In regards to cameras, Canon is one of the brands of cameras that always finds its way into the conversation as Canon always brings a level of finesse and quality in their products. Sporting a 22.3 megapixel lens, which is a little less than the aforementioned Sony Alpha A99, you can still capture high resolution photographs for everyday need or professional use. When you take a large amount of photographs with extremely high quality you will definitely need a large memory card; or at least with other cameras. The Canon EOS possesses a dual card slot allowing the use of two card storages. In addition to dual card slots the EOS can shoot 6.0 frames per second allowing the user to capture moving objects rather well. With a hefty price tag of $2,799.00, the Canon EOS 5D Mark III will surely give you high end action for its price tag; which obviously is what users want when dropping a large amount of money on a product.

Like the aforementioned Canon EOS 5D Mark III, some brands just come to mind when talking about cameras and Nikon is no exception. Like the Apple and Samsung of cameras, Nikon and Canon are the powerhouses when it comes to cameras. The Nikon D4 has almost 16.2 megapixels which admittedly is less than the past two cameras. While the megapixels are fewer, the Nikon D4 comes with many interesting features that makes it top tier. With 52 AF points, autofocus points, your Nikon D4 will be able to focus in on whatever you want to take a photograph of. The AF points are the number of points in the camera that go off when you take a photograph that all for a clear focused picture. The Canon EOS 5D Mark III can shoot 6.0 frames per second; the Nikon D4 almost doubles that shooting 11 frames per second. In addition to almost doubling the frames per second, the Nikon D4 doubles in price tag costing a pretty $6,000. For $6,000 the camera must be top of the line as $6,000 is no joke. With $6,000 you could buy roughly 17 Playstation 4’s. 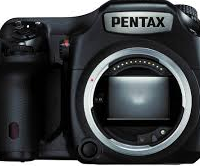 While camera buyers may not have heard of Pentax, Pentax is responsible for extremely high end cameras that are even used in movie production. Rocking an effective 51.4 megapixel CMOS sensor, the Pentax 645Z doubles the megapixel count in comparison of the Sony Alpha A99. Despite the Pentax 645Z only shooting 3 frames per second, the Pentax 645Z still has a dual card slot like the Canon EOS 5D Mark III which allows for more storage. An issue when using any electronic is when the battery dies. What’s the point of buying something worth thousands of dollars if you have to charge it every hour? Thankfully the Pentax 645Z has approximately 400 minute battery life; that translates into almost 7 hours of battery life. With a massive battery life you don’t need to worry about your camera dying after a few pictures here and there. So you’re probably asking “how much would this powerhouse of a camera cost the everyday consumer or photographer?”. Well this monster of a camera costs a whopping $10,499.00. At ten thousand dollars that only buys you the body. That means no accessories like stands or a case. 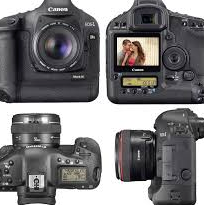 Like the prior Pentax 645Z, everyday camera goers with lower budgets may not have heard of the camera brand Leica, a German camera brand that produces high end cameras. While not the highest megapixel count on this list, the Leica S2-P sports an impressive 37.5 megapixels that is more than capable of capturing high resolution photographs. Even though it doesn’t have the most megapixels, it is the first camera on this list that is water resistant. Although that doesn’t seem all that impressive, being water resistant allows the photographer the ability to take photographs even when it starts to rain allowing for more unique shots. The water resistant shell is made of a nice rugged material that allows for outside use during all sorts of weather from extreme heat to torrential downpours. Just keep in mind water resistant is not waterproof. In addition to the water resistance, the Leica S2-P also has an impressive battery life allowing for 1000 frames, or shots, throughout one charge. All of these impressive features can be yours for a cool $30,000 for a brand new non refurbished camera. Jumping from around $10,000 to $30,000, you can clearly tell that the prices are going up and up rapidly.

Here we are the top 3 most expensive cameras. As we reach the top 3 most expensive cameras the trend of different brands occurs yet again with the Phase One P65 + Digital Back Medium Format with 645DF (wow that’s a mouthful) is a camera produced through the collaboration of two companies. The Phase One P65 offers more than 60 lenses allowing for various forms of immaculate high resolution for all types of professional use. One of the biggest selling points that the Phase One P65 offers, aside from the extensive selection of lenses available, is the modular freedom. Modular freedom with the Phase One P65 means that all of the parts in the camera are made the same way making them cross compatible with all other Phase One cameras. This allows the user to make upgrades and tweaks to their camera however they seem fit which is a sense of freedom that allows for the camera of your dreams down to the very last part. Coming in at $40,000 as well, the Phase One P65 is some of the best cameras on the market for serious film and picture photographers. 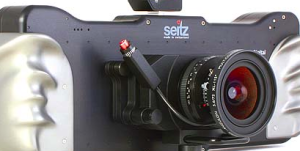 Number 2, the second most expensive camera on this list falls prey to yet another company that doesn’t register as one of the big name camera companies to those who take pictures everyday as a hobby rather than a profession. The Seitz 6×17 Panoramic is truly a one of the kind camera; quite literally one of a kind. The Seitz camera is the only camera in the world that has a 6×17 high resolution. Completely blowing the previous cameras out of the water, the Seitz 6×17 has a massive 160 million pixels available for taking crisp, clean, and focused photographs. When taking a photograph with such high resolution, one would think that it takes long to process that photograph right? Not with the Seitz 6×17. Possessing extremely super fast image capturing, the camera processes photographs at an insane rate of 300 MB of data per second. Deserving of its pricetag, the Seitz 6×17 comes in at $43,000 which is nearly the most expensive camera but, spoiler alert, is just a couple thousand dollars off. Even though it isn’t the most expensive camera on the list, the prowess this camera possesses is still commendable at the very least. 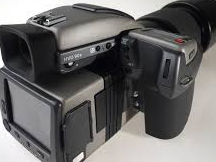 Looking forward into the future, we as a society don’t know if these prices will keep going up but it is a good prediction that they will. With better technology being churned out each and every year, it won’t be long til we have the futuristic cameras that are able to produce fully in depth 3D holograms with zooming and editing capabilities. With that day coming closer and closer to fruition, the camera market will continue to strive and innovate not only out of necessity but also out of desire  for the best groundbreaking technology. An instance of innovation in the camera department is the 2014 Nokia Lumia 1020 smartphone as the phone has a whopping 41 megapixels which has been unrivaled by other smartphones.

However other smartphones are starting to catch up as avid YouTubers have been using their phones to record some of their videos as opposed to the extremely expensive cameras that we went over in this article. So if you just so happen to have anywhere from $2,000 to $45,000 and don’t know what to buy and were thinking of getting into hardcore photography, then one of these 10 cameras is the one for you; no matter the camera you get on this list, the camera will still perform greatly no matter your use of if. Next time you are talking high end purchases that seem outlandish with friends, family, or coworkers, keep these 10 cameras in mind.