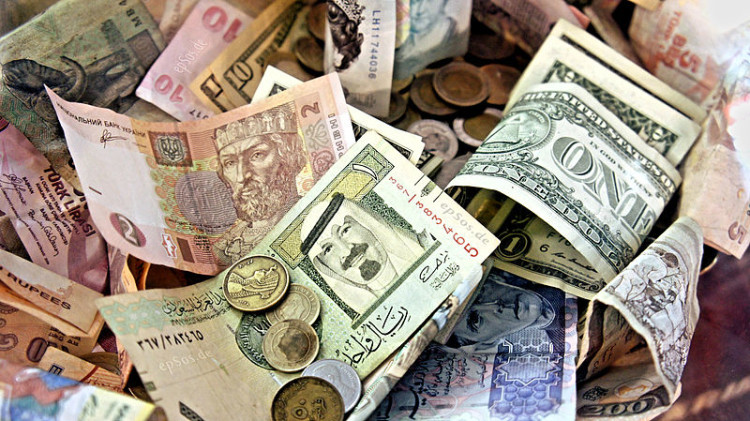 Some people trade money for power. Others yet use power to acquire money. For these ten leaders, both money and power come in spades. Here is our list of the top 10 richest world leaders updated for 2018. 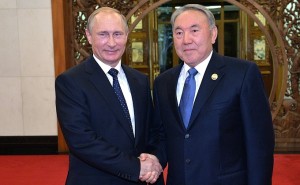 Despite being president of one of the poorest countries in Europe, Nazarbayev has amassed sizable wealth. Having held the office of President from 1989 and previously being the First Secretary of the Soviet State of Kazakhstan, there have been questions regarding the legitimacy of elections. This is further compounded by Nazarbayev’s Authoritarian style of ruling and shoddy national concept of human rights. In the past decade President Nazarbayev has been working to improve his international appearance by hosting large interfaith congresses to promote peace between religions. 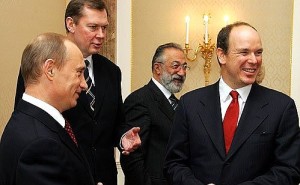 Prince Albert Alexandre Louis Pierre Grimaldi is the second wealthiest member of any royal family in the whole of Europe. Among his many holdings are stakes within Monaco’s casino and entertainment industries, as well as sizable real estate in both his home country and France. Aside from his wealth, Prince Albert II is also well known for his place on the national bobsled team in the Winter Olympics, and a constant interest in environmental issues. As a matter of fact, though he is an automobile enthusiast, most of his vehicles are either hybrid or wholly hydrogen based luxury vehicles. 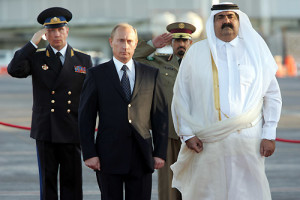 Besides being among the world’s richest leaders, Emir Sheikh Tamim is also the youngest. A graduate of the British Sandhurst Military Academy, Sheikh Tamim maintained a position in the Qatar Armed Forces until taking posts in Security and Economic offices. His immense wealth has originated both through inheritance and a heavy investment in the Indian economy, an interesting development as his policies tend to rotate around traditional, nationalistic identity. 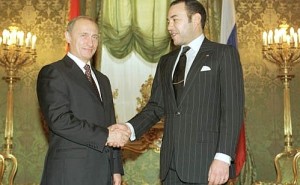 The king of Morocco appears to also been king to Morrocco’s economy. With an investment portfolio including everything from banking to grocery stores and even alcohol, almost no market has missed the eye of King Mohamed. He also owns large tracks of land used primarily for agricultural purposes. King Mohamed also seems to invest quite a bit into Morocco’s advancement and culture. Not only has he worked to preserve and recognize many of the native languages in Morocco, but has advanced the kingdom more towards democracy by requiring the appointment of a prime minister. 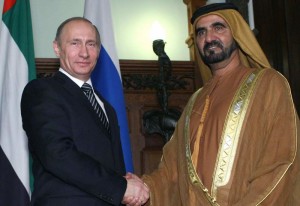 Emir Maktoum is a very busy man to say the least. Throughout his life, he has had a direct hand in opening a large variety of business. These include Emirate Airlines, Dubai Ports World (one of the largest trade ports in the world), and Dubai World (a large real estate holdings company). Aside from these immensely profitable side businesses, Emir Maktoum also carries an interest in equestrian racing and breeding, and is world renowned for his stables of the highest class thoroughbreds, which he uses for endurance racing. To further his influence in his hobby, he recently acquired the Woodlands Stud breeding empire for an amazing $460 Million. Not one to be seen as selfish the Emir has also donated to humanitarian causes to the tune of just over $1 Billion, ranging in causes from education to public health and war relief.

While only 5th on this list, Prince Hans-Adam II is the single richest person of royal blood in all of Europe. This is primarily due to his family’s holdings in the LGT banking group, which nets $7.6 Billion for the royal family as a whole. In classic royal style, Prince Hans-Adam has amassed a very large collection of exquisite art, put on display for his citizens in the Liechtenstein Museum. 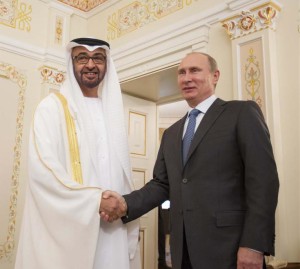 To say President Nahyan is a president in the most traditional of senses would be incorrect. In truth, he seems to be modern royalty as he took power after his father died in office in 2004, and has since been in firm control of his part of the world. This is especially true in terms of finance, as aside from being president, he is a chairman of the Abu Dhabi Investment Authority, which handles an estimated $600 Billion in assets. If this wasn’t clue enough that Nahyan strongly believes in the “go big or go home” lifestyle, he’s also commissioned the single largest yacht ever built, and the largest man-made structure in the history of the world, the Burj Khalifa. Alongside these monuments to massiveness, he’s also donating $460 Million to humanitarian causes. Among these causes were state of the art cardiovascular and cancer centers from John Hopkins and University of Texas, respectively which are to be built in the UAE. Furthermore, the M.D. Anderson Cancer center reports a $150 Million donation by President Nahyan.

Unlike the previous leader, Hassanal while wealthy in a financial sense, has often been accused of being morally bankrupt, and having a family in shambles. The most well publicized incident of the latter was when his brother Jefri got into a 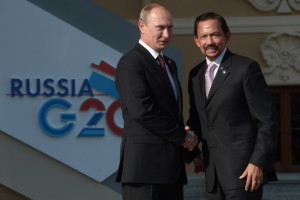 legal dilemma by using over $40 Billion in assets from the Brunei Investment Agency to cover debts and pay off the sultan himself to the tune of $8 Billion. The former has yet to be fully confirmed but include an ongoing lawsuit by former Miss USA Shannon Marketic. Miss Marketic claimed to have been lured to Brunei with the offer of a modeling job to instead be forced into sexual acts at the sultan’s palace before being able to return to the United States. To round out the image of someone who appears to not understand grace or modesty, the Sultan also owns over 2500 vehicles including a Rolls Royce covered in 24k Gold, and the single largest privately owned private estate in the world. The palace called Istana Nurul Iman contains over 1,800 rooms, 17 floors and about 200,000 square meters of floor space. 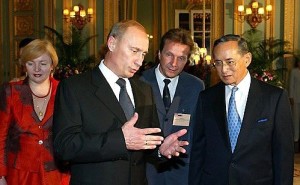 Having reigned for nearly 70 years, King Adulyadej is the longest serving head of state in the world and in the history of Thailand. Before becoming a head of state, King Adulyadej was a born globetrotter, being born in Massachusetts (the only royalty to be born in the United States), and educated in Bangkok and Switzerland before returning to his ancestral homeland. Through the Crown Property Bureau (which claims to not be owned by King Adulyadej, nor subject to be an entity of the government), this Thai king has investments varying between $20-40 Billion, mostly within real estate, banking and infrastructure companies, making him the richest royal individual in the world. This capital is noted to be tax-free, as is his most shiny asset: The 545 karat Jubilee Diamond, worth an estimated $12 Million.

The longtime frenemy of the Western World, Vladimir Putin tops this list. It should be noted that in a style 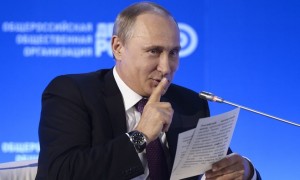 unique to Putin, we actually cannot accurately ascertain his wealth. Most of his assets within state oil, energy, weapons, and land investments are not clearly stated, and he only explicitly claims $80,000 per year; His salary for being president. However, whistle-blowers such as Ivan Rybkin have made estimates that Putin’s private fortune could range from $40 Billion to an absolutely insane figure of $70 Billion. What we can say for certain is that his penchant for luxury watches, totaling $700,000 and 12 stated villas and properties certainly puts the former KGB officer turned President’s official figures into serious doubt.