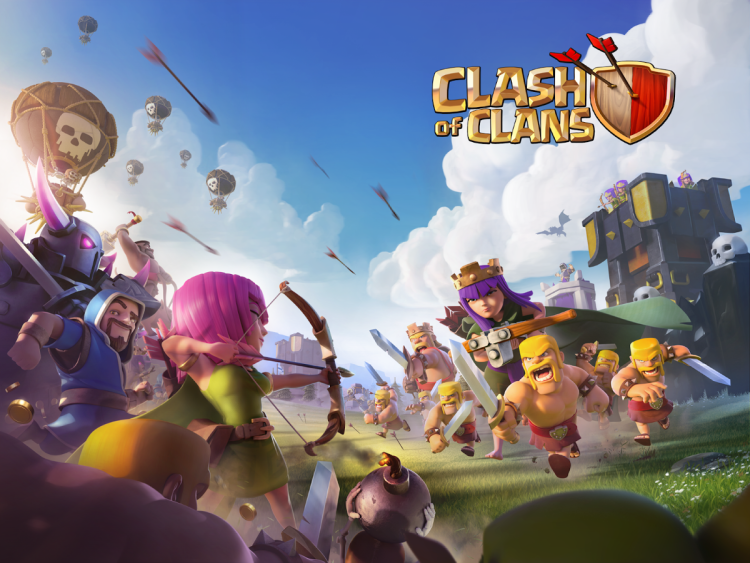 Ah Clash of Clans. When it comes to real-time strategy games, our mobile options were a little limited until the release of this little gem, pun intended, back in 2012. Since then it has gone from strength to strength, having been downloaded millions of times. I love a good strategy game, so I dug in. Built my little base, got to grips with the controls and no sooner than I had begun playing that I had to stop. Not because I wasn’t having fun, I was but more on that in a moment. I had to stop because the game didn’t want me to play anymore, not without purchasing Gems. So what is a gamer to do in the gaps between Clash of Clans sessions? Why fill them with games that are similar to it of course.

Putting aside the games monetization options, which I have to heartily advise against, here’s a list of five games almost, but not exactly, like Clash of Clans to tickle your fancy. 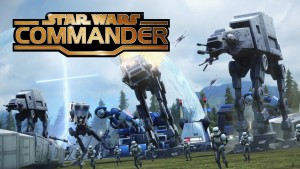 Like Age of Empires before it, Clash of Clans has a Star Wars skin. While there are some changes to the formula, better graphics and a story mode that is surprising fun to play through, it is still Clash of Clans at heart, so the usual trepidation should apply when downloading it, keep your wallet shut people, free to play games do not need your money. I’m a sucker for Star Wars stuff though, as my three articles on the topic would suggest. Overall I’d rather play this than Clash. 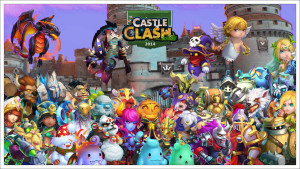 You know, when a game comes out in a genre that people haven’t seen fit to name all games released after it that bear it a resemblance get called clones. Doom clone, GTA clone etc. With games like Clash of Clans not really having a genre name of their own(Multiplayer Online Real Time Strategy, MORTS?) it was inevitable that Clash of Clans Clones would be called as such. Enter Castle Clash. The game is a very popular alternative to Clash of Clans, it has a good player base and is similar enough to Clans to be instantly familiar. It differs just enough from Clash of Clans to feel fresh for a few days. If you’re looking for an alternative you can’t go wrong with this. 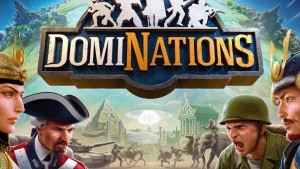 Ah, here we are. Everything Clash of Clans does DomiNations does better. Designed by the people who brought us such gems as “Sid Meier’s Alpha Centauri” and “Rise of Nations” Big Huge Games entry into the MORTS genre has schooled the competition. Taking inspiration from across the spectrum of strategy games players progress through the ages, from Stone Age to Space Age, building their base, upgrading units and tech. Your military doesn’t deplete unless a unit dies, unlike the other MORTS on this list, and overall the game feels complete. Not a mere skeleton of a game, but a full and finished product. the multiplayer is a tad unbalanced, but a few more patches and this will be one of the best games on the market place. 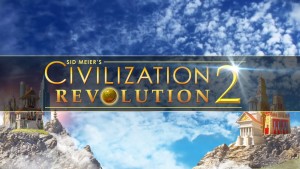 Here’s where we make a rather large divergence from the MORTS genre. Civ Rev 2 is a turn based strategy game. I’m a huge fan of the PC releases and as a result I find the mobile version to be somewhat lacking, but still a damn sight more playable than Clash of Clans and its ilk. The game is great for long journey’s away from your computer. The AI can be a little wonky, and the maps are a little smaller than I would like, but the graphics are good, and the depth of gameplay options, while not as expansive as its big brothers, are still plentiful. Only problem is it’s not free, but well worth the small price you’d pay. 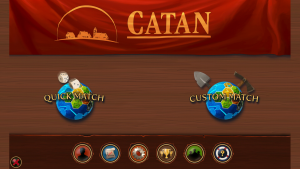 Man I love this game. You may be familiar with the board game? It’s a German style board game designed by Klaus Teuber that won the Spiel Des Jahres and the Deutscher Spielepreis back in 1995. It has since been made available on several systems, Xbox, PC and now Android and iOS. In the game you place settlements on a hex board, each hex has a number and resource. On your turn you roll dice, and collect the resources that sit on that number if your settlement is next to it. You then use the resources to build more settlements, or roads or upgrades. The goal of the game is to reach a certain number of victory points before the other players. It sounds complicated but after one loop round you’ll pick it up.

The great thing about the iOS and Android versions is that not only can you play online, you can also play offline by passing your phone around. The game is challenging, fun and filled with unintentional hilarity. If you can’t pick up a physical copy then the digital version makes a great substitute, there are a few in-app purchases but I really wouldn’t bother with them, the base game comes with the seafarers expansion anyway.

So there we are. A nice mix of games all on the theme of strategy. I really can’t stress enough how careful you have to be with freemium games though. I’ve made a few purchases in free games myself, DC Universe Online and MechWarrior Online to name them, but never a throw away purchase. I’ve seen too many wallets ravaged from reckless spending in free to play games, so be careful and have fun.