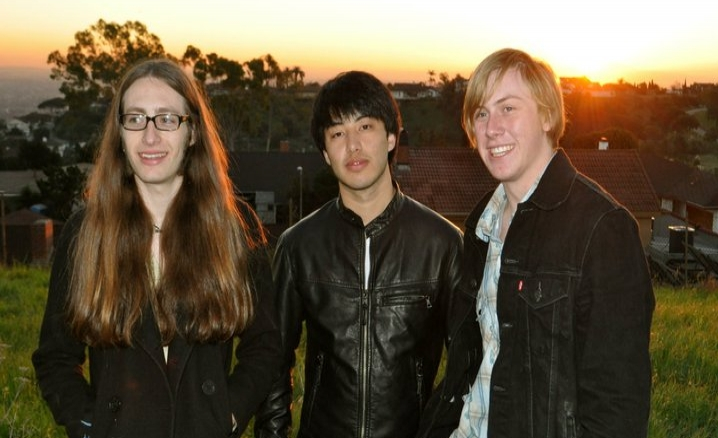 Cab 20 is a garage rock outfit from Los Angeles. Their sound can best be described as garage rock influenced by the blues and stoner rock. The frontman of the band, singer/guitarist Bert Hoover has said the band is often likened to The Black Keys, The White Stripes, and more recently Queens of the Stone Age. The other driving force behind the band is, Band Manager Tom Callahan. Tom has been on interviews saying, he had been working with the band for about a year on different aspects of their performance before they thought of appearing on Shark Tank.

In 2012, Cab 20 became the first band to appear on Shark Tank in the hopes they could interest the investors in funding their band. If it worked, this could mean a significant change in the way music was funded. Callahan has said that the Venture Capitalist route to fund music or entertainment is nothing new, but the process of acquiring capital was unique in terms of being on a reality show. Furthermore, it meant the band would perform in front of a viewership that was 7-million strong, each one a potential fan. At the time that was a prospect that Callahan thought was guaranteed, even if the funding was not.

Cab 20 walked into the Shark Tank with a unique proposal, a band as a business investment. Tom Callahan introduced the band as the brainchild of 18-year-old music prodigy Bert Hoover, and that they were asking for an investment of $200,000 for a 20% equity stake in the revenues earned by the band. The band then performed for the Sharks (a song called ‘Stomp’, later to become one of their most popular). The Sharks being both visibly and audibly impressed by what they saw, cheered and applauded, and things boded well for Cab 20. Callahan then proceeded to explain that the investors would get the above percent of revenues from everything except publishing. This announcement was not received as warmly as the performance prior. The Sharks were all immediately apprehensive and were quick to point out the flaws in Cab 20’s plans. When questioned about his own experience in the music business, Callahan said he had worked promoting a wide range of artists including Lenny Kravitz and Shania Twain. 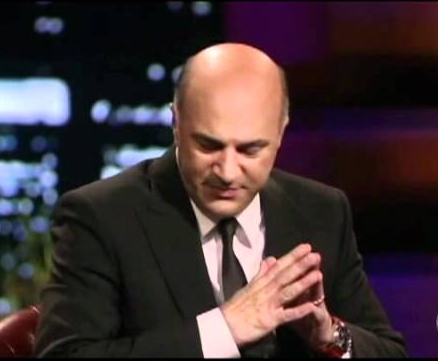 Daymond John observed that this would be the first band that Callahan would be spearheading from conception all the way through and thus they would be investing in Callahan’s ability as a promoter, as much as they would be in the band itself, to which Callahan agreed. Kevin O’Leary was then quick to point out that the percentage of bands that breakout and make money for their investors was very small, and the venture he thought was too much of a risk. At this point in the discussion Mark Cuban announced that he was out, saying that the music business is the worst business on the planet (and it scared the hell out of him). Daymond, then proceeded to back out, citing he had made losses dealing with the music business before, and was not ready to take that chance again. Barbara backed out saying she didn’t really feel that Callahan was the right person to see this band through, even though she liked the band as a package.

Then, Kevin O’Leary, essentially out of pure amusement decided he would offer them $200,000 at 50% of all the revenues. Kevin liked the band and inspite of the music industry being a total crap-shoot according to him, was willing to back them if they agreed to $200,000 at 50% of everything. Tom Callahan then made a counter-offer of $300,000 for 40%. Taking interest at this, Robert Herjavec then stepped in and offered to go 50-50 with O’Leary. This definitely sweetened the deal for O’Leary. He quipped he was going to change the band’s name to ‘Greed’, as soon as Callahan went out with the band to confer about this new deal. Callahan returned with an offer of $250,000, his final one. The Sharks were of one mind, but so was Callahan, no one budged on their offers and no deal went through. The pitch would probably have succeeded if not for Callahan’s insistence to maintain control of the publishing rights. Callahan told the Sharks that he had managed bands that had gone on to make millions of dollars, and that he had full confidence in the band and their capabilities and could not agree to an unsatisfactory deal. O’Leary then jokingly told them to rename the band to ‘You’re Dead to Me’. Backstage, Callahan said he believed in the band, and that the Sharks would regret not investing in them in a few years, when they would be selling out arenas and playing around the world.

Cab 20 appeared on Shark Tank in 2012. Four years later, where are they now? Are they megastars traveling the world today in 2016?

Well after their appearance on the show things only remained the same for a short while; in not more than a weeks’ time things started happening for the young trio – record label meetings, agency interest, all good things from the point of view of an up and coming band. 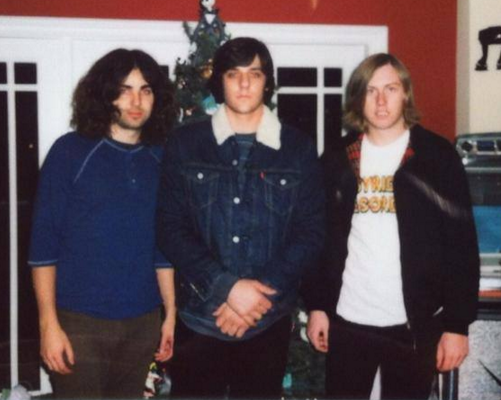 Before their appearance on Shark Tank, Cab 20 released a full-length album ‘Dirty Smiles’ in 2010 and the four song EP ‘Cactus’ in 2011. After Shark Tank, they released their full-length album ’Holy Denim Faded Vibrations’ in 2013 with Jason Almanza, their new bassist on board. The song, ‘Stomp’ (same one performed on Shark Tank) was used in an episode of ‘Degrassi’ on Nickelodeon. They have received appreciation from critics for their albums of high fidelity that are atypical of the garage rock scene. Raw, edgy and energetic live performances have only added to their laurels.

Even if they did not win their deal on Shark Tank, Callahan’s plan of playing for a 7-million-strong audience seems to have given enough of a boost to the bands’ own efforts to get noticed. He says in an interview that the band actually performed two whole songs which were edited down to 40 seconds, and the whole pitch itself actually lasted for 90 minutes. The idea from the start was to get on TV and play, whether they won the pitch was secondary. A great mix of superior, well-produced sound and the radiating vibrations of their live performances is what sets this band apart from the dime-a-dozen garage bands out there – and people have noticed!

2018 Update: Sadly as of 2016 it looks like Cab20 isn’t pursuing music at this time.  Visits to both their twitter and facebook accounts show nothing new being posted over the last year. Additionally when searching for upcoming gigs or shows there doesn’t seem to be anything showing up in the pipeline.

Sep 28, 2020
Santiago's rapid transit system is back to 100 percent nearly a year after the protests. On Friday, the government announced the reopening of two...