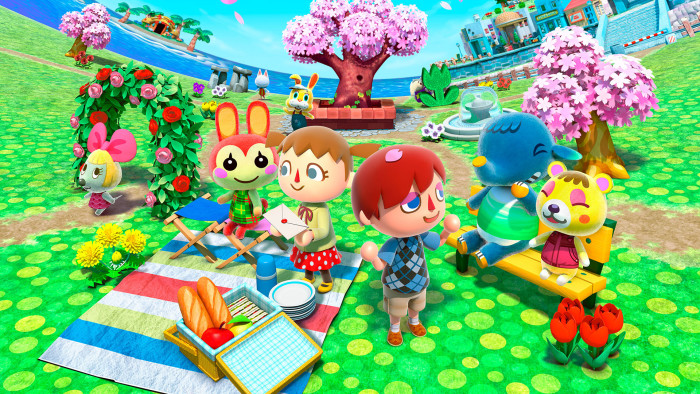 What is Animal Crossing?

Animal Crossing is a video game that was originally released in Japan for the Nintendo 64 in 2001 and then eventually released for English-speaking audiences in 2002 on the Nintendo GameCube. The premise of the game is simple: You play as a humanoid character who is venturing out into the world for the first time in his or her life. Travelling the country by riding on a train, you wind up in a relaxing village (which you must name) filled with animals that you are able to communicate with.

While there are several versions of the game that have been released on multiple gaming consoles, they are all very closely related. Each of them has their own set of holidays that are based on actual holidays – yes; the game is played in real time! So when it’s November 15th in real life, it’s November 15th in the game. There are also tons of activities you can do in the game, like fishing, insect hunting, decorating your house, doing chores for animals, customizing your character and lots, lots more!

Animal Crossing has gone on to become one of the most beloved Nintendo-exclusive video game franchises of our time. It’s such a rare and unique experience that it can be tough to find another game that matches its magic. 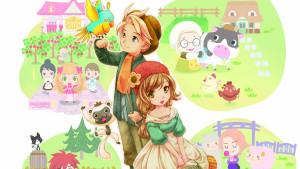 Story of Seasons is the most recent entry to the popular Harvest Moon series. The game released in 2014 in Japan and in 2015 in North America. The story of the game is very similar to that of the other Harvest Moon games, with the titular character (who you can choose to be a male or female) leaving his current life behind to start working on a farm. Other choices the player is allowed to make include choosing from the various hair styles the game offers as well as eye color, skin color and your starting wardrobe. Something completely new to the series includes two options of difficulty: Seedling and Normal. If you’re new to the series it’s recommended to start in Seedling Mode due to the higher difficulty of Normal Mode. While the mode isn’t difficult per se, you tend to lose your stamina a lot quicker which can suck the fun out of the game.

The standard farming returns to the series and just like in A New Beginning, Story of Seasons makes it simple by having each bag of seeds cover a 3×3 plot. In the more recent versions of the games they had one bag equal to a 1×1 square, which took quite some time to set up if you purchased a few dozen bags of vegetables. There are four total seasons in the game and thirty days per season. Each season gets their own set of crops that you’re able to sell to make a steady income.

Other features include taking care of a wide variety of farm animals, exploring a brand new town, trading with people online and even getting married. There are six bachelors and bachelorettes that the player is able to get married to. There are also a lot of other villagers in the city that you’re able to interact with. While you don’t necessarily do tasks for them, you are still able to directly speak to them and offer them gifts to earn their friendship. 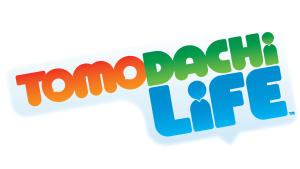 Tomodachi Life is a unique gaming experience that is heavily influenced by both Animal Crossing and The Sims. Gameplay wise you’ll notice a lot of similarities between Tomodachi Life and Animal Crossing but aesthetic wise it’s completely different than both of those games. You play as a Mii character and if you have any of the recent Nintendo consoles you’ll know what those are. If you don’t then all you do need to know is that Mii’s are blocky game characters which you can design in any way you’d like.

You begin the game by choosing which of your Mii characters that you would like to play as and import it into the game. During this process your Mii’s personality starts to unfold as there are also five main attributes (Attitude, Expressiveness, Movement, Overall, Speech) that you can selectively edit whenever you please that alters said personality. Afterwards you can finally join the game which takes place on a Mii island of sorts. There are a variety of activities that you and other randomly generated Mii’s can partake in. A few examples include the coffee house which you can work part-time at, an amusement park, the beach, an observation tower and your local park.

Interaction between Mii’s is similar to Animal Crossing, however it’s more so like Harvest Moon considering you can get married to another Mii and have children with them, so long as you have previously confessed your love. This spawned some controversy within the LGBTQ community as there is no same-sex marriage allowed in the game.

Tomodachi Life is more of a low-key game that doesn’t really get the recognition it deserves. Regardless, after being released in North America In 2014 it went on to sell nearly five million copies of the game. 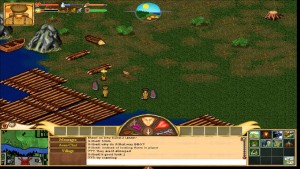 If you’re looking for an online point and click player vs. player version of Animal Crossing then Haven and Hearth is the game for you. The game begins with the player customizing their character and then being thrown out into the wilderness. From here on out it is up to you to survive the harsh terrain and wild animals. You’re going to need to be extremely patient if you want to succeed in this game as it is recommended by the community to spend a few hours walking through the forest before you set up your camp. Once you find a safe place you can freely build your new home and get to work.

Haven and Hearth is a very sandbox-like game, meaning the player can freely do anything they want. The first thing you’ll likely need to do is start saving up food. Since you just started you’ll likely need to search for berries and anything else you find during your travels. You can also rummage through ant hills to steal their food and collect larvae. Larvae are useful to attach to a fishing pole so that you can go fishing or you can find other small creatures like worms and insects. There are also a number of other activities you can do within the game like hunting animals, harvesting vegetables, leveling up, crafting decorations to improve your home-life and finding equipment.

I briefly mentioned in the first paragraph that the community recommends travelling a few hours before setting up your camp. The reason being other players within the game can find you, destroy your house, and kill you. Dying in the game is permanent so if you are killed by a person, a wild animal or another reason, you will lose every bit of progress you have accumulated.

The community for this game is small and niche and typically are very helpful. You likely won’t run into too many people trying to kill you so long as you keep to yourself. While it’s not a populated game by any means, it is still worth checking out for its unique take on the genre. 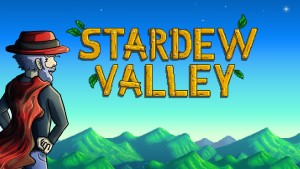 Stardew Valley is a relatively new game that was developed by a single person. Sole developer Eric Barone began the project back in 2011 when he was on the hunt for a new Harvest Moon-type game. After being unable to find one to his liking, he started developing his own and the rest is history. While the main inspiration behind this game is Harvest Moon, Barone has stated that while developing Stardew Valley he had other games in mind, including Terraria and Animal Crossing. He took features from all three of those games to create the ultimate version and the rest is history.

The plot revolves around the player (who can be either a male or female) escaping his boring day-to-day life and starting over in a village called Pelican Town. He takes on the role of a farmer and spends the majority of his time harvesting vegetables and taking care of animals. There are quite a number of vegetables that you can grow from season to season as well as a handful of farm animals you can take care of, including cows, sheep, horses and demonic chickens.

Other activities include participating in holiday festivals, foraging around the village, fishing at the lake and meeting all the resident villagers. Being social is very important in the game and you can easily make friends with people by communicating with them daily and giving them gifts. There are also a small handful of villagers that you can date within the game and end up marrying them to start your very own family. The main resemblance between Stardew Valley and Animal Crossing is that nostalgic, homely feeling you get while playing the game. Whereas most games these days feature fast-paced action, games like Animal Crossing and Stardew Valley rely more on making you feel relaxed. 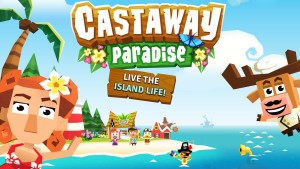 Coming in at number one of the top five games like Animal Crossing is Castaway Paradise. If you check out the official website for this game you’ll notice that the tagline is “It’s like Animal Crossing!” which I find to be pretty funny. The main difference being the series is not played on the Nintendo 3DS but rather on your computer or phone. Because of this the game is routinely updated for bug fixes or even free DLC. The lead developer is actually quite active online and if you ever have an issue you can personally contact him and he’ll get back to you straight away.

The game starts off with the player moving to an island where you meet a handful of villagers. While there are quite a few, it’s nowhere near the same amount that Animal Crossing has but that doesn’t stop the game from being any less interesting. The blocky-like animal villagers will often times have quests for you to accomplish and in return they will gift you with rewards.

Other things you can do in Castaway Paradise include being able to customize your character with different outfits, doing fun jobs like bug hunting, going fishing, planting fruit or digging for fossils and being able to decorate the island in which you live on.

Castaway Paradise is a relatively unknown game however it’s a fun little game that you can spend a few hours on when you’re bored. If you start playing just be sure that you’re active on holidays as just like in Animal Crossing, in Castaway Paradise they include special holiday activities which you can participate in.

That about wraps it up for the top five games like Animal Crossing. Who would have guessed that a game revolved around doing activities for a bunch of strange animals could not only be popular but incredibly charming? The only saddening thing about Animal Crossing is the fact it’s now primarily played on handheld devices. As a huge fan of the franchise I’d love to see an original Animal Crossing game on a console like the Wii U.