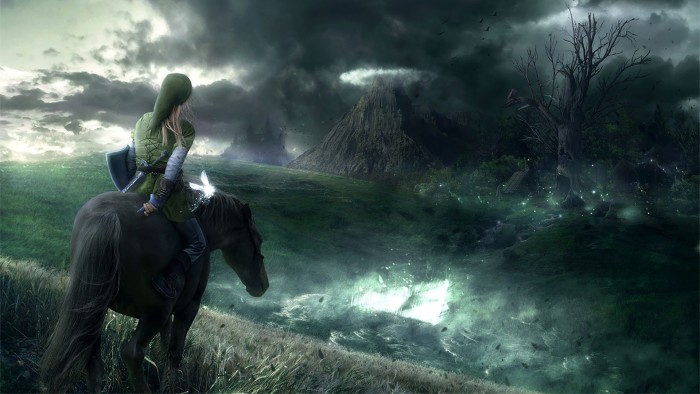 What is The Legend of Zelda?

The Legend of Zelda is a video game franchise that is exclusive to most Nintendo console and handheld systems. While there are multiple games which span over the past several decades, they all follow the same formula. You play at the titular character, an elf named Link who is a master swordsman. Each game features his adventures as he attempts to save a character named Princess Zelda from the many dangers that plague the realm of Hyrule.

Throughout each game you will encounter many unique monsters, take on dozens of different bosses, make your way through dungeons that test your skill and knowledge in puzzles and explore the realm of Hyrule. While there are lots of different games, they are all connected in a way with the use of multiple timelines and time travel.

If you’re looking to get into the series, I’d recommend starting with one of the 3DS games. You can pick up The Legend of Zelda: Ocarina of Time and The Legend of Zelda: Majora’s Mask, two games that were originally released on the Nintendo 64 but have since been ported to the Nintendo 3DS with upgraded graphics. If you own a Wii U you can also check out Hyrule Warriors and the upcoming untitled Zelda game that is set to release later on this year. 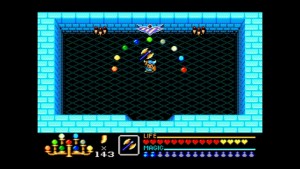 Golden Axe Warrior is game that was developed and published by SEGA all the way back in 1991. It features a character that resembles He-Man who is on a quest to take down an evil character known as Death Adder. This character has been invading several countries and killing off their respective royal families. In the country of Firewood resides our hero character who is the only one capable enough to take down Death Adder. Your evil foe uses powerful magic that no mortal is able to stop, including you. The hero must venture through nine labyrinths to collect nine different crystals. After receiving the crystals you must take on the final labyrinth which holds the mighty Golden Axe, the only weapon within the game that can defeat Death Adder.

Golden Axe Warriors shares multiple similarities to The Legend of Zelda franchise, something which critics and audiences alike seem to praise. Even though this game is quite old, it still was able to feature a relatively large world that is filled with lots of non-playing characters and monsters. Speaking of monsters, to acquire currency in this game you must defeat enemy monsters and steal their horns. While Zelda mainly focuses on melee combat it also features magic abilities, something which Golden Axe Warriors does brilliantly. There are several magic abilities throughout the game that the player is able to learn. Although that doesn’t stop the game from being mostly melee combat oriented. There are lots of weapons and armor that the player is able to acquire through their travels.

If you are attempting to find this game for your SEGA Master System, good luck! The original version of this game is one of the rarest in gaming history. Thankfully it has been re-released within Sonic’s Ultimate Genesis Collection for the Xbox 360 and PlayStation 3. 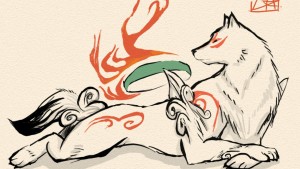 Okami is one of those hidden gems that you just happen to stumble across and wonder why it never got a proper sequel. Originally released in 2006 for the PlayStation 2 and then ported over several years later on the Nintendo Wii and PlayStation 3, Okami was published by Capcom and has the player traversing through the game as a wolf deity, one who looks strikingly similar to the wolf from The Legend of Zelda: Twilight Princess. Using your controller you guide this wolf through the Japanese folklore-based game in hopes of defeating an enemy that has been dormant for the past 100 years. Throughout the game you are able to hunt enemies down in your wolf form and use something known as the celestial brush to paint your way to victory.

The game is heavily inspired by Legend of Zelda gameplay and but takes it a step further with its beautiful watercolor and cel-shaded graphics. You play as a sun goddess named Amaterasu who has returned to Kamiki Village after an eight-headed demon named Orochi is woken from his slumber by an evil warrior named Susano. Once free, Orochi spreads chaos and destruction throughout the land by sapping the life force out of every living being. It is up to you to put an end to this curse and save the land by defeating Orochi and another demon named Yami who is controlling these evil spirits.

Amaterasu is gifted a celestial paint brush that uses the power of the stars to help aid her on her quest. Using the brush (which is really fun to use with the Wii Remote) you are able to pause the game and draw various shapes on a canvas which is useful for general gameplay. You should absolutely take full advantage of the celestial brush as it makes Okami one of the most unique games of last generation. 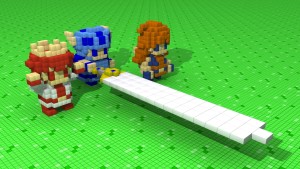 3D Dot Game Heroes is a PlayStation 3 exclusive that was released in 2010. The story revolves around a young hero on a quest to save the Kingdom of Dotnia from an evil king who is terrorizing the land and enthralling it into chaos. The king is so powerful that the game originally starts out in 2D but he felt the sprites were outdated so he uses his magic to transform the world to a pixelated, 3D look.  The only one who is capable of defeating Dark King Onyx is the titular hero who must return the evil king to his orb imprisonment where he has resided for the past several decades. Another evil character named Dark Bishop Fuelle has raised King Onyx from his slumber by stealing the orb from which he was imprisoned and released his madness back into the world.

The gameplay is heavily based on the original Zelda game from the ‘80s. Players are able to travel from screen to screen where they will encounter a range of various monsters. Other similarities include dungeon crawling where the player is able to defeat bosses, equipping fun items like bows and boomerangs and solving puzzles. Your main weapon is of course your sword, which is capable of leveling up over time while you defeat monsters. If you manage to keep your health at full then your sword will also grow over time, giving it a bigger hit box.

Reception for 3D Dot Game Heroes was fairly well, as most critics praised it for its homage to the original Legend of Zelda series and its blocky, but pretty graphics. It sold around 150,000 units worldwide which is not too bad considering it’s a fairly low-key game. While it had a decent following in the United States it unfortunately never received a sequel. 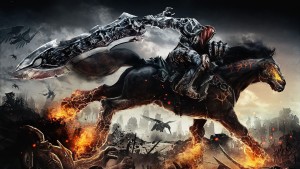 If you’re looking for a darker themed version of Zelda, then you may want to look into Darksiders. It’s a hack and slashed style game that takes place on heaven, hell and Earth. Based on the setting you are easily able to tell that the game takes inspiration from several religious elements but there have been a lot of Zelda influences as well. One of the key religious elements is the game being revolved around the four horsemen of the apocalypse – Death, Strife, Fury and War. In an ongoing battle between Heaven and Hell, four horsemen are called to help resolve their differences to bring this war to a stand-still. For some time they were successful but through shear manipulation, Hell begins to retaliate, leading everyone to blame War.

You begin the game by looking for answers. Rather than paying for a crime you didn’t even commit, you are tasked with finding out the truth about what is going on. With your trusty weapon Chaoseater and valiant steed Ruin by your side, you make your way through the game using your God-like powers to defeat demons and angels. Similar to most Zelda games you also have a few ranged weapons in your arsenal, including a boomerang and some throwing blades.

Throughout the game you defeat enemies which drop up to three different types of souls. One type will restore your health if you’ve lost some, another type is currency in which you can purchase weapons and the final type will regenerate your wrath meter. The wrath meter is its own unique bar that when full, allows you to enter a chaos form for a limited amount of time.

Your journey will lead you through several different zones, with each zone progressively making the game more difficult. You will interact with other deities to restore the heavens back to balance. 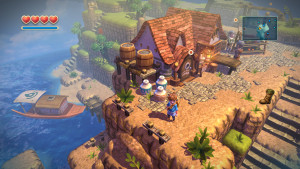 Here it is folks, the number one best game like Zelda. If The Legend of Zelda were a mobile or computer game, it would play exactly like Oceanhorn. Although it is a blatant rip-off, that doesn’t take away the fact that Oceanhorn is an incredible game and one of the best indie games you’ll ever purchase. The game begins with the title character receiving a letter from his father, who has gone missing. It is up to you to set sail on the open ocean and locate him, all the while taking down the monster of uncharted seas, Oceanhorn.

There are many similarities between Oceanhorn and Legend of Zelda. The main character is well equipped with his very own sword and shield. He also has several side weapons, including bombs and a bow. There’s a Legend of Zelda game titled The Wind Waker which is obviously the main inspiration of this game. Just like in that game, the player has his own boat which he can sail around to quickly get from place to place. Rather than sailing being tedious or difficult, it is rather simple to get used to. Many games have a hard time getting water levels “right” but Oceanhorn is not one of them.

Right off the bat you’ll notice how beautiful a game Oceanhorn really is. That is what I believe is the main draw to the game. It looks similar to the recent 3DS Zelda games which have pretty 3D graphics. Because of this, the developers were really able to show off how charming the game can be. You’ll really want to explore every step you possibly can which is great considering there are several islands, as well as multiple dungeons to explore. The game also includes lots of unique monsters that you’ll need to use strategy to defeat, and to top it off some pretty amazing music you’ll want to listen to even when you’re not playing the game.

That’s it for the top five games that are like Zelda. It’s very hard to find games that even come close to being as in-depth and amazing as any of the Zelda games, but I believe I’ve found some that come pretty damn close.

What is your favorite Zelda game? Let me know in the comments below!