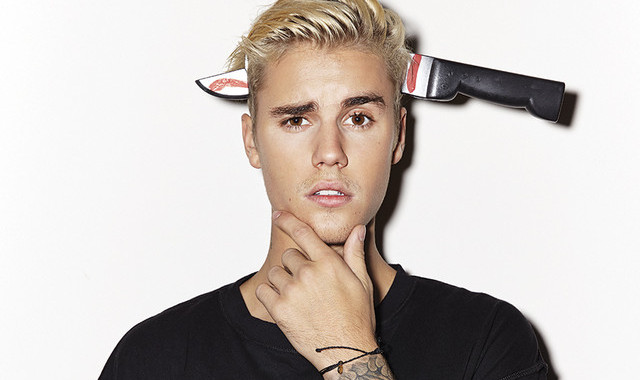 Justin Bieber might be one of the most polarizing personalities in the realm of music. Many people love him, and there are those who don’t like every bit of him. No matter what your stance may be towards “Biebs” there is no doubt that he is ridiculously successful and rich despite the controversies that plague him.

Read on and find out how Justin Bieber made a name for himself.

How did Justin Bieber make his money & wealth

Justin Drew Bieber was born in London, Ontario, on March 01, 1994. He grew up in Stratford, Ontario with his mother Patricia as his father Jeremy left them while he was still a toddler. The two stayed in an affordable housing while Patricia took different low-paying jobs to put food on the table.

Bieber expressed interest in music at an early age. He was given a drum kit as a second birthday. Eventually Bieber learned how to play different kinds of instruments as he grew up. At the age of 12 he won the second place in a singing competition after performing Ne-Yo’s “So Sick”. This performance, along with other videos of Bieber singing, was uploaded on YouTube so the family can watch the young boy’s talent. What they didn’t expect was that Bieber’s videos attracted a lot of fans.

In 2008 talent manager Scott “Scooter” Braun accidentally clicked one of Bieber’s old videos while on the hunt for someone else’s. Braun sought out Bieber’s school and managed to contact the young boy whom he invited to Atlanta for some demo tapes. Bieber luckily came face to face with Usher and the latter was impressed with Bieber’s talent and confidence. Later on Bieber was signed to Braun and Usher’s record label named Raymond Braun Media Group (RBMG), and then he was also signed to Island Records in the same year.

Bieber’s debut single ”One Time” was released on May 18, 2009 and met commercial success and positive reviews. It was followed on November 17, 2009 with an extended play My World containing six songs and was again another success. 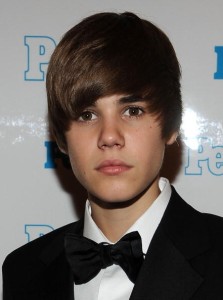 His debut album My World 2.0 hit the shelves on March 19, 2010. His most famous song “Baby” was among the singles in this album. Despite its success, the song remains up to this day as the most disliked video on YouTube. At this time Bieber was now at heartthrob status with a legion of preadolescent female fans. His frequent appearances on television plus social media activity shot his popularity up to greater heights.

Puberty began to make itself known through changes in Bieber’s vocals and appearance. He could no longer hit notes like how he used to. His 2011 Christmas album Under the Mistletoe contained songs that show the differences in his voice. During this year he also had his first biographical film Never Say Never.

His next album Believe was released on June 15, 2012 and it introduced the mature side of Bieber with an alignment towards R&B and dance-pop compared to his previous album’s teen pop tunes. Nevertheless it was still a success. Critics noted the evolution of the pop star with a deeper voice, while some compared his climbing success akin to Justin Timberlake’s journey from being a teenager to young adulthood.

Journals was a compilation album released on December 23, 2013 only through online platforms. It contained themes that focused on heartbreak and forgiveness which was seen by some to be inspired by Bieber’s previous relationship with fellow singer Selena Gomez. The album was not well-received by critics who felt that it was an incomplete production. Justin Bieber’s Believe was his second biographical film and was released two days after Journals hit the shelves.

Bieber planned and worked on his next album in a period of two years. The difficulty in finding a musical direction for the album made him lose hope on it one too many times. In the end Bieber persevered and November 13, 2015 saw the release of Purpose. The album featured a totally different Bieber vocally and physically in the music videos. Its focus was mainly on encouragement through uplifting messages and apologies for past misdemeanors. Purpose received positive reviews and it gave Bieber his first-ever largest sales during the first week of release. Bieber began the Purpose World Tour to support the album and is still ongoing with an end date set for November 29. 2016.

Bieber has a number of products and endorsements to augment his earnings from records. His large number of Beliebers ensure that his products sell like hotcakes. He released a perfume named Someday in 2011 which targeted teenage girls. It was highly successful and was followed with future perfume releases namely Girlfriend, The Key, and finally the Justin Bieber Collector’s Edition. His website sells clothing, hats, and accessories.

Bieber’s endorsements with big brands like Best Buy, Macy’s, Adidas, Proactiv, and Calvin Klein rack up his earnings. He has also made investments on several start-ups like Spotify, Stamped, Shots, and SoJo Studios.

With his accumulated wealth Bieber bought different million-dollar homes for himself and for his father and half-siblings. He also managed to build up an impressive fleet of cars including a Lamborghini Aventador, a leopard-skinned Audi R8, and a black Cadillac CTS-V he dubs “Batmobile”.

No. His on-and-off relationship with Selena Gomez from 2010 to 2014 was well-known and was also believed to be the inspiration for many of his songs. There were many rumors circulating online regarding the other ladies in his life including Kourtney Kardashian. Recently he has been found to be dating fashion model Hailey Baldwin after a picture of the two on a passionate liplock surfaced on Instagram.

Bieber racked up to a $180 million worth of earnings last year. It was an improvement compared to his 2014’s $164 million. The release of Purpose during the last months of 2015 helped boost the numbers up.

Bieber moved in to a rental mansion in Beverly Hills for $35,000 a month. The 6,000 square foot mansion is packed with five bedrooms and an equal amount of bathrooms, a home theater, and a gourmet kitchen.

Bieber supports Adam Braun’s (Scott’s younger brother) charity named Pencils of Promise which helps improve education in developing countries. He appeared in the advertisements for their campaigns and donated money earned from fragrance and merchandise sales and concert proceeds. At times he personally tagged along with the charity to build schools such as in Guatemala back in October 2013.

Bieber also encourages adoption of pets in shelters instead of purchasing from breeders through a public service announcement from PETA.

After the onslaught of Typhoon Haiyan in the Philippines, Bieber fired up an online campaign with the hashtag #GiveBackPhilippines. He went to Tacloban, Leyte which was decimated by the typhoon to perform a special charity concert and to play with the kids. His campaign raised more than $3 million which was used to provide access to vaccinations, sanitation, clean water, and education.

He supports a good number of charities including ALS Association, Comic Relief, It Gets Better Project, Food Bank for New York City, Make-A-Wish Foundation, and World Vision to name a few.

Bieber broke the record of having the most number of songs being listed on the Hot 100 chart. It was previously held by The Beatles with 14 songs and Drake managed to reach the same number as well. However Bieber surpassed them both by having 17 songs chart at the same time during the release of Purpose.

Recently Vevo announced that Bieber broke the record for having the most number of video views. He managed to accumulate 10 billion views in a span of six years, with four billion of those hailing after the release of Purpose.

His My World 2.0 album debuted at the top spot of the Billboard 200 chart in the US, making him the youngest solo male act to do so since Stevie Wonder back in 1963.

Bieber’s charity work in Tacloban, Leyte earned him a star in the Philippine version of Hollywood’s Walk of Fame. This can be found in Eastwood City, Quezon City.