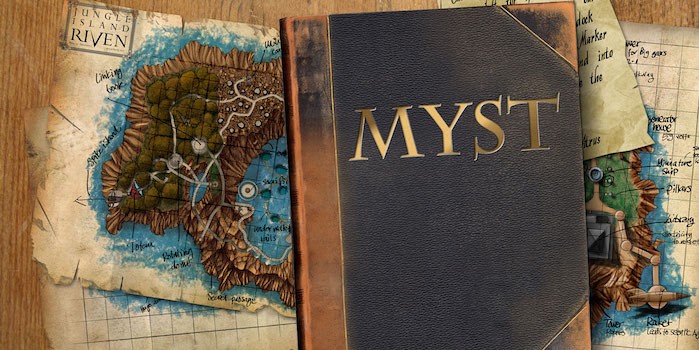 Myst is arguably one of the most iconic point-and-click puzzle/adventure games of all time. If you’re a younger gamer, you may not have even heard of this game, however. Myst first released in 1993, and it was a fairly ground-breaking game at the time. The graphics were incredible for the time, and people were captivated by the game’s mysterious story and difficult puzzles. In a world where you couldn’t just open YouTube and find a walkthrough, Myst was one of those games that you would spend months trying to crack. This specific genre of game is hard to come by these days, and I think that, to this day, Myst remains almost one-of-a-kind.

If you’re looking to play a game like Myst, you could always just opt for a PC port. They exist, and they’re pretty easy to come by. However, you have to consider that this game is over twenty years old. It’s still a great game, but some aspects of it, like controls and graphics, haven’t aged very well at all. There are remastered versions of the game that you could also try out, but for whatever reason, ports for this particular game are typically terrible and highly prone to crashes and glitches. So, if you’re looking to scratch your puzzle/adventure itch, you are going to have to probably look elsewhere. Luckily for you, there are a few games out there that I think do a good job in capturing the original feel of Myst. In this article, I’ll talk about some of those games. Without further ado, let’s jump right in.

One of my favorite parts of classic Myst was the story. It was so mysterious, while at the same time being so simple. It felt like fantasy, science-fiction, and mystery rolled into a single story, and I wish I could wipe my memory so that I could experience it all over again. Layers of Fear is a game whose story I think at least comes close to having that same level of magic. In this game, you play as an artist who has returned to his studio, in order to complete his final work. Players add to the painting by walking around an old spooky mansion and solving puzzles. The story in Layers of Fear is really captivating, and fans of the game will often replay it multiple times to determine what it all means. This game is really beautiful, and I think that fans of Myst’s intrigue will really like it. 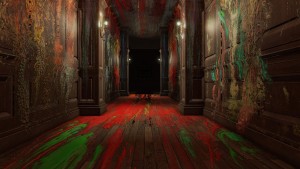 However, there are still a couple of key differences between Layers of Fear and Myst that I think keeps it from climbing higher on this list. Although most of the gameplay is story and puzzle-driven, this game is marketed primarily as a horror game. If you play this game, you can expect a lot of jumpscares. This isn’t necessarily bad, but Myst wasn’t ever really a scary game. Some aspects of the story may have been unsettling, but the game never tried to outright scare you. In fact, I would say that Myst was actually pretty peaceful. Layers of Fear is a great option for someone who is willing to play something that’s a little more scary, but I think that some of the other games on this list do a better job at capturing the zen that you can find in Myst. Still, this game is probably my personal favorite on this list, and I think you should give it a chance.

If you’re a die-hard fan of the original Myst game, you’ve probably heard of this one. Riven is the true sequel to Myst, and the events of the story take place immediately after the events of Myst. Thankfully, this game retained most everything that made Myst so successful. The game’s visuals were highly praised upon its 1997 release, and the puzzles were just as enjoyable. Although the game is a sequel, it keeps itself from feeling too much like a clone of the original game. The story is presented and progresses in an entirely new way, and the environments that the player explores feel entirely brand new. The game manages to feel both familiar and fresh at the same time, which made it a very successful game. 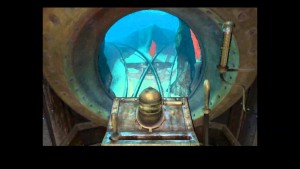 However, Riven ran into a couple of hiccups, which ultimately prevent it from claiming a higher spot on this list. To begin with, it seems as though Cyan Worlds sacrificed Myst’s simplicity and subtlety for something much more grandiose. The story and the puzzles were significantly more complicated than the story and puzzles of the original. For some people, this may be okay. However, I’ve never been a fan of video game series that become more difficult over time. It makes the game feel less accessible, to me, and especially when it comes to puzzle games, more difficult doesn’t always mean better. Not only that, but this game is plagued by the same kind of issues as the original Myst. The point-and-click controls are nostalgic and all, but they’re sort of clunky. Port quality is hit-or-miss. Still, if you’ve just beaten Myst and you’re looking for a greater challenge, I think that Riven is by far the most obvious choice for you.

At first glance, To the Moon is your standard indie RPG Maker title. It has the same pixelated figures, the same general look, and to be honest, it doesn’t seem very impressive. However, this game is probably one of the more emotionally stirring RPG Maker games that I’ve ever played. In To the Moon, a pair of doctors (scientists?) are trying to help a sick man fulfill his one dying wish. He wants to go to the moon. The story that follows is simple, but deeply poignant. Whereas Myst is more mysterious, To the Moon is significantly more touching. The game features a stellar soundtrack that complements the story and the characters beautifully. 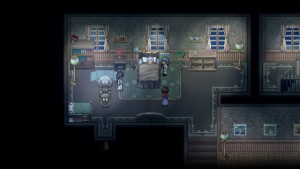 As incredible as this game is, I don’t think it is quite as similar to Myst as some of the other games listed here. To begin with, the pixelated graphics are very different from the more colorful, realistic visuals that you may think of when you think of Myst. I hate to be superficial, but this game doesn’t look nearly as good as the other games that I’ve talked about. Plus, I think the game is much shorter, and the puzzles aren’t nearly as involved. The game can feel like more like a visual novel than like a puzzle game, at times. Still, To the Moon clearly favors substance over style, and this little two-hour game has more heart than a lot of AAA games that I’ve played. This game’s story and puzzles may not be quite as complex as Myst’s, I still think that fans of Myst will find something to enjoy in this gorgeous game. Just approach it with an open mind.

I really like Ether One, because I think it takes To the Moon’s poignancy and combines it more effectively with Myst’s overall aesthetic. This game is essentially a story about dementia. You play as a person who is walking around another person’s mind, and you are tasked with restoring their memories. Just like with Myst, you can expect a story that is fragmented yet cohesive — something mysterious and thought-provoking all at the same time. It’s a very beautiful game, and I think that it’s “realistic but still a little cartoonish” art style matches Myst’s art style wonderfully. It’s a very good looking game, and its story and themes are ones that a lot of people could relate to. (I have to warn you, if you know someone who is afflicted with any kind of memory-related mental illness, you may want to have some tissues on-hand when you play this game.) 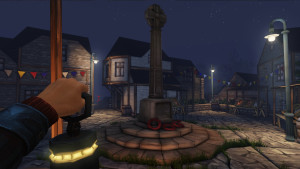 This game also has a lot of content. The world that you explore actually expands as you progress through the games, which can feel almost overwhelming at times. Ether One can take dozens of hours to finish to completion, which I think adds a lot of value to it. However, there are still a couple of issues with the game that I think detract a bit from the overall experience. To begin with, some of the puzzles feel a bit unimaginative. One of the best things about Myst was how creatively they made you think. I feel like a lot of Ether One puzzles just involve running back and forth, which means that the game can often feel a little tedious. (This game really shows how length and scope can be quite the double-edged sword.) However, aesthetically and tonally, this game will feel very familiar to fans of the original Myst. I think that it’s well worth your time.

Finally, we get to The Witness. This game is one of the most recent and most popular Myst-like games to have been released in a couple of years, and it has attracted a lot of positive attention. The set-up is pretty familiar. You wake up alone on an island, and you have to solve a bunch of different puzzles to figure out what’s going on. I have to say, the puzzles that I found in The Witness are some of the best puzzles that I have ever found in a story-driven puzzle game. Some of them are incredibly challenging (without ever feeling unfair) and the satisfaction of solving one is indescribable. (However, it’s worth noting that all of the puzzles are more or less the same. The primary difference is in solution and context.) Visually, the game is absolutely stunning. It’s a very strange art style, in that it is very colorful and alive without ever feeling entirely realistic. It gives the game a very surreal overall feel, which I really appreciate. 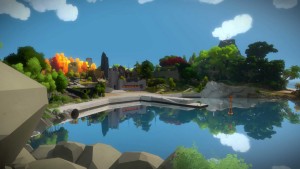 The story in The Witness isn’t too concrete, but it is certainly very thought-provoking. This game will make you ask questions about topics like discovery, investigation, and religion. The game feels very sincere, and I think it delivers an experience that I’ve never really seen in a video game before. I’m not sure if it’s entirely fair to draw comparisons between this game and Myst, since Myst is significantly less of an introspective and “artsy” game. However, I feel confident recommending this game to fans of Myst, and if you’re looking for a really surreal and intriguing type of puzzle game, I think that you could do much worse.

And that’s that. In my opinion, those are the top five best games like Myst. The puzzle-adventure genre seems to be shrinking, and it’s sort of difficult to come by quality games that belong to that category. Did I miss a hidden gem? Feel free to drop into the comment section below and tell me about it.