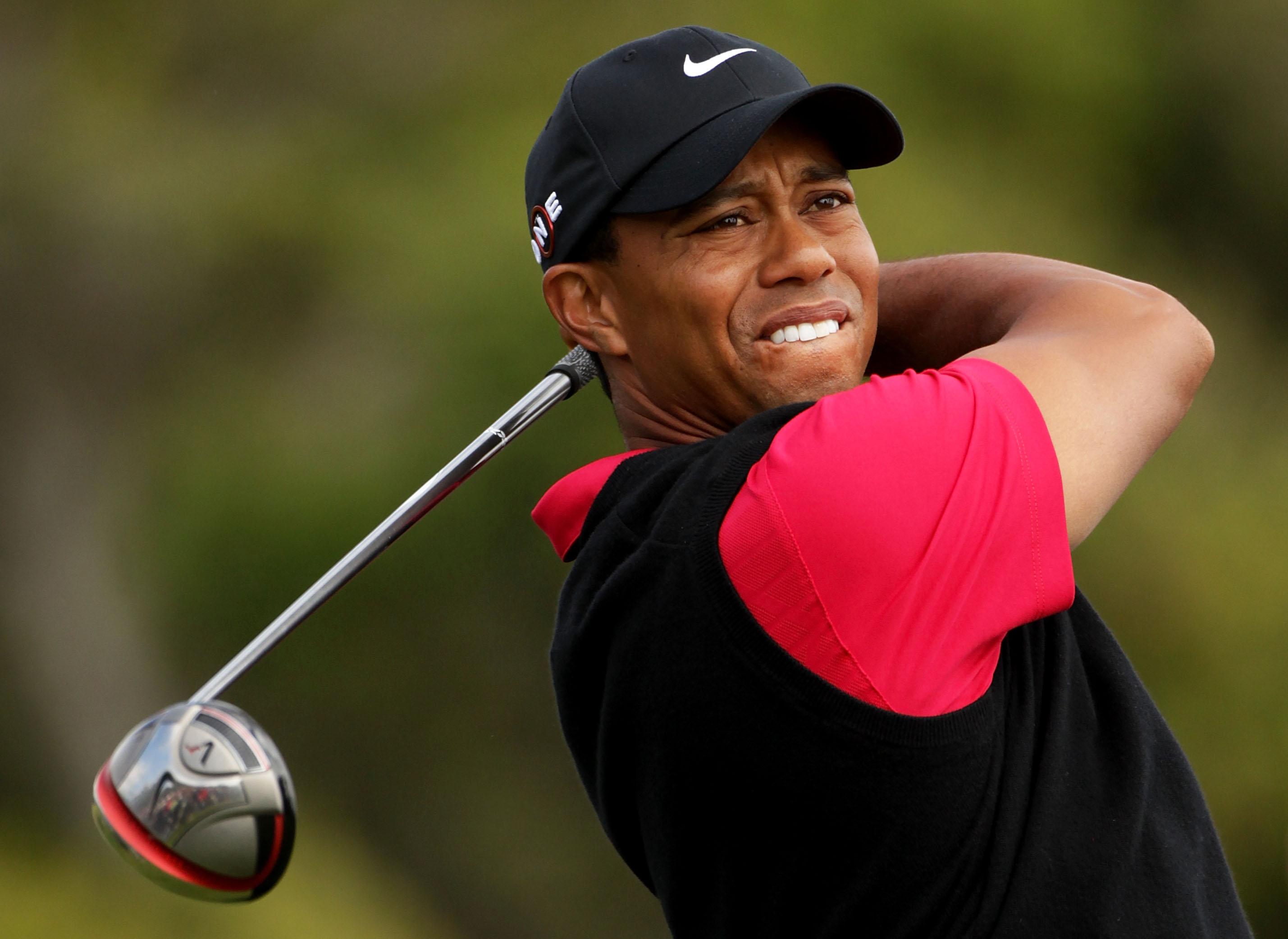 Tiger Woods is one of the greatest golfers who has ever lived. He’s the highest paid golfer ever, one of the highest earning African American athletes, and one of the richest athletes period. Right now, the forty year old is still earning huge amounts of money despite the fact that he is currently comparatively bad at golf considering his former play. Part of his fall from form has been due to injuries, and some of it has been from the controversy that has been swirling around his life for years now.

In the early 2000s, Tiger Woods was constantly ranked as the number one golfer in the world. Right now, he’s ranked as the 321st best golfer in the world, although he hasn’t been playing very much this year because of injuries. He hasn’t won a tournament this year, and his golfing related earnings in 2016 have been less than half a million dollars so far. Still, because of his lucrative endorsements and sponsorships, he made tons of money last year and was still one of the highest paid athletes in the world. Back in 2009, it was announced that Tiger Woods was the first athlete to make over a billion dollars in pre-tax earnings.

How Did Tiger Woods Make His Money And Wealth 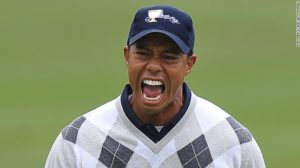 Eldrick Tont “Tiger” Woods was born in Cypress, California in 1975. His mom, Kultilda, is of mixed ancestry but is considered to be Asian American because of her Vietnamese background. His dad, Earl, is a Vietnam war veteran and is mostly of African American descent with some Caucasian background as well. Tiger has referred to himself as “Cablinasian,” which is a word he made up to reflect that he is a mix of Caucasian, Black, American Indian, and Asian. Tiger was given the first name of Eldrick by his mother, who chose it because the first letter (E) is the same as the first letter of his father’s name, and the last letter (K) is the same as the first letter of her name.

When it comes to golfing, there was never any doubt that Tiger Woods would be great. He was introduced to the sport by his father, who was a decent golfer. He quickly developed into a child prodigy, making televised appearances by the time he was three years old and winning youth competitions at a young age. At age eight, Tiger shot below 80 through 18 holes for the first time, and at age twelve, he shot less than 70. He first beat his dad in a game of golf when he was only eleven years old, and he would never lose a game to his dad after that. He had consistent success in youth tournaments, and was recruited by Stanford out of high school at the age of eighteen. He won three amateur golf titles in a row, and dropped out of Stanford after two years, at the age of twenty, to go professional.

Right after going professional, he signed very large endorsement contracts with Nike and Titleist on the basis of his youthful star power and potential. The next year, he won his first major, becoming the youngest golfer to do so in the history of the sport. Shortly after, he quickly rose to become the number one golfer in the world, becoming the quickest person to ever do so. He would continue to rack up titles and accolades in the early 2000s, before hitting a slump in 2003 and 2004, when he didn’t win any titles for a period. He got back into form in 2005. From 2005 until 2009, he would be consistently brilliant, continuing to make a name for himself in golf history. This all fell apart in 2009, when word came out about his extramarital affairs, which were heavily publicized in the media. At this time, he took a year off from golf, made a public apology, and tried to get his career back on track after losing several huge endorsements in the debacle. Since that time, his play has been mostly disappointing and marred by injuries, although he has shown occasional flashes of his old winning ways. Through his tournament winnings and endorsement deals, Tiger Woods has racked up well over a billion dollars in career earnings before taxes, although he lost a fair amount of his money due to his divorce being one of the most costly divorces on public record.

In 2003, Tiger Woods got engaged to Elin Nordegren, a beautiful Swedish former model. The pair met back 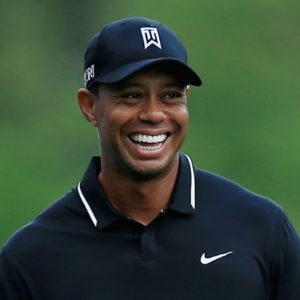 in 2001 at a golf tournament, and they were married in 2004 in Barbados. In 2006, the two of them bought a house in Florida for nearly forty million dollars.

Tiger Woods’ highly publicized divorce from Nordegren began in 2009, when it was highly speculated in the media that Woods’ was having affairs. A voicemail message that Woods had left for a woman was shared in the media, as were text messages he had exchanged with various women. Over time, over a dozen women ended up coming forward to the media and saying that they had slept with him. He took time off golf, apologized numerous times in the media, and lost many of his endorsement deals due to the media scrutiny from the affairs.

In 2013, Tiger Woods announced to the media that he was dating Olympic skier Lindsey Vonn, but the pair have since split up. His current relationship status isn’t known.

Does Tiger Woods Have Kids? 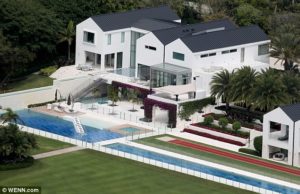 Tiger Woods’ house is on Jupiter Island in Flordia, which is one of the wealthiest areas in the United States. His home is massive, and is on a ten acre lot. The house has complete privacy, with water bordering it on two sides, and naturally it has a golf course. The house consists of five buildings, including pretty much every kind of exercise and leisure facility you could imagine in the home of someone who is super rich. He also has a 155 foot yacht on the property.

Woods started building the ten thousand square foot mansion back in 2006, and he moved into the house after his divorce in 2010. Apparently, he has been having some trouble with the house as of late. Rising water levels in the area have caused the foundation around his house to weaken, which has resulted in cracks in the walls and in the structure. Contractors have been seen on the property, trying to stabilize the house with beams to prevent future damage from the rising water levels.

Why Is He Called Tiger?

Though Tiger Woods is one of the most famous athletes in the world, and has been for nearly twenty years now, surprisingly few people are familiar with origins of his nickname. He was nicknamed Tiger by his father at a young age, after a military friend of his father’s. Col. Vuong Dang Phong, who was also nicknamed Tiger, was a friend of Tiger’s father while he was serving for the American military in Vietnam.

There seems to be some uncertainty with regards to whether Tiger Woods has legally had his first name changed to “Tiger” or not. However, when he was divorced in 2010, the legal papers had his first name as Eldrick, not Tiger, so it would seem that it is solely a nickname.

How Much Did Tiger Woods Earn Last Year?

As Tiger Woods’ play has dropped of significantly in recent years, so has his pay. Back in his years of prime success, in the mid to late 2000s, he would regularly make over one hundred million dollars in a year, as a combination of his winnings and endorsements. With that said, he is still making a significant amount of money even without bringing in many winnings. Last year, he made around $50.6 million dollars. The fifty million dollars came in the form of endorsements, most notably his huge deal with Nike. The six hundred thousand dollars came in the form of tournament winnings.

Way back in 1996, when Tiger Woods’ career was just starting to take off, he set up the Tiger Woods Foundation. The foundation employs around fifty staff and has, since the beginning, focused on helping inner-city youth develop their skills in golf. The organization puts on golf clinics all over the United States, and sponsors a team that competes in national tournaments.

As well, he opened the Tiger Woods Learning Centre, which provides college-style learning services for underprivileged young people and has five campuses across the United States. In addition to that, over the years Tiger Woods has hosted various events and charity tournaments to raise awareness for causes and raise money to fund the programs his charities provide.

One of the defining events of Tiger Woods’ golfing career is said to be when he met Jack Nichlaus as a teenager at a country club. Nicklaus is regarded as the greatest golfer of all time, and much of Tiger Woods’ career has focused on him chasing down records that Nichlaus set back in the ’60s and ’70s.

Obviously, another one of the defining moments in Woods’ career was the revealing of his infidelities and subsequent unraveling of his divorce. The media coverage came at the cost of significant financial loss to Woods, as he lost many of his sponsorship deals. Additionally, having to take time off to deal with his personal issues may have played a part in the decline of his play over the years. Tiger Woods was raised as a Buddhist, and practiced Buddhism from when he was a young child until the middle of his professional golf career. He said that, with the infidelities and scandal that marred his career for a time, he had fallen away from the practices of Buddhism and become selfish and impulsive. Politically, Woods is registered as an independent voter, and supported Barack Obama in the last election.

In 2006, in the midst of a very successful year, Tiger Woods suffered the death of his father, and took nine weeks off of touring to mourn the loss.