Portal has been hailed in terms of originality coupled by humor and challenging puzzles.  Players traverse the environment and solve puzzles with the use of a device that can create an entry and exit between two points, plus making the most of the game’s physics. It has spawned a sequel that brought new gameplay innovations with the right formula of comedy and problem-solving. These two games are critically acclaimed with Portal 2 being crowned as Game of the Year multiple times.

If you have just finished Portal and you are looking for another first-person puzzle-solving game then check out this list we have made for you. 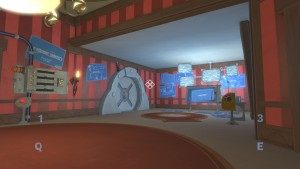 Quantum Conundrum was designed by Kim Swift who played a huge role in the creation of Portal. This may be the reason why you’ll notice a lot of familiar objects in certain levels of the game.

The game takes place in a mansion where the protagonist, a young boy, is on a search for his uncle who was trapped in a different dimension after an experiment. Even though he is in a different world the uncle can still see and speak, thus fulfilling the role of a narrator / guide.

As this is the home of a mad scientist there is always the threat of deadly lasers, face-melting liquids, and other environmental hazards. To help you get through them safely and to solve puzzles you are given a glove that can manipulate four dimensions. For example the Fluffy dimension makes heavy objects light as a feather while the Slow dimension slows everything down except for you.  Although only one can be active it is possible to quickly switch between dimensions to make the most out of their combined effects.

Quantum Conundrum was released in 2012 and received both good aggregate scores and positive reviews. However some point out the lack of detail on room designs and a lukewarm ending. 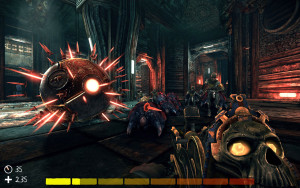 The Ball was originally developed as an Unreal Tournament III mod which racked up many awards during the Make Something Unreal contest in 2008. It was released as a complete game two years later.

The game puts you in the shoes of an archaeologist who is trapped underground and must explore the network of caverns to find a way out. The title refers to the huge metallic sphere that you will be using for both puzzle-solving and combat. Think of it as something like the Companion Cube in Portal with the added capability of smashing enemies with it.

Early on in the game you will find a device that looks like a gun. It will allow you to push and pull the Ball. Along the way you’ll encounter foes in the form of bugs and undead minions. The Ball will serve as both your shield and sword as you block their attacks and crush them with it. Don’t worry about losing it as the device can pull it back to your destination even through a great distance.

Almost all of the puzzles in the game require the Ball. It can also help you traverse paths by hopping on top of it like a platform for that extra jumping height. Eventually that big sphere will be given upgrades like a coat of spikes to make it more efficient in terms of killing. It will also acquire abilities that affect the environment like a gravitational field.

If you are looking for a first-person puzzle game with a dash of combat then try out The Ball. It may be quite short but the clever variety of gameplay and the striking visuals leave a gaming experience worth remembering. 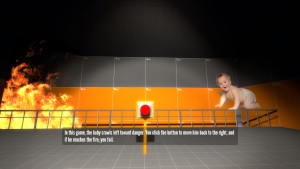 The Stanley Parable was originally a Half-Life 2 mod released back in 2011. Two years later a remake was released with additions to the story pathways and new locations to explore along with a visual overhaul.

The game follows the office worker Stanley as he lives a daily life of monotony working in front of a computer. One day he comes to work and finds all of his colleagues gone. This sets Stanley out of his cocoon and on a quest to find out what happened.

Just like in Portal there is no combat in this game, but there is also no device like a portal gun to help you out. You are free to walk around and your actions are limited to only opening doors and pushing buttons. As you traverse the empty corridors you are guided by a narrator on what path to take. You can choose to obey him or deviate from his suggestion, and he will attempt to talk you into going to the path he wanted you to take. There are 19 possible endings depending on the choices that you made throughout the game.

The witty script, absurd locations, and the narrator’s performance all add up to the humor in The Stanley Parable. Both the mod and the remake received positive reviews, and the latter managed to bag numerous nominations in different video game awards. 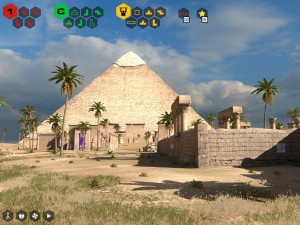 The Talos Principle gives you control of an android on a quest to find enlightenment under the guidance of a voice called Elohim.

The game allows you to switch from first-person to third-person. You traverse the beautifully-designed worlds in search of “sigils” which look like Tetris blocks. Danger lurks in the form of turrets and drones which can be disabled with jammers. Other objects like refractors and fans help you open sealed doors or impede enemies. The puzzles evidently become more difficult as you progress deeper in the game.

Additional information regarding the plot is discovered through different means like audio logs and computer terminals. You’ll meet other androids who can provide hints regarding puzzles and the entity “Milton” can be interacted with through the computers. Your actions eventually determine what kind of ending you will be given.

The Talos Principle is packed with puzzles that demand the most out of your time and brain. You might find yourself staring at the screen for half an hour trying to assemble the pieces of a panel. But in the end it will impact you with an unforgettable experience laced with philosophies of human nature. 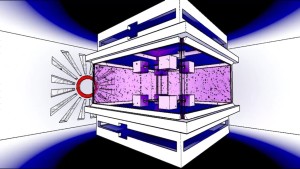 Antichamber does not begin with any kind of tutorial and instead throws you straight to the game world. The starting room is the central hub where the game’s controls and settings are plastered on the wall. You can return to this room with the Escape key where you can choose other destinations to visit.

There is no hand-holding nor any plot or guide to point you where to go. You are left to explore the bleak hallways to discover things personally. Perhaps the design was intended to be barren so you can focus your thoughts on clues and logic instead of tiny details that decorate the map.

Later on in the game you’ll acquire a gun that can be used to pick up cubes. These cubes are used in puzzles or to go past obstacles. There are signs posted on walls that give in-game advice and also serve as food for thought. The environment changes as you move forward with floors appearing out of thin air and corridors changing into entirely different pathways. Falling into chasms does not kill you but instead bring you to a new location.

Reality is null and void in Antichamber as right can mean down or left can mean diagonal.  If an in-game sign tells you to “Jump?” across a wide pit, choosing to obey or to drop opens up different pathways. The challenges are not here to torment you but instead they are actually gearing you up with the necessary skills for future puzzles.

There is always that rush of pleasure when you solve a puzzle using only your wits. Antichamber provides a lot of opportunity for that. Let not the seemingly-lifeless visuals turn you away from playing this truly unique game.

Have you tried any of these games? Do you know other games like Portal? Let us know in the comments below.