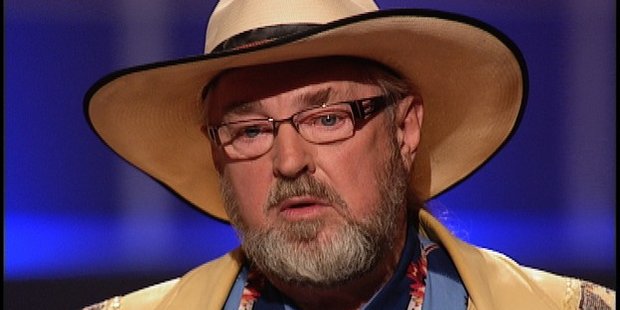 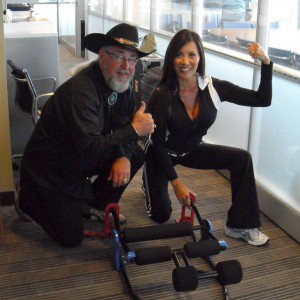 Jack Barringer, more commonly known as Cactus Jack, is a long time entrepreneur from Iowa. During his entire 65 years of living, he has never worked a job because he is able to rely entirely on his creative and innovative mind. For years he has been inventing products and putting them successfully out on the market. Cactus Jack is not limited to one genre of product either. His inventions range from cleaning products to fishing gear, to sewing equipment. Over the years, he has earned millions, but also gone through times of hardship when his products were not so successful. However, he has absolute faith in his newest item, the Body Jac.

The Body Jac was invented with the intentions of making workouts a lot more comfortable while still having the same slimming results. Barringer, an older man who, admittedly, was a little on the heavier side, made this piece of exercise equipment so that he could do pushups without putting so much stress on his shoulders and back. According to numerous fitness experts, the pushup is the best form of exercise out there, but does indeed cause a lot of pain within a person’s wrists and various other joints in the body. So, Barringer took it upon himself to create a device that would relieve some of that unwanted pressure. The Body Jac assists in keeping perfect form in order to perform the perfect pushup. Barringer, after testing out the product, claims that a regiment of three 8 minute workouts throughout the week will increase strength in addition to sculpting muscles in the arms, back, chest, and various other parts of the body.

Though Cactus Jack is incredibly confident that the Body Jac will skyrocket successfully into the market, he wants to find investors into his product because of the financial ups and downs he has already experienced in life. So, it is because of this that he decides to take to ABC’s Shark Tank in hopes of finding someone to partner up with him.

Cactus Jack and his daughter, a professional fitness trainer, enter the shark tank and introduce themselves and the proposed product. He begins by telling the Sharks his asking price, which is $180k for 20% of his company, the Body Jac. Then he immediately jumps into the inspiration behind this invention. It was after a meeting with his doctor that Jack decided to create a piece of exercise equipment that would help him shed off a few extra pounds so that he might start living a healthier life. He explains that when he first attempted to do pushups, his arms collapsed underneath him and that generated the idea to create something that would make it a little easier.

To demonstrate how the Body Jack works, Barringer has his daughter get on the model in front of the judges and begin to do pushups. How it works is that there are different weighted bands that attach to the equipment, and the heavier band you use, the easier the pushup will become. Barbara Corcoran points out that his daughter hardly appears to be someone who needs to work out, but that he himself looks like someone who could use a little exercise. She then inquires on whether or not he has been using it himself to see if the product actually helps to lose weight. Barringer admits that he hasn’t been using it himself and would not be the spokesperson for the Body Jac.

After the Sharks take a look at all the patents he has presented, Corcoran asks him what the manufacturing and anticipated sales prices would be. According to him, it would cost around $20-30 dollars to make and would then sell at about $180 dollars. Kevin O’Leary quickly speaks up, stating that all Barringer has is another ordinary piece of workout equipment that isn’t going to get very far in the market because there is already so much other competition out there. The only way to make this product successful, according to O’Leary, is to spend a lot of money on creating a name for it, a large budget, and claiming some market share. O’Leary then asks him if he has ever done something like this before, which he quickly answers “yes” to. Barringer explains that he created the first Tablet cleaner, which comes in an ammunition box and is shaped like a bullet. Since the launching of that particular product, he has sold around 10 million units and made several million dollars on it. However, having made that much money already, Robert Herjavec questions why he is even looking for investors when he supposedly has so much money already. He explains that because of his risk taking tendencies, his family has had to endure a lot of financial ups and downs and so he is trying to take a safer route with the launch of this new product.

O’Leary, not pleased with the ratio of things, decides not to invest because he believes that Barringer is taking a safe route and putting all the danger and risk onto the investor. Herjavec quickly follows suit, stating that it he fails to see the sense in giving 20% of the company away when he could easily keep all of it if he were to invest his own money into the company. However, Kevin Harrington confesses his love for the fitness market and believes that there is potential in the Body Jac. The only issue he finds in the deal is that Barringer is asking for $180k. Harrington is only willing to invest $90k for half of the company so long as he can convince one of the other Sharks to match that deal, or else he won’t make the deal at all. Corcoran decides she is willing to match the offer, but only if Cactus Jack uses the product himself and take before and after photos to help increase the believability of the product. 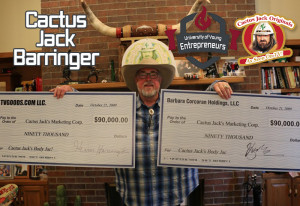 So, altogether, he is getting a collective offer of $180k from both Corcoran and Harrington so long as he gives up 50% of the company and loses 30 pounds, but then Daymond John puts another offer on the table. John wants to not only invest in the Body Jac, but into the Cactus Jack company as well. He offers $180k for 50% of Body Jac and the rest of Barringer’s other products as well. After taking a brief moment to consider both of the offers, he ultimately decides to accept the fitness challenge and goes into a partnership with Harrington and Corcoran.

Once the deal was made between Barringer, Harrington, and Corcoran, Cactus Jack kept true to his word and shed the 30 pounds in order to prove that his product really did work. Unfortunately though, there was not much success to be had after the deal was made. Body Jac does have a website (http://buybodyjac.net/) but was discontinued during 2012. Barbara Corcoran has openly admitted in interviews that investing into this particular company was the worst business deal she ever made, but her commenting stops there. No further explanation has been given on where the company went wrong. All we know is that it went belly up and failed so terribly that Cactus Jack’s recap was removed from ABC’s website.