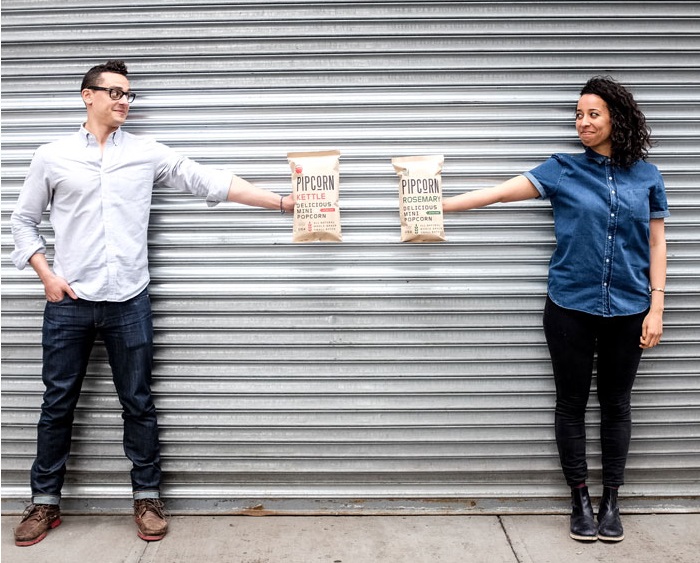 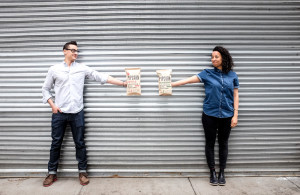 Pipsnacks is company specializing in a new and fun way to eat popcorn.  The creators of the product, Jen and Jeff, are a creative brother and sister duo from Brooklyn, New York.   Their idea for the whimsical take on popcorn all started with a dilemma that anyone that’s ever moved apartments can relate to; if everything is packed up, what am I supposed to eat while moving these boxes? Jen found herself in the same predicament when moving to a new apartment in New York.  It was then that Jen remembered she had been given a few unique items, when leaving work, from a friendly local farmer. A pan, some oil, a little heat, and a few pops later Pipsnacks was born.

Pipsnacks on Shark Tank – The Episode

Jen and Jeff pitched Pipsnacks on Shark Tank on November 14, 2014, looking not only for an investment, but most importantly to find a partner that could take their business to the next level.

The brother and sister duo entered the Shark Tank seeking an investment of $200,000 for a 10% interest in their company.  They began their pitch by explaining how Jen was introduced to a new and exotic breed of corn by a local farmer excited to educate people on the lesser known crop.  The entrepreneurs then explained just how special this new kernel was over its traditional big brother.  Besides being mini, Jeff boasted that Pipcorn is vegan, gluten free, organic, non-gmo, and most importantly delicious.  The miniature kernel also has another unbeatable feature; the smaller shell inside the corn completely eliminates the chance of the dreaded popcorn kernel in your teeth issue. 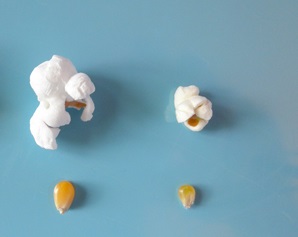 With the Sharks intrigued, the only thing left to do was handout some samples.  As each Shark tried the unorthodox popcorn they were treated to four of the company’s best flavors: sea salt, kettle corn, rosemary, and for the popcorn connoisseur, white truffle.  The good news was everyone loved the taste, and were pleased with each variety; the bad news…Kevin O’Leary wasn’t so pleased with the business strategy.  With a business that’s sole differentiator from the leagues of other popcorn sellers was a unique strain of corn, O’Leary wanted to know if this special strain of corn was exclusive to the Pipsnacks brand.

Unfortunately, the entrepreneurs didn’t have the answer Kevin was looking for.  Jeff quickly explained that while they don’t have an exclusivity deal yet, Pipsnacks is growing so quickly that they do expect to have that deal some day in the future.  “Someday in the future” was not the answer Kevin O’Leary was hoping to hear, for him, Pipsnacks had given themselves a two million dollar valuation, with nothing proprietary to justify such a high number.  To O’Leary, with two million dollars he easily could buy a large amount of the specialty corn and hire two people to run the business for a quarter of the price. 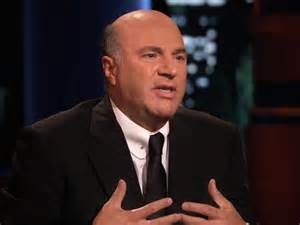 The brother and sister team were quick to fire back, pointing out that they have already been running this business for two and a half years, and have more experience than anyone he could possibly hire.  On top of that, Pipsnacks had some impressive numbers with over $400,000 in sales and a company growing so quickly they’d increased sales by 125% from the year before.  Plus, there was even greater potential for sales on the horizon.  Jeff explained that the company was on the precipice of an explosion in sales, but they had one very serious manufacturing hurdle to overcome.  Pipsnacks growth from 0 to $400,000, while lighting fast, was also encumbered by the reality that it was only manufactured by 3 employees with no outside help.  With all the manufacturing done in house, there was no way for the company to perform mass expansion. 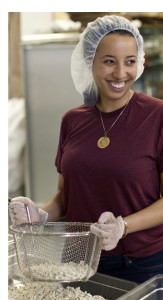 That’s why the entrepreneurs had also been hunting for a co-packer.  A co- 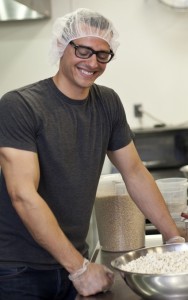 packer, also known as a contract packer, is a company that packages and distributes a company’s product’s so the business owners can focus on sales.  The Pipsnacks duo was confident that if they could only find the right co-packer to package their product they could double their sales by the end of the year.  Add to that news, that the co-packer could also cut their costs in half, and the future of Pipsnacks was a lot brighter than Mr. O’Leary’s potential copycat business.

Seeing a company brimming with possibility, Robert Herjavec jumped into the discussion.  Impressed with the entrepreneurs’ confidence, as well as how tasty the product samples turned out to be, Robert was willing to make an offer: $200,000 for 20% of the business.  A very exciting offer for the up and coming business, but as Kevin O’Leary pointed out; Robert was cutting the value of their business in half.

Barbra Corcoran, was also impressed with the initial success of the business, but for her it was the clear “it” factor the duo possessed that made it a deal she couldn’t pass up.  They were winners, and she could smell it a mile away.  So, Barbra presented an even better offer, $200,000 for 10% of the company, which was exactly what the Pipsnacks duo had come into the Shark Tank asking for.   Robert wasn’t keen to let a company with such a bright future slip away, and jumped in with a matching offer.  He too believed the duo were clear winners, and wanted the opportunity to join the team.

Jen and Jeff gave it some thought, but with Barbra’s demonstrated success in the food industry, and her penchant for being a dedicated mentor, her offer was an amazing opportunity.  With a heartfelt apology to Robert, the team gave Barbara a big yes! 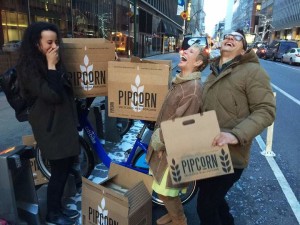 After Barbra’s investment of $200,000, Pipsnacks was met with an explosion in sales that made the creators cheer pip-pip-hooray.  With an impressive $400,000 in sales before entering the Tank, the company has reached a staggering $3,000,000 in total sales.  And while Mr. O’Leary was quick to question how the company could survive without an exclusivity contract with their exotic corn farmer, thanks to their exceptional sales they have finally reached an agreement for complete exclusivity.

These tremendous sales have also meant tremendous exposure.  Following Shark Tank, Pipsnacks has earned features on some big programs including Good Morning America, and even the Dr. Oz Show.  For GMA, Pipsnacks is “delicately seasoned,” and a tasty treat. 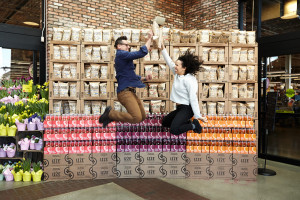 Pipsnacks as a business has also grown in several directions.  As far as national growth, before the Shark Tank, Pipsnacks were sold in 40 stores, which included 18 Whole Foods; today, Pipsnacks has popped into over 150 Whole Foods stores, as well as a litany of grocery chains including Wegmans, Safeway, and the Fresh Market.  On the internal business side, the two entrepreneurs finally feel like they have created a full-fledged company.  Having only 3 employees when entering the Tank, the company has acquired 40 new employees, and is truly proud of creating jobs for the community.

With all of Pipsnack’s success, Jen and Jeff have raved that Barbra is the greatest partner they could ask for.  For them, her best quality has been her willingness to go above and beyond to help them whenever they need her, especially with her real estate headquarters located just a few miles from Pipsnacks home base in Brooklyn, New York.  With a partner like Barbra, the Pipsnacks family has no doubt that their business will keep on popping!