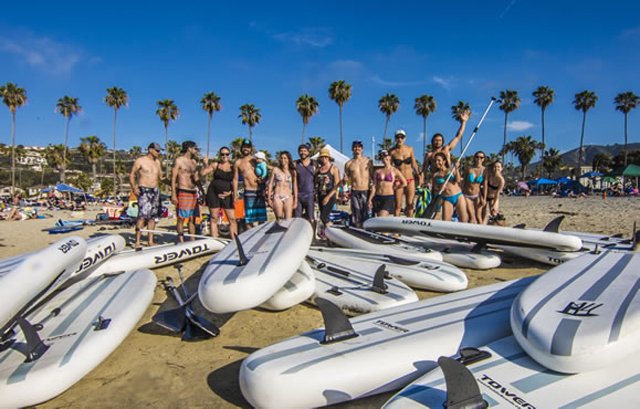 Stephan Aarstol is a man who knows his way around the internet marketing system. During the early 2000’s, Aastol put his search engine knowledge to good use by redirecting a lot of internet traffic flow to his very own website. On said website he sold premium poker chips and as a result of the traffic redirection, he managed to make quite a large sum of money in sales. However, Stephan started to notice a trend in the 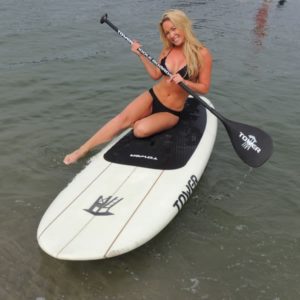 topics that people were searching. According to his findings, stand up paddle boards were becoming an ever popular search on the internet and that is why he decided to literally jump on board.
After conducting a little research about paddle boarding and the boards themselves, Stephan created his very own line titled Tower Paddle Boards. He generates sales in a similar way to how he made sales with his poker chip business. Stephan redirects online traffic to his website and because this sport is continuing to grow in popularity, making a profit was hardly a challenge at all. Especially since he has removed a third party retailer and sells directly to his customers. This means that the price of his paddle boards are sold at half the price of other boards sold in stores.

However, despite having some prior business knowledge and being rather tech savvy, Stephan decided that he wanted to bring an outside party in as a partner with him in Tower Paddle Boards. So he brought his pitch to ABC’s Shark Tank, hoping to tempt one of the Sharks to bite into his new business venture.

Aarstol enters the Shark Tank seeking $150k in exchange for a 10% stake in Tower Paddle Boards. Then he begins to explain what exactly stand up paddle boarding is and why it is taking over the nation as one of the new and exciting sports to take part in. The great thing about paddle boarding is that it is so easy to learn and that you can do can do it in virtually any body of water. It has that surfboard appeal to it, but learning how to paddle board isn’t nearly as complicated as it is to learn how to surf.

The sale’s pitch seems to be getting off to a great start until Aarstol begins to experience some technical difficulties with the slide show he brought to assist him in his presentation. For a moment he stumbles, leaving the Sharks looking severely underwhelmed with his performance thus far. Daymond John is the Shark to reach out, hoping to help push Aarstol along with his pitch. He asks him to explain what exactly his product is, which gets Stephan going towards the right direction. He explains that they sell paddles, boards, and various accessories to go along with them. In addition to that, they sell direct to consumer and over the course of 4 months have made $100k in sales. The boards themselves sell for $600 each, but retail sold paddle boards can cost anywhere between $1,200 to $1,600. 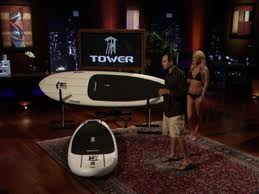 not only is it enjoyable to do, it also has a lot of health benefits as well. According to Aarstol’s information, one hour of paddle boarding is the equivalent of 8 hours of surfboarding. So not only is this product appealing to every day beach goers, but it is also something that workout enthusiasts can take part in. Not to mention it is also something that is pretty easy to do, so just about anyone could find enjoyment in purchasing one of these boards.

Right now, the secret behind the Tower Paddle Board’s success is that Aarstol himself is an internet marketing expert and he has about 12 years of experience behind him. Building the website and redirecting traffic flow didn’t cost them a single penny because he was capable of doing it all himself. Kevin O’Leary doesn’t seem to believe that it doesn’t cost him anything to lure in customers, but Aarstol explains that when a person Googles “the best paddle boards”, his brand comes up as the third or forth link on the page.

Regardless of this though, O’Leary wants to know what makes Tower Paddle Boards special. He argues that he could just make his own brand and have someone do all the work for him and have his very own company instead of just investing into Aarstol’s. This results in a heated argument between the Sharks and Aarstol, but Barbara Corcoran speaks up to get their attention because she can’t stand to hear another word about it. It is her belief that tech savvy guys like him speak in terms that she can never understand and that more often than not, they run away with her money. So, because of her lack of knowledge and understanding, she decides not to invest.

Mark Cuban attempts to instill more confidence back into Stephan by telling him not to listen to Corcoran, and Herjavec says that he really does enjoy the sport of paddle boarding itself. However, what he doesn’t like is the fact that Stephan is pricing his business at around $1.5 million and that is why he too can’t invest into it. In an attempt to help the Sharks make sense of what he is trying to do with his business, Stephan tries to make a metaphor involving water bicycles, Facebook, and cars. It all appears to get lost in translation because none of the Sharks follow what he is saying and that ultimately brings John to point out the facts. There is nothing that makes Tower Paddle Board different from all of its other competitors and that he is overestimating the worth of his business. With those key factors in mind, John can’t justify making an investment. 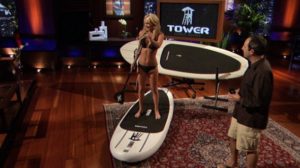 Despite having three of the Sharks out already, not all hope is lost for finding an investment. O’Leary says that he isn’t quite sure what the goal with the paddle board company is, but he is interested in Aarstol himself as a person. So what O’Leary is willing to do is give him the $150k investment, but only if he has a 50% stake in addition to collecting a 10% cash royalty on each board sold until he makes his money back. What he wants to do is to help develop Aarstol’s other business plans and give him money where needed, but Aarstol doesn’t really want to have to work for someone else. The rest of the Sharks pressure him to give an answer, and when he doesn’t react quick enough, O’Leary decides to retract his deal from the table and to not make an investment at all.

This move couldn’t have made Cuban any happier because now he has a chance to speak with Aarstol. Cuban seems to understand where he wants to take this business. He wants to grow it to a certain point of success, then flip it so he can take the money earned to start working on a different project. Cuban decides that he is willing to give him the $150k but for 30% of the business and he also wants the first right of refusal on any additional business ideas that Aarstol may have.  In a last ditch effort to regain Aarstol’s interest, O’Leary puts up the same offer that Cuban did, but is only asking for 25% of the business. This doesn’t really sway Stephan’s decision because he likes Cuban’s attitude better and thinks that they would be able to work better as partners.

After the airing of the show, Mark and Stephan ended up going through with their deal. Cuban would later state that making this deal was one of the best decisions he ever made on Shark Tank because it only took 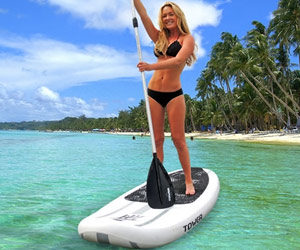 him a few months to earn back a large portion of the money he invested into it. The Tower Paddle Board brand is on the high road to success and is still extremely popular today. The business has been featured in People Magazine and Inc. 5000, ranked among some of the best products of 2015.

As of 2016 Tower padle boards had shown a 3 year growth rate of over 1850% and has been recognized as the fastest growing private company in San Diego.

They also launched a few ancillary business including Sunglasses by Tower, Tower Magazine, and the soon to be released “Tower Made” company which will provide a variety of beach related products such as snorkles and apparel.

If you are interested in learning more about paddle boarding or Tower Paddle Board products, you can visit their website http://www.towerpaddleboards.com/.  On their website you will find all their different available products in addition to the different places they have been featured in.