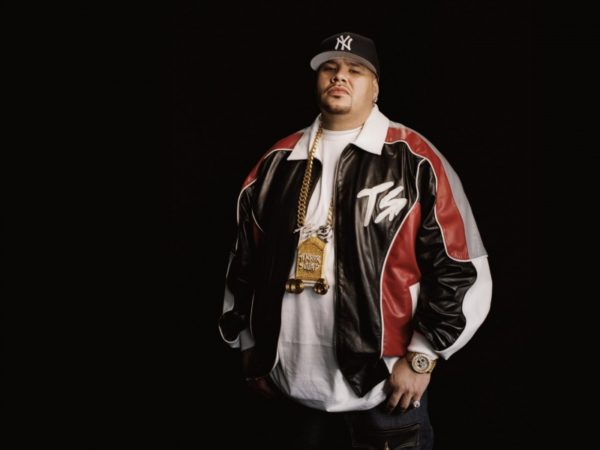 Joseph Cartagena (better known as Fat Joe) has had a successful career as both a rapper and as the CEO of Terror Squad Records for the better part of 25 years. Through the mid 1990’s and early 2000’s, both him and his record conglomerate were a nearly constant presence in the world of gangster rap. However, there has been little activity from him since his last record release in 2010. What has happened to Fat Joe since?

A proud New York Native of Hispanic descent, Joe was born on August 19, 1970 to parents of Puerto Rican and Cuban heritage. While many rappers claimed to live the life of a criminal, it would appear Fat Joe lived the part, becoming a thief at a young age to help support and feed his family. He also lived a great deal of his life within the public housing projects within the Bronx, where he was introduced to Latino oriented rap as a teen.

By the age of 22 Fat Joe had begun his rapping career, signing onto Relativity Records, where he would meet many of the artists who would later work alongside him on his own label. This included his childhood idol Big Pun, whom Joe had once said was an innovator of the Latino Rap game. Together, they produced songs and albums which included hip hop superstars such as KRS-One, Nas and Jadakiss, as well as at least one cameo by Snoop Dogg for the music video for “Twinz”. By 1995, Joe had already released two albums, “Represent” and “Jealous Ones Envy”both of which placed well within the top 10 of the top R&B albums at time of release.

After a moderately successful career under the Relativity label, Fat Joe and the group that would later become Terror Squad (Big Pun, Remy Ma, and fellow Latin rapper, Cuban Link) signed to Atlantic. Soon thereafter, Don Cartagena was released, his largest success so far, becoming his first Gold Album in 1998. The following year, Joe gained a significant influx of fans by collaborating on “Feelin’ So Good” with actress turned pop icon, Jennifer Lopez. This would begin a trend of guest appearances and collaborations that would be a hallmark of his career, especially after the death of his mentor and idol, Big Pun as a result of a lethal heart attack in early 2000.

By 2001, Fat Joe had reached both award winning and platinum status with his fourth offering, Jealous Ones Still Envy. The album featured a line-up of giants, from Southern Rap legend Ludacris, to Reaggaton’s N.O.R.E. and R&B signer Ashante, who helped create one of his career’s most beloved singles “What’s Luv?” This single had not one, but three nominations as Best Hip Hop Video from the MTV awards, a nomination as the best rap/sung track at the Grammy’s, and won the award for the best soundtrack single from the ASCAP awards. The latter is particularly amazing, as the movie in which the song was featured (Juwanna Man) is generally viewed as a flop, scoring only a 10% by Rotten Tomatoes rating standard.

Terror Squad’s next big break was in 2004, with the anthem for anyone who won’t (or can’t) dance at a club: Lean Back. With a music video that featured cameos by Kevin Hart, Lil Jon, Ja Rule and sung alongside long time partner Remy Ma, this single was not only a commercial success, but a catalyst for controversy. Soon after release, fellow rapper 50 Cent dissed Fat Joe and Terror Squad for working with Ja Rule, who had been feuding with Aftermath (whose biggest names included Eminem, 50 Cent’s mentor and someone Joe had passed up signing onto Terror Squad some years earlier), which started a slew of diss tracks and trash talking through CD’s and Radio Waves. Words nearly turned to actions when during the 2005 MTV Music Awards, 50 Cent rushed the stage after Joe sarcastically thanked him indirectly for he police protection at the awards show. The feud finally cooled down in 2008, when 50 claimed he had ended Fat Joe’s career, despite the fact that by this time, Joe had two more platinum albums under his belt. That being said, after 2008, his career did begin to slow down considerably even while collaborating with DJ Khaled and the then rising star, Lil Wayne. By 2009 his 9th studio album, J.O.S.E. 2 had shown his waning star; The album managed to sell only 20,000 copies within the first year of release.

Beside mediocre sales of his 9th album, other problems began to arise for Fat Joe, namely a charge of Tax Evasion during the time of the album to the tune of $3 Million which resulted in over $200,000 of fines and a four month prison sentence in 2013. The silver lining during this period however, is that during the time of both the evasion and charges (from roughly 2009 until 2013), Fat Joe shed some of what made is moniker true, losing over 80lbs in an effort to not share the same fate as his late friend, Big Pun.

While Fat Joe had remained fairly quiet after his sentence in 2013, it would appear he is planning at least a short return to the limelight. In recent months Joe has revealed he is working on yet another album with Remy Ma (which is currently without a title), and has released a music video for the first single “All The Way Up”, which also features French Montana. Judging from nearly 19,000,000 views on YouTube within the first month, it is expected this album will be a proper successor to the Platinum Era of Terror Squad.  In multiple interviews, Joe has claimed that he plans on releasing only two more albums before retiring from what has been among the longest rap careers in the game, giving fans at least a few more releases to look forward to.