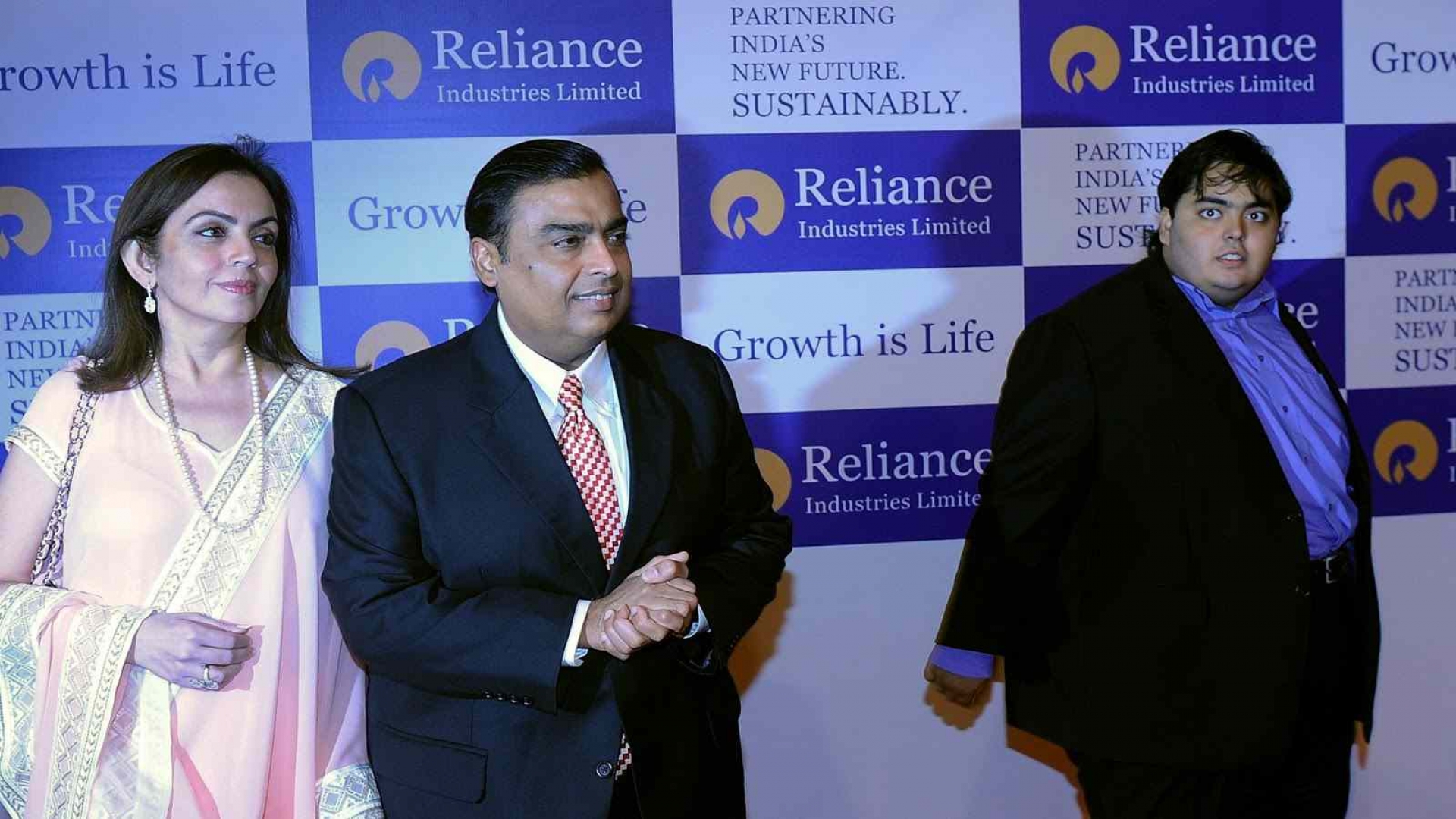 India is one of the largest, and most heavily populated countries in the world. With its rich culture and historical importance, it’s no wonder that India is the seventh-largest country by nominal GDP. Take all of those facts into consideration, and it’s obvious that India has some very wealthy and successful people.

And today, we’re talking about them, precisely about their networth and the origins of their income. Without further ado, let’s meet the richest people in India and see who are actually the wealthiest Indians in 2016. 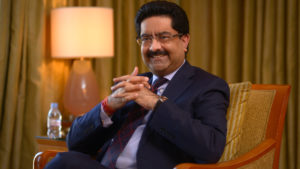 One of the largest conglomerates in India is the Adity Birla Group, which operates in 40 countries all over the world, and employs around 120,000 people. And the Chairman of the group is our 10th spot, Mr. Kumar Birla.

Kumar Birla grew up in Mumbai and Kolkata, as the fourth generation member of the Birla family. He has two high-education degrees, from Bombay and London. Mr. Birla took his current Chairman position when he was only 28 years old, and proven himself to be a competent businessman.

Under his command, the Adity Birla Group made 36 global acquisitions. If this was a list on Indian acquisitions, Kuma Birla would be placed as the number one, since 36 is the record as of now.

The conglomerate deals in many areas, including cement, carbon block, fashion, telecom services and many more. 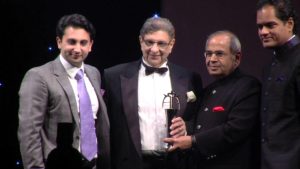 Cyrus Poonawalla holds the Chairman position at the Poonawalla Group, and is known as “India’s Vaccine King”. His group owns the Serum Institute of India, one of the most valuable Indian biotech companies. The Institute is the world’s largest vaccine manufacturer, having sold over 1,3 billion doses all over the globe.

Other than founding and leading the Serum Institute, Dr. Poonawalla also has ties with horse racing and has many business awards to his name. In his free time he enjoys expensive and luxurious cars, as well as custom-made limos. 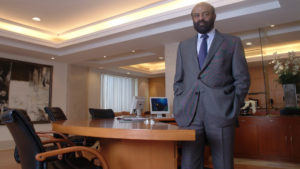 Mr. Nadari, born in a small Indian village (1945), is a world-renowned businessman and a philanthropist.  He is the founder and chairman of HCL Technologies, an IT company that is currently holding offices in 34 countries.

HCL is one of the largest Indian companies, with a revenue of $6 billion, as of August 2015.

Shiv Nadari, known as Magus, is focusing his efforts into improving Indian education system since 1990’s. He is frequently donating money, equipment and stocks of his company to various schools and colleges. 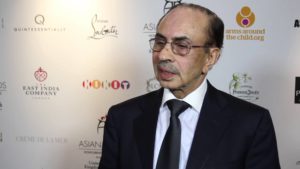 Adi Godrej is the third generation of the Godrej family, and the current chairman of the Godrej Group. His true net worth if $4 billion, but the whole family is currently worth almost 12 billion US dollars.

The Godrejs are a multi-national conglomerate, dealing in real estate, industrial engineering, security products and more. The group was founded back in 1987 by Ardeshir and Pirojsha Godrej, and has since then became one of India’s most notable companies.

Other than Adi, the family is headed by his brother Nadir, and his cousin Jamshyd. 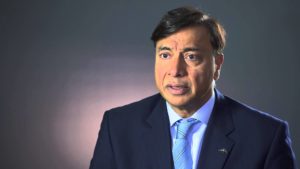 Lakshmi Mittal is the CEO and chairman of the world’s largest steelmaking company, ArcelorMittal. He is also a member of many other boards of directors, including Goldman Sachs, Airbus Group, World Steel Association, and more.

Currently living in Great Britain, Mr. Mittal is one of the most influential people in the world, having been granted many business and non-business related awards.

Fun fact about Lakshmi Mittal is that his daughter’s wedding is the second most expensive wedding ever held in the world. Can you imagine spending over $1.5 milllion on the wine only, or over $1 million on the bride’s gown?

Well, Mr. Mittal and around 1000 wedding guests don’t have to imagine it, because they were there when that happened. 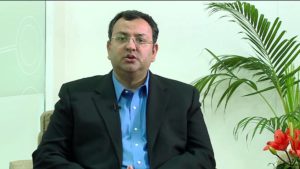 Mr. Mistry, born in 1929, is one of the most influential Indian businessmen. He’s the chairman of Sharpooji Pallonji Group, a conglomerate dealing in construction, real estate, biotechnology and more. He also has 18,4% stake in Tata Sons, India’s largest private conglomerate, with around $110 billion in revenues.

His company built some of the most recognizable Indian landmarks, including State Bank of India and the Hong Kong & Shanghai Bank.

Mr. Mistry has given up his Indian citizenship in order to get an Irish one, since India doesn’t allow dual citizenships. He currently lives in Ireland. 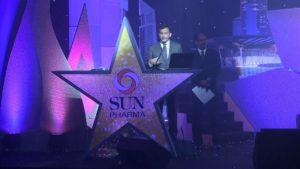 Dilip Shaghvi, born in 1955, graduated the Universty of Calcutta, and started distributing drugs in Kolkata. That’s when he first got the idea of manufacturing his own products, instead of selling other people’s ones.

He started Sun Pharmaceutical Industries with his partner, Pradeep Ghosh, in 1982. Since then, it has grown massively, and today it employs 53,000 people, and is the world’s fifth largest pharmaceutical company, which puts Mr. Shanghvi to our number 4 place. 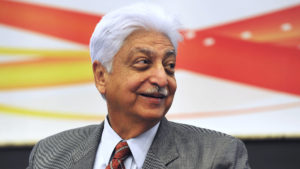 Known as the “Czar of the Indian IT Industry”, Azim Premji is the Chairman of Wipro Limited. Wipro Limited is the 7th largest IT company in the world, ranked by market capitalization ($45 billion).

Mr. Premji has been leading the company for over 40 years, and finally has emerged at the top of the IT world. He was voted amongst the top 20 most powerful men in the world by Asiaweek, and was listed by TIME Magazine in the top 100 most influential people in the world, twice.

3 years ago, he gave 25% of his personal wealth to charity, and last year he gave 18% of his stakes of Wipro to the same cause. Alongside Warren Buffet and Bill Gates, world’s richest man, he is a part of the campaign called “The Giving Pledge”, and is encouraging other wealthy people to help the “far less privileged”, as he said. 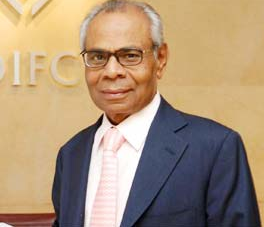 Srichand Hinduja, born in 1935, is a business magnate and the primary shareholder, as well as the chairman of the Hinduja Group. The group deals in banking, finances, oil, media, real estate and many other business fields. As such, it’s no wonder that the Hinduja members are some of the richest people in Asia and Europe.

Hinduja home in London was ranked as the 3rd most expensive private house in the world by Forbes Life. Mr. Srichand Hinduja is a strict vegetarian, and is known for bringing his own food to the Buckingham Palace at Queen’s banquets. 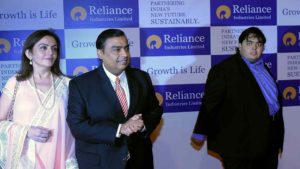 At our number one, we have Mr. Ambani, who is not only India’s wealthiest man, but also 36th richest man in the world. Mukesh Ambani is the largest shareholder (44.7%) of Reliance Industries Limited, India’s 2nd most valuable company, ranked by market value. The company deals in refining, petrochemicals, oil and gas, which are the main sources of Ambani’s wealth.

He lives at the Antilla Buliding, estimated to be worth around $1 billion, and owns the Mumbai Indians cricket team.

There you have it, the top 10 most powerful and wealthiest Indian men alive. These guys have worked hard and achieved some amazing goals. Their combined wealth is over 130,000,000,000 USD ($130 billion), and they sure enjoy their wealth – mansions, sports cars and expensive hobbies.