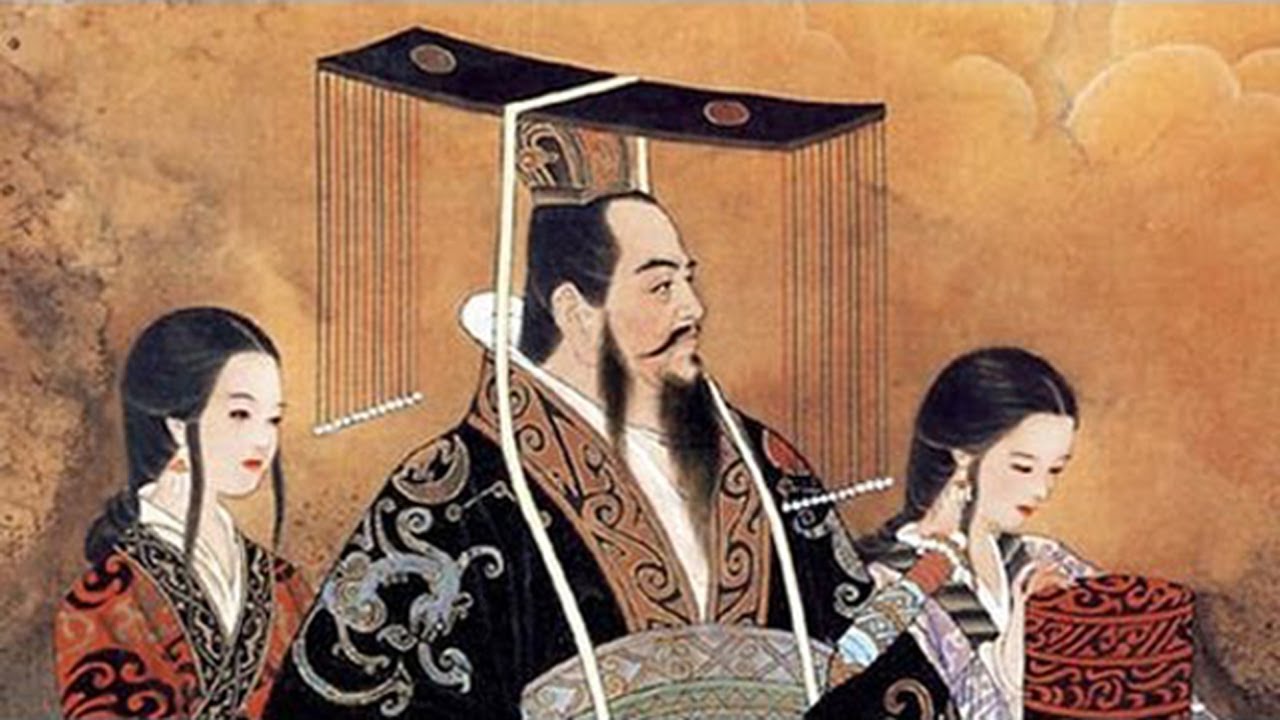 Human lives are very much finite, and many people die daily. But most of us die from old age, diseases, poverty… All of those are sad, but common reasons for death. However, with the world being as large as it is, some bizarre deaths are bound to happen.

Today, we will be checking out the most unusual deaths, some of them being extremely rare or even unique. Without further ado, let’s get started 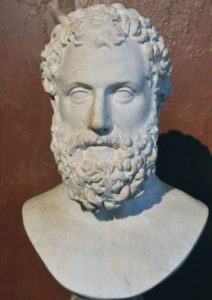 Ancient Greece had many famous people, including artists, warriors and philosophers, and Aeschylus is one of them. He is one of the best known tragedians, who is called the father of tragedy. His works, alongside of those of Sophocles and Euripides are the only remaining pieces of Classical Greek literature that have survived until this day. During his prosperous career, he is estimated to have created between 70 and 90 plays.

During his life, a prophecy regarding his death followed him. It was predicted that he would die from an impact from a falling object. To prevent that, Aeschylus spent as much time as he could outside, in the open. However, that didn’t help him.

It’s a common occurrence that eagles hunt tortoises by lifting them up and dropping them on hard surfaces (such as rocks) in order to crack their shells. Well, an eagle in 455 BC mistook Aeschylus’ bald for a head, and slammed a turtle onto him. He was dead on the spot. Aeschylus I mean, the eagle was fine. 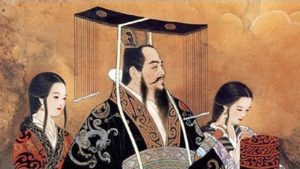 We are moving from Greece into China, where Qin Shi Huang reigned from 246 until 221 BC. He was a successful ruler who expanded the size of the state of China.

As he was leading his great conquest, there have been three assassination attempts on his life, and they’ve all failed. He also started to build the Great Wall, that would one day become the Great Wall of China.

During his last years, Qin Shi Huang was obsessed with the concept of immortality, and started a search for an elixir that would grant him immortality. He would command people to search for the elixir and execute them when they failed to find it.

Ironically, his death happened while he was searching for immortality. He ingested mercury pills that were supposed to grant him an eternal life. However, they killed him shortly after. 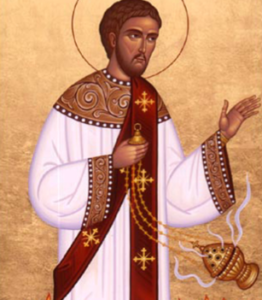 Lawrence of Rome was one of Pope Sixtus’ (II) deacons, who went on to become a saint after his death. He met the future Pope and they became friends, so when Sixtus II stepped up to become a Pope, he choose Lawrence as one of his seven deacons.

Lawrence was the “main” deacon, also called the Archdeacon, who took care of the treasures of the Church, and its distribution. When Sixtus died, the prefect of Rome demanded of Lawrence to give them the riches of the Holy Catholic Church.

Lawrence was given 3 days to do so. He used the time that he was given to him to give away all the treasure he could, and then when asked to turn it over 3 days later, he presented the prefect with the poorest people in Rome. He proceeded to explain that they were the true treasure of the Church.

Because of that, he was killed using a very gruesome method – he was roasted alive. It is  also commonly said that Lawrence joked with his captors, by telling them to turn him over, because he was done roasting on one side. 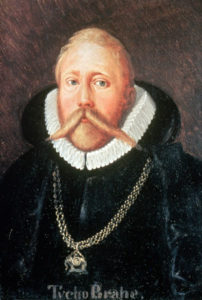 Tycho Brahe was a Danish nobleman who is best known for his astronomical researches and observations. It is said that his observations were 5 times more precise and correct compared to other peoples’ from his age. He was praised as an astronomer during his time as well as after his death.

Brahe was once sit at a banquet at Prague, and he really, really had to pee. But, believing that it wasn’t proper behavior, he refused to get up and relieve himself. Upon his return home, he couldn’t urinate properly and without pain. He died 11 days later from a kidney ailment. 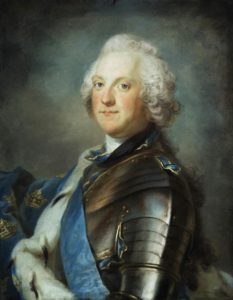 It’s quite well known that kings and nobles loved to feast, and Adolf Frederick was no different. But unlike most other high class people, his gluttony would cost him his life.

Adolf wasn’t known as a powerful ruler, actually he was considered weak and untalented as a ruler. However, he was a friendly fellow, and many people mourned his death. And what a death it was.

King Adolf died after feasting himself upon the following: lobster, caviar, kippers, champagne, and sauerkraut that he topped of with 14 layers of semla, his favorite dessert. 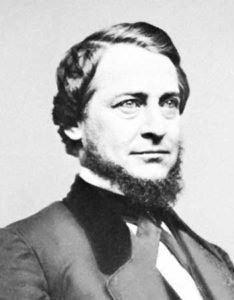 Mr. Vallandigham was a politician and a lawyer from Ohio, who was a leader of an anti-war Democratic party during the Civil War. He was devoted to what he did, so when defending a client, he took a real gun to the court to demonstrate a certain event.

Clement Vallandigham was demonstrating how a person could shoot themselves when drawing a pistol from a specific position. While performing the demonstration, he accidentally shot himself and died later from the wound. He at least did win the case, and his client was freed from all charges. 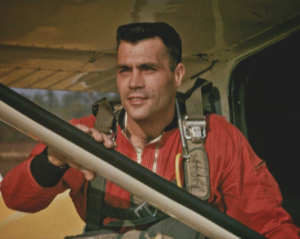 Nicholas John Piantanida was an amateur parachute jumper, a profession that would one day kill him. He was the previous recorder o the highest f one-manned balloon altitude, before Felix Baumgartner broke his record a few years ago.

While attempting to break the record for the world’s highest parachute jump, his face mask was partially removed. That caused Piantanida a brain defect and put him into a coma. He died 4 months after, never waking up from the comatose state.

Warning, this entry is a bit disturbing. So if you don’t like reading about cannibalism, you should skip it. 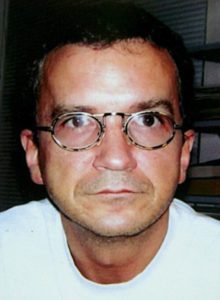 Bernd Brandes, a cannibalism fetishist, saw an ad on the internet, put there by Armin Meiwes. In the ad Meiwes was looking for a younger man that wanted to be slaughtered and then consumed (eaten).  Many people responded to the ad, but only Bernd Brandes went all the way.

He met with Meiwes, and they agreed to cut off Brandes’ penis and attempt to eat it. After that, Meiwes stabbed Brandes in the throat and left him to bleed, after giving him sleeping pills and a bottle of schnapps. After his death, Meiwes proceeded to consume his meat for many months.  The whole ordeal was taped and presented at court after an investigation took place.

Armin Meiwes, “The Master Butcher”, was sentenced to a lifetime in prison. 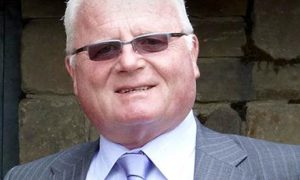 Jim Heselden was the CEO of Segway Inc., a company that produced Segways, popular personal transportation vehicles. He bought the company in 2010. Ironically, he fell of a cliff while riding a Segway, and sustained numerous injuries that would later cause his death.

Heselden was among the wealthiest people in the world, with a net worth of over $700 million. 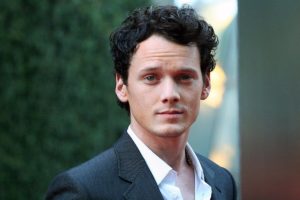 Anton Yelchin was an actor best known for portraying Pavel Chekov in Star Trek. In June 2016, he was pronounced dead, after being pinned between a brick wall and his Jeep Grand Cherokee.

Apparently his driveway was on an incline, and when he was found it was noticed that his car was still running and was in neutral. The event has been described as a “freak accident”.