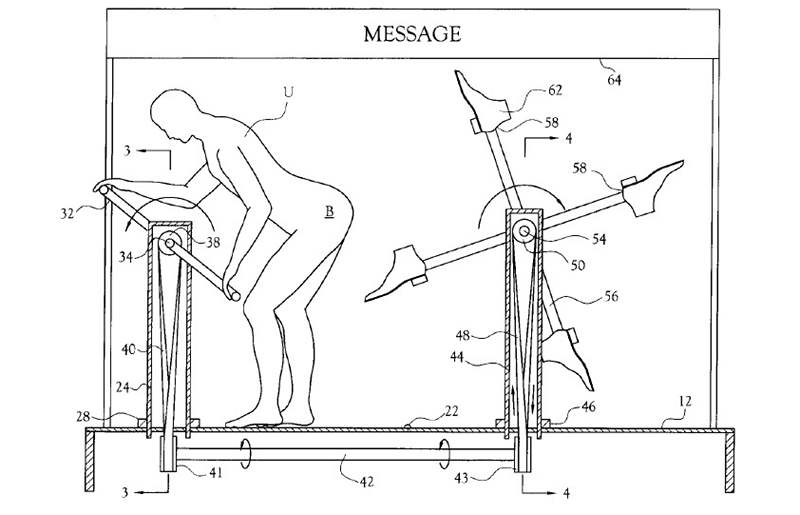 When an inventor comes up with a new product, it is in his best interest to submit a patent for his invention so that he is the exclusive owner of it. That was, he is the only one who can manufacture the product and no one else is able claim their rights of the invention.

In exchange, he must submit a detailed description of the patent and how it works, and release it publicly.  This concept has existed for decades, and provided us with many useful products that we use in our daily lives.

However, not all patents are useful enough to succeed as products. Today, we’re taking a look at 10 crazy patents that people submitted. Not only that, but these people actually wanted to manufacture their products and make profit. Let’s take a look at why that didn’t work out. 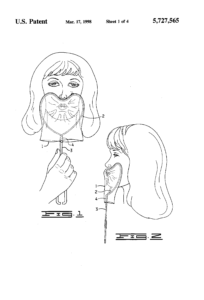 Not sure about you, but for me the words “kissing” and “shield” create an oxymoron. I mean, if you don’t want to kiss someone so much that you want to shield yourself from them, why kiss them in the first place? And if you’re thinking about safety, again, just don’t kiss whatever it is that you’re kissing.

However, Deloris Wood disagrees with me. In 1998, she submitted a patent for exactly that – a product named Kissing Shield. Mrs. Wood claims that the reasons for patenting this were diseases such as AIDS that can spread by kissing. She also claims that the shield is very cheap to manufacture and can be mass-produced easily.

In other words, you can have a few of those on your person at all times, in case you randomly want to kiss someone, but make sure you’re safe. Because that’s a thing that people do.

Another use, according to the inventor, is for politicians when they’re kissing babies. What? 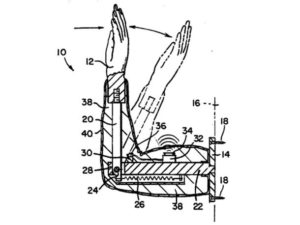 An invention for the people who crave a high-five so much that they would buy an artificial hand that would provide them with such pleasure. I’m sure that all 3 people in the world who are interested in this, were very excited when it was patented in 1994.

The machine is consisted of a mount and a movable artificial arm that you can high-five with. So you basically mount it to a wall, and get yourself a couple of high-fives during the day. What a mood booster! 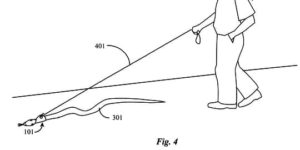 “Collar apparatus enabling secure handling of a snake by tether” is basically a snake walking stick. You take the stick and collar your pet snake so you can safely walk in its company. It can’t harm anyone or run away because it’s controlled by a “collar apparatus” which is controlled by you.

So if your snake wants to have some freedom, this is for you. Just collar your snake and restrain it of almost any free movements while taking it for a walk outside! Splendid. 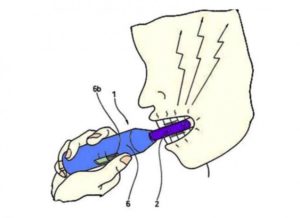 Sometimes when you’re studying, writing or doing anything that requires you to sit for hours, you get tired. Very tired. You start nodding off, losing concentration and achieving no results. That’s when a sane person decides to take a pause, go for a walk, take a refreshing drink or something similar.

However, you may instead choose to buy yourself a Brain Buzzer, a toothbrush-like device that will send vibrations to your brain. You take a healthy bite of the Buzzer, and your whole skull will begin to vibrate, including your brain. I can personally see this working. I believe that the uncomfortableness of this patent would forever prevent me from getting tired, simply because I wouldn’t want to experience it again. 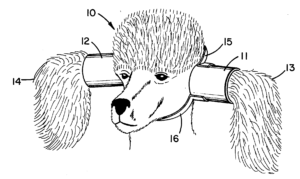 Even in the 80’s, people noticed that some species of dogs had big ears. And those big ears would get in the way when eating, drinking or doing other dog stuff. Obviously you can’t cut off your dog’s ears, but what you can do is get yourself a Dog Ear Protector. Well not for yourself, for your dog.

You basically push Chewy’s ears through two tubes that will make him look like the dog version of Pippi Longstocking. While it may serve a noble purpose, this thing looks too silly not to be included here. 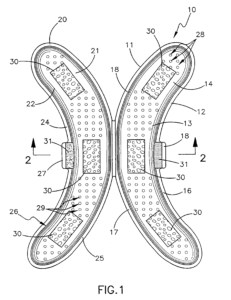 If anyone doesn’t know, bananas are fruits with a protective layer of peel. Protective layer. A layer that protects the fruit. But try telling that to David Agulnik, a man who patented this product that can today be seen on the shelves of general goods stores.

You spend a couple of bucks on this and go to find a banana that perfectly suits the plastic case. You buy that single banana, and proudly place it in its protector. Then you eat it.

I really can’t see any practical use of this, except if you want to record some banana drop tests and upload them on YouTube. 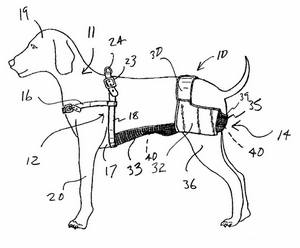 If you don’t want to spray or neuter your dog, but you want him to behave properly around other dogs, you can get him a chastity belt.

I’m not even kidding, someone actually came up with this. Combine it with the ear protector for 100% dog sexiness. 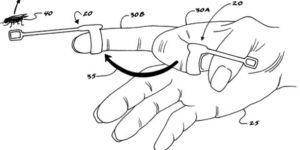 Flies can be annoying, right? That’s why you can wave your hand to scare them off or kill them. Or you can buy one of the many products designed to get rid of them – swatters, sprays, tapes… OR you can mount little swatters to the tips of your fingers.

Then you proceed to wait for centuries until the fly lands in the reach zone of the smallest swatter in the world, and you go for it! And likely miss. 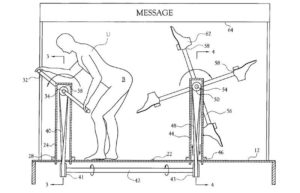 Excuse the longest title in the world, but I didn’t have the heart to change it. Mostly because it describes the patent spot on, but also how absurd it is. I can’t comprehend how anyone could type that sequence of words and think to himself “hmm, I want to patent this”.

But, Joe Armstrong did it. He patented a huge machine that you enter, bend over and then rotate a crank that will cause the rear part of the machine to spin, thus kicking your butt. The purpose of this is to provide amusement to both users and viewers.

Oh and yes, the shoes are included. 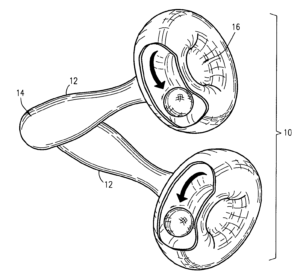 Have you ever did a little rope jumping? I’m sure you have and you know how it works. It’s pretty simple, although it requires some coordination. But then again, kids are doing it so how hard can it be?

Hard enough for Lester Clancy to come up with an idea to remove the rope while rope jumping. So, basically he wanted to patent jumping. Obviously that’s not possible, so Mr. Clancy decided to keep the handles that connect the rope. So you basically grab two pieces of wood and start jumping while pretending that you’re spinning a rope.