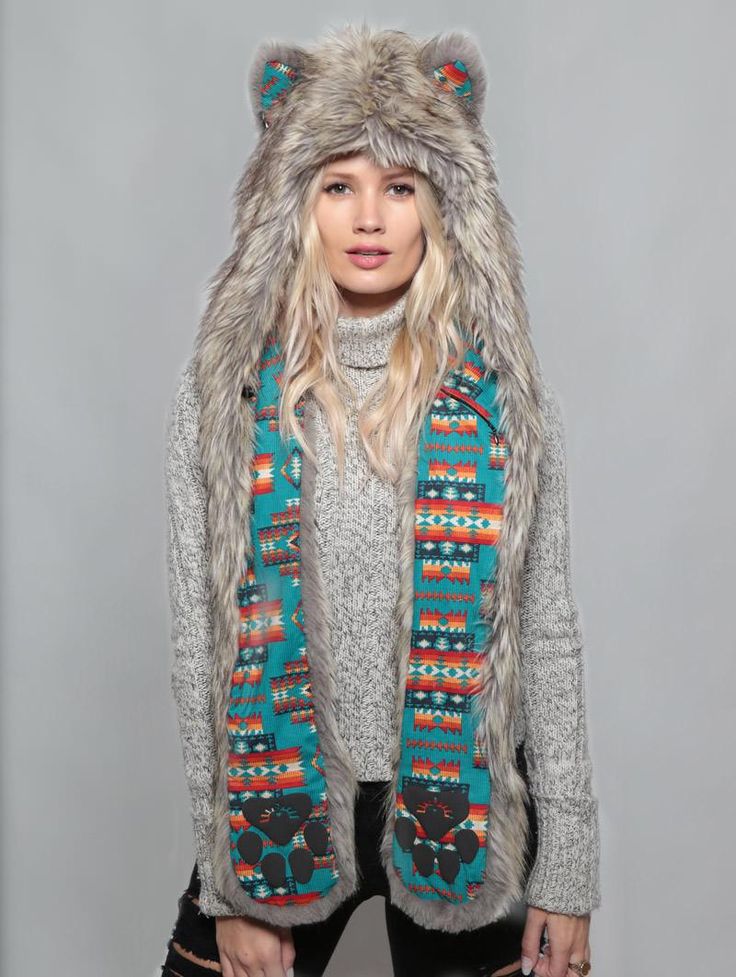 SpiritHoods are a fashionable way to bring out your inner animal. Despite being created as a fashion statement for the women’s fashion world, SpiritHoods are here to stay. SpiritHoods are fun, quirky takes on public outings, and quite the attention getter. Read on more to learn about how you could come in touch with your very own inner animal spirit through the purchase of a SpiritHood.

Marley Marotta and Alexander Mendeluk have just entered into the Shark Tank. They are the co-creators of SpiritHoods, and are looking for a $450,000 investment in exchange for a 15% stake in their business.


Marley explains that SpiritHoods is more than just a brand, but rather is a lifestyle. They are a community of self-expression and having a good time. SpiritHoods has products for kids, adults, and sports markets. The traditional SpiritHood comes with long paws that hang down the side, where slots are knitted in to put your hands. The SpiritHood can be worn up or worn down, and even includes a secret pocket just on the inside cheek of the SpiritHood. Marley points out that the SpiritHood Daymond is wearing actually comes with washing machine-safe speakers; simply pull out the cord and press play, and the speakers will play music directly next to Daymond’s ears.

At this point, every Shark has received a SpiritHood except for Mark. Marley lets out a loud, exaggerated whistle, and the two models that handed out hoods to each Shark pull a paper sign out, where a man dressed in a blue and white SpiritHood and blue and white bodypaint bursts through the sign. Blue and white are the colors of the Dallas Mavericks, which Mark is the owner of – Marley gives Mark the vision of 30,000 fans wearing blue and white Dallas SpiritHoods in the American Airlines Center.

Robert asks the pair if they really think that adults would buy SpiritHoods, to which Alexander replies that 90% of their sales are to adults, and have come out to 9.3 million dollars worth of sales. Every single Shark is stunned by this, with Kevin even saying “They don’t look so stupid now, do they?” SpiritHoods was launched in 2010 at a tradeshow, and opened about 3500 accounts with brands such as Zapple’s, Nordstrom Online, and have made appearances in Fred Seagal, SkyMall, and other such magazines. 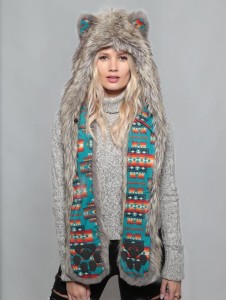 Mark asks if these are not just seasonal, one-time purchases, and Marley says that the cold weather months are their months; they do 70% of their sales from September to January. For the price of a basic SpiritHood, they cost $99. Daymond asks about the material, and Alexander explains that they are all made of synthetic faux fur – no real fur is used in the creation of SpiritHoods. Each SpiritHood costs, on average, $29 to be made in Los Angeles. Robert asks about sales in the past two years, which came out to $4.5 million two years ago, then $3 million this past year.

Of course, the dip in sales causes each Shark to probe for more details about what caused the dip. They had an explosion the second year in existence, thanks to hype from their Kickstarter and social media advertising, and the business then evened out to come to their core business which is about $3 million per year, and rising steadily every year. Robert asks how the two can be sure that SpiritHoods are not just a trend, and Alexander agrees that SpiritHoods were just a trend in the women’s fashion market but have since then evolved from the more contemporary fashion into a long-lasting, fun idea that is popular at sports outings.

Kevin points out that the two never elaborated on their profitability, and asks about the year where the pair made $4.5 million – how much did they make off the $4.5 million in sales? In the $4.5 million worth of sales, they made around $950,000 in profit, and the year where they took in $3 million in sales, they actually took a $500 to $600,000 loss. Marley explains that they hired in a bunch of new people and wanted to expand into new markets, but hired too many and grew too big too quickly, but have since cut their costs and focused more on the SpiritHoods line. So far this year, their online sales have been stronger this year than last year. Despite the setbacks, the pair still see the potential for a lot of growth and realized that they need a better partner.

Mark asks if there are no knock-offs, and Marley explains that there are numerous knockoffs but the reason why they’ve sustained so well is because of the brand. There are people with the SpiritHoods literally tattooed on their bodies – the brand is the strongest factor of the product. People who wear SpiritHoods in public are typically the centers of attention, so pictures are common with people wearing SpiritHoods, which only helps to reinforce the brand.

Daymond asks what the two intend to do with the $450,000 they asked for, and Marley says that with their current resources, they could stay a simple $3 million dollar business and pay off their incoming debts, or with the $450,000 they receive they could grow the company. Places like sports arenas have great potential for fans, and that is where they want to go next since each of the 50 states has at least one sports arena.

Kevin is the first Shark to speak his thoughts on the investment; he likes that they have grown this niche from nothing into a full fledged market, but the dip down from $4.5 million sales to eventually $3 million sales scares him enough to not want to tie up his money in a business that might not succeed for much longer. He is the first Shark out of the deal.

Robert says that he loves the business cards of the two and the unique promo, but explains that he came up with an original idea very similar to the SpiritHoods that made helmets under the same circumstances. For two years, the sales of the helmets were outstanding, but leveled off soon after to the point where the business was sold off so Robert could reclaim his cash. He is not interested in the investment.

Barb says that she likes to buy into businesses that are rising, and not falling – the dip in sales is too much for her to ignore. She is also out of the deal.

Mark explains that he likes the business and thinks it’s a cute, unique idea, but the price point of $99 is simply far too expensive for him. For the price of $19.99, maybe he could sell a couple hundred and would see some people around the American Airlines Center walking around, but they are not at the point where he sees a future in the sports market. Mark is out of the deal as well.

Daymond is the only Shark remaining, and ironically enough, the Shark with the most experience in fashion. Marley explains that the SpiritHoods brand has been all over – Snoop Dogg, MTV, Justin Bieber, and so many more celebrities. However, Daymond finds that the downtrend of the sales alerts him, but he is still willing to make an offer – Daymond offers $450,000 in exchange for a 50% stake in the company, but he intends to license out the SpiritHoods, and the pricing would have to come down. Daymond intends to license out backpacks and hoodies and such, as the hats will even out eventually and stop selling. The two from SpiritHoods ask to step out into the hallway and talk about it, and Daymond warns the two what happens when they step out, as they have probably seen Shark Tank – bad things might happen when you leave.

The two step outside, discuss it amongst themselves, then return to the Shark Tank. Their counter-offer is to accept the $450,000 in exchange for 22.5% of the company as they are not prepared to evaluate their company at such a low value, but will offer Daymond a percentage of the licensing deals that he brings into the offer. Daymond explains that he already has buyer’s remorse and he didn’t even purchase SpiritHoods yet, but he already has buyer’s remorse – that is a bad sign to him, and he bows out of the deal as well.

SpiritHoods does not find their investment in Shark Tank.

SpiritHoods Now in 2018 – The After Shark Tank Update

Spirithoods ended up not getting a deal on Shark Tank, but it did help boost the business and brand. This was because fans were seeing it as not becoming a sell out and the brand is still growing and expanding to this day. The brand is now linking with other brands with like minds and is now even offering better and more choices. SpiritHoods still exist today (website here), and any number of styles can be purchased, and some even custom-created upon demand.