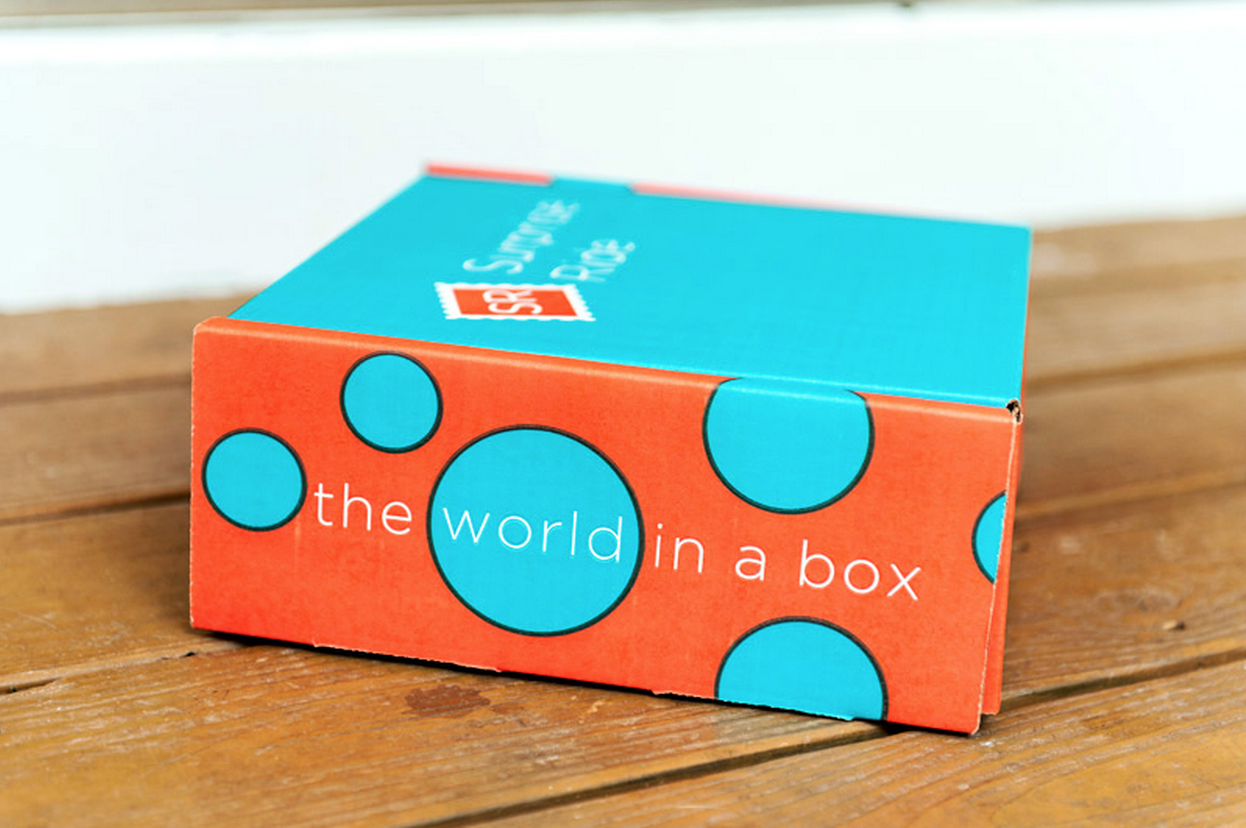 Kids these days love video games and smartphones – there’s no doubt about that. However, kids of the new age are missing out on some important hands-on-learning; sure, smartphones require hands to actually use, but smartphones don’t quite deliver the satisfaction that children need to get from understanding how the world around them interacts. Surprise Ride is a subscription box aimed for children (and mothers) that hopes to change that; read on more to find out about Surprise Ride.

Rosy and Donna Khalife are the sisters behind Surprise Ride. The pair of them are seeking $110,000 for a 10% stake in their company. Surprise Ride is a monthly bundle of adventure that gets kids excited about learning. Every month, kids receive a surprise box of interactive activities and all the supplies they need to explore a new topic, and the two of them have worked with experts to curate activities of the highest quality. Parents everywhere want a good reason to put away the video games and explore the world through hands-on play. Surprise Ride makes it easier than ever before. In order to show the Sharks exactly what type of activities Surprise Ride offers, they’ve prepared some activities tailored for each of the sharks.

For Robert, the girls hand out a box that contains the pamphlet “Car Racing,” taunting Daymond; Daymond replies that Robert just acts amazed with everything he sees. Robert has received a model of a race car. Lori receives a box with the pamphlet titled “Chocolate,” and the girls say they know Lori loves chocolate, so Lori will get to make chocolate from scratch, and also design their very own brand of chocolate. Kevin loves photography, so he gets a solar photography kit where he gets to take pictures with the power of the sun. Daymond loves travel, so Daymond gets to enter an adventure into the exciting city of Barcelona, and designing a mosaic in the style of world-renowned architect, Gali. Mark is the last Shark to receive a box, he pulls out a bag of popcorn and asks if the two girls heard that he likes to get fat. The girls say that they heard Mark loves basketball (Mark is the owner of the Dallas Mavericks) so Mark receives an activity where he gets to create a mini basketball game for his desk – the popcorn actually serves as the balls for the little activity.

Lori is in love with the idea, and mentions that the build is extremely well-constructed and a super high quality product. Robert also loves the idea, and asks about the sale price of each individual box; each box sells for $24.99 and comes in either a 6 or 12 month subscription. If the customer wants just a monthly basis, there is an option available for that as well, but that costs $29.99 per month. So far, they have shipped almost 800,000 boxes, and have over 220,000 active members; this is all in the last four months. Kevin says that whenever people come into the Shark Tank with a model like this, two questions he always has are the customer acquisition costs, and the value of the customer in profit margins. Rosy starts by explaining their customer acquisition costs, with each customer costing $5.30, and the value is $130 over the year. Robert interrupts and says that he is a little shocked the two girls know these answers; usually, entrants on Shark Tank turn into a deer in headlights when asked that.

Rosy mentions that she used to work on Wall Street as a member of a mergers and acquisitions team for a number of years, but then left that to go get her MBA at Harvard. Donna has a degree in marketing, and has worked with a number of lifestyle brands and some kid brands. Lori asks about the cost for each box and production location; Donna explains that they are making a 50% margin, and each 50% goes back towards buying merchandise, for shipping, and filming. The boxes are actually assembled in Florida by a distribution agreement, and are then shipped to each customer. Robert asks if the production can scale, and the girls say that there is enough room to scale up to three or four more times over. Donna says that her business experience forced her to create a business that could scale over time. Lori asks how much the two girls have invested so far, and Rosy starts by explaining that due to their unique subscription box model, they can actually very easily forecast how much demand there is going to be for the next month and quickly react. Due to the multi-month orders, there is typically very little leftover inventory sitting around after all the boxes have been shipped. However, the two have raised over $100,000 from a well-known tech investor, Irwin Jacobs, who is the founder of Qualcomm. Jacobs has invested as an angel investor, giving the girls a form of convertible notes (a debt that can be converted into equity.)

Mark speaks next, giving the girls a little reality check; $100,000 from Jacobs and $110,000 from the Sharks really doesn’t mean a whole lot for a subscription box business. Rosy replies by saying that the capital they are raising now, the $110,000, will get them through the next twelve months. Robert asks about projections for next year, and they are projecting $500,000 in sales for the next year, which is 3500 subscribers. Daymond asks if the two girls have Jacobs investing in them, then why have they come to the Shark Tank, and they say that Irwin Jacobs loves the mission of the business. Mark explains that there is a difference in having a mission and having a fully-funded business that is going to accomplish a specific goal, and the two girls explain how they intend to spend the money. The two things they are doing are driving traffic to the website, and monetizing that traffic. They have partnered with a marketing agency, the leading expert on reaching moms, which costs $40,000 for the next 12 months but projects to reach 5 to 10 million moms.

Daymond wants to review his numbers; they have done 800 boxes, and they have 220 members, so that equals out to $25,000; Robert points out they are a start-up. Daymond asks the “start-up question;” why is a start-up seeking $110,000 for a 15% investment, valuing their company at just under a million dollars. As a member of Wall Street, Donna says that she is familiar with the valuation situation; she starts by saying there are two things going into a valuation – the team, and the future. The team creates the earning potential of the company, and the team behind Surprise Ride has been working together for well over 20 years; they are sisters. Robert points out that he has two daughters, and they get ready to kill each other after a few days together. Donna brings up the sobering fact that the two sisters are war refugees, they lived in a one-bedroom apartment when they were kids. They didn’t have a lot of video games or entertainment to distract themselves as kids, but they did have a craft store and a chemistry lab.

Daymond compares the two to when he was starting out his company FuBu; when he sold 800 shirts, he wasn’t worth any dollar amount – he was worth 800 shirts. They are valuing the company at 1.1 million dollars, which is a little too unrealistic; he is out.

Kevin says that he is stuck on the capital part, and he believes that the girls will need between 3 and 5 million dollars to scale to the point where the business is sustainable. Kevin says that he is tempted to invest, but thinks they are simply a proof of concept; he passes for now.

Robert speaks next, saying that that the idea is great, but there is a lot of executional risk. Spending $40,000 to get all that traffic is a big risk, and he thinks they are underestimating the hustle that Surprise Ride is going to take to get off the ground. Yet, he is confident they will figure it out; Robert makes an offer of $110,000 for a 25% equity stake in the business.

Lori brings up the $40,000 that the girls wanted to invest in expanding their traffic, and what would the

other $70,000 be used for. They say that the rest of the money will be used in optimizing monetizing the traffic to create more sales. Lori says that she believes this is one of the finest and best made gift boxes for kids, and that she knows what it is like to be a woman in business. Anything can be made to become a reality if they put their minds to it. When Lori looks at the two, she sees herself, but when she was starting out, she learned how to do it all herself. She is out of the deal, but says that she wishes she could invest but needs the Khalife sisters to figure out how business works for themselves, to figure things out for themselves.

The girls look to Mark as the last Shark to speak, and Mark asks about the core competency of Surprise Ride, to which the girls reply they are most competent in execution. Mark immediately says, “Wrong answer; worst possible answer.” The fact that they need to go out and get this marketing company, this optimization company, means that they do not have the road to success directly in the mind. When you are an entrepreneur, you have to be able to control your own destiny, and he does not think the two girls have the road map in their mind; Mark is out.

Robert retracts his offer, saying that the way the two girls have handled the situation has made him change his mind; the two girls are all about sales, and they missed out on a sale. The two girls beg for Robert to step back into the deal, and Robert says when an offer is refused, the two girls are biting the hand that offers to feed them.
Kevin says that the two girls are going to enter into the lore of Shark Tank; they entered into the Tank, were made an offer, but had that offer pulled away due to their negotiation tactics. Donna and Rosy Khalife of Surprise Ride leave without an investment from the Sharks.

Surprise Ride Now in 2018- The After Shark Tank Update

Surprise Ride is shockingly similar to Toygaroo, which is a bankrupt toy rental business that Mark Cuban and Kevin O’Leary funded in season 2. The main difference between the two is that Surprise Ride is a kids gift subscription service, not a rental service. The fact that nobody invested in Surprise Ride might show that the Sharks learned their lesson.

Surprise Ride itself is going extremely strong – of course, the website advertises “As seen on Shark Tank” to pull viewers in, but the premise of the box itself is great. No concrete sales figures can be found, but it is assumed that sales must be strong for the Khalife sisters of Surprise Ride since the website has been recently renovated.

Testimonials from two of the Sharks (Kevin and Lori) can be found on Surprise Ride’s website, as well. I bet the Sharks wish they would have invested.