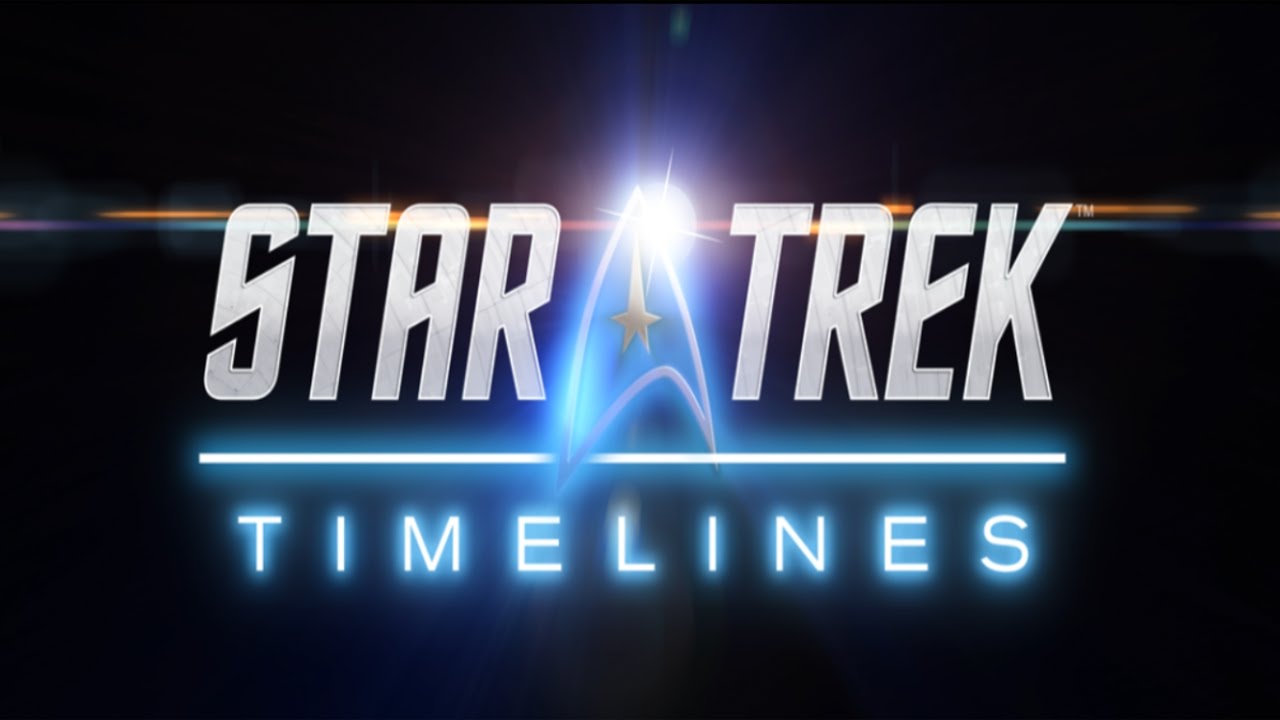 Star Trek Timelines is a mobile strategy game set in the final frontier. The game’s plot focuses on a temporal anomaly that combines all the timelines of the Star Trek universe into one. You are given command of a starship as its Captain as you embark on a quest to rally crew members, assemble powerful ships, and engage in the affairs of other factions in an attempt to find out what’s wrong with the universe.

If you are a new player or a veteran looking for Star Trek Timelines cheats, tips and tricks then you’ve come to the right place. 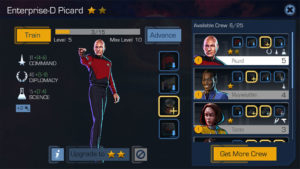 The missions in Star Trek Timelines primarily depend on the Skills of crew members. It is of utmost importance to get as many people aboard not just to fulfill your completionist cravings but also to be prepared in completing all the missions you encounter. Some of the ways to get crew members are:

Playing every day to obtain the Daily Rewards. The rewards available change every month. Make sure that you do not miss a single day or else you won’t be able to get the higher rewards. Players who purchased Dilithium can acquire double rewards depending on their VIP level.

Finishing an episode rewards you with a new crew member. Usually he / she belongs to the faction you favored in that episode’s dispute.

Finally you can purchase Rewards in the Time Portal for a random chance of obtaining crew members or other items. A trick here is to choose the Buy 10 option instead of purchasing individually as this method has a 100% chance of dropping a crew member with an Uncommon rarity, plus the usual chances of obtaining other characters. The Premium pack promises rarer characters but at the cost of Dilithium.

Your shipmates gain experience points whenever you send them off to missions or battles, or when you use Training Programs. Skill levels are gained when a crew member levels up. Those with higher Star Ratings gain better Skill levels so make sure to raise it by fusing together multiple copies of a crew member.

Your ship can house up to a maximum of 180 crew members that is if you unlocked slots with Dilithium.  Players who do not wish to purchase premium currency can only collect up to 35 crew members. It is possible to dismiss people you no longer need in exchange for Credits and Training Program items. This act should be reserved for duplicates of those who do not have multiple Star Ratings like Keiko and Chef Neelix.

Equipment in Star Trek Timelines has many purposes. They provide bonuses on crew member Skills and help enhance a ship’s stats. Crew members that hit the cap in every ten levels must be equipped with a specific set of items in all of his / her four slots in order to progress. Remember that items used to advance to the next ten levels will be destroyed. Each progression requires a different set of items.

Just like crew members some items also have star ratings. In order to boost their rarity you’ll have to craft the item with other required components.  If you’re lost on where to find the things you need you can just tap the item’s portrait to find out what mission drops it.

Make it a habit to check the rewards given by factions in an episode. This will help you decide on which group to side with for the most fruitful of outcomes, considering that many episodes force you to choose only one among many factions. Also keep on using the Ship Scanner to increase the chances of finding Credits and valuable stuff in the system where your ship currently is. 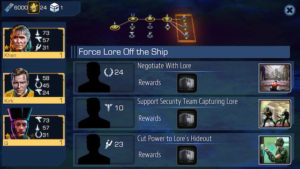 Missions are a primary focus of Star Trek Timelines. Crew members of your choosing are sent to solve a problem or a conflict. Their Skills are put to the test through the various challenges that reward you with different items when successfully completed. Failing a challenge will only make the other paths harder.

Achieving critical success is imperative if you wish to take home the best possible rewards. Hence it is important that you study the Skills and Traits of your characters so you’ll know who is the best crew member to assign for a specific challenge.  Remember that you’ll not be able to finish the mission if none of your deployed crew members have a Skill that’s required in the final challenge.

Equally enhance all of your crew members instead of just focusing on your favorite faces. It would be better if they were all in the same level so you won’t have problems in facing whatever requirement a mission has. Also it is not really ideal to send the same crew member again and again in an away mission as this will only incur penalties on their Skills and Traits.

You are allowed to replay a mission that you previously finished for better stars and a chance to obtain rare rewards. Keep on repeating until you have exhausted all possible goodies from a mission.

There are many ships available in the game that you can command. These vessels have their own respective advantages and disadvantages. Building and upgrading ships require a specific number of Schematics which can be found in mission rewards or purchased from the Time Portal and Faction Centers.

Crew members are assigned on ship Battle Stations based on their Skills. For example the Maquis Raider ship has two Battle Station slots namely Command and Security. Characters that are proficient in the said Skills should be assigned to the slots. Correctly doing so provides the ship with additional stat bonuses depending on the crew member’s level.

Ships engage in battle automatically and your only involvement is by tapping the portraits of your crew members at the bottom of the screen. Doing so increases the ship’s stats for a limited time. Defeating your opponent in less than 20 seconds nets you three stars and is among the ways of obtaining rare items.

The only trick s you can do in ensuring victory during an intergalactic dogfight is by properly assigning crew members on Battle Stations and to keep on tapping their portraits when they are off cooldown.

The game’s Arena mode allows you to challenge AI-controlled ships of other players. You are ranked against other players based on the rarity of your crew members and ships. Higher rankings promise handsome rewards like the very rare Legendary ship schematics. Don’t forget that you only have three days to pick up your Arena rewards in the mailbox. 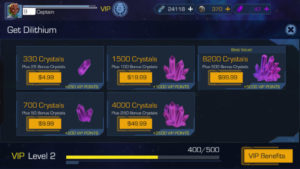 Credits are quite easy to earn in Star Trek Timelines. Exhausting 300 Chronitons can net you around 22,500 Credits. The Daily Missions and Daily Rewards are also good sources of cash so you best be playing regularly.

Chroniton is equivalent to the energy system in other games. Actions drain Chronitons and they automatically refill in a ratio of one per six minutes. Chroniton Boosts give you 20 and can go over your maximum amount, but the catch is that you can only obtain these boosts in specific times (12:00PM to 2:00PM, 6:00PM to 8:00PM, and 9:00PM to 11:00PM Eastern Standard Time).

Dilithium serves as the premium currency of the game. You can purchase them with real money and in doing so it increases your VIP level. Higher levels provide you with a host of privileges like more Chronitons and huge Credit and Dilithium bonuses.  As usual you should avoid cheats and hacks that offer unlimited resources as these do not work and can jeopardize your account and device.

A trick some Android players utilize is to download the Google Opinion Rewards app. The said app provides surveys that reward Google Play credits which can be used to purchase Dilithium.

There we go with the cheats, tips and tricks for Star Trek Timelines. Don’t forget to beef up your crew members, play regularly to earn the most rewards, and seek out the edges of the universe for items and schematics. Good luck and have fun!