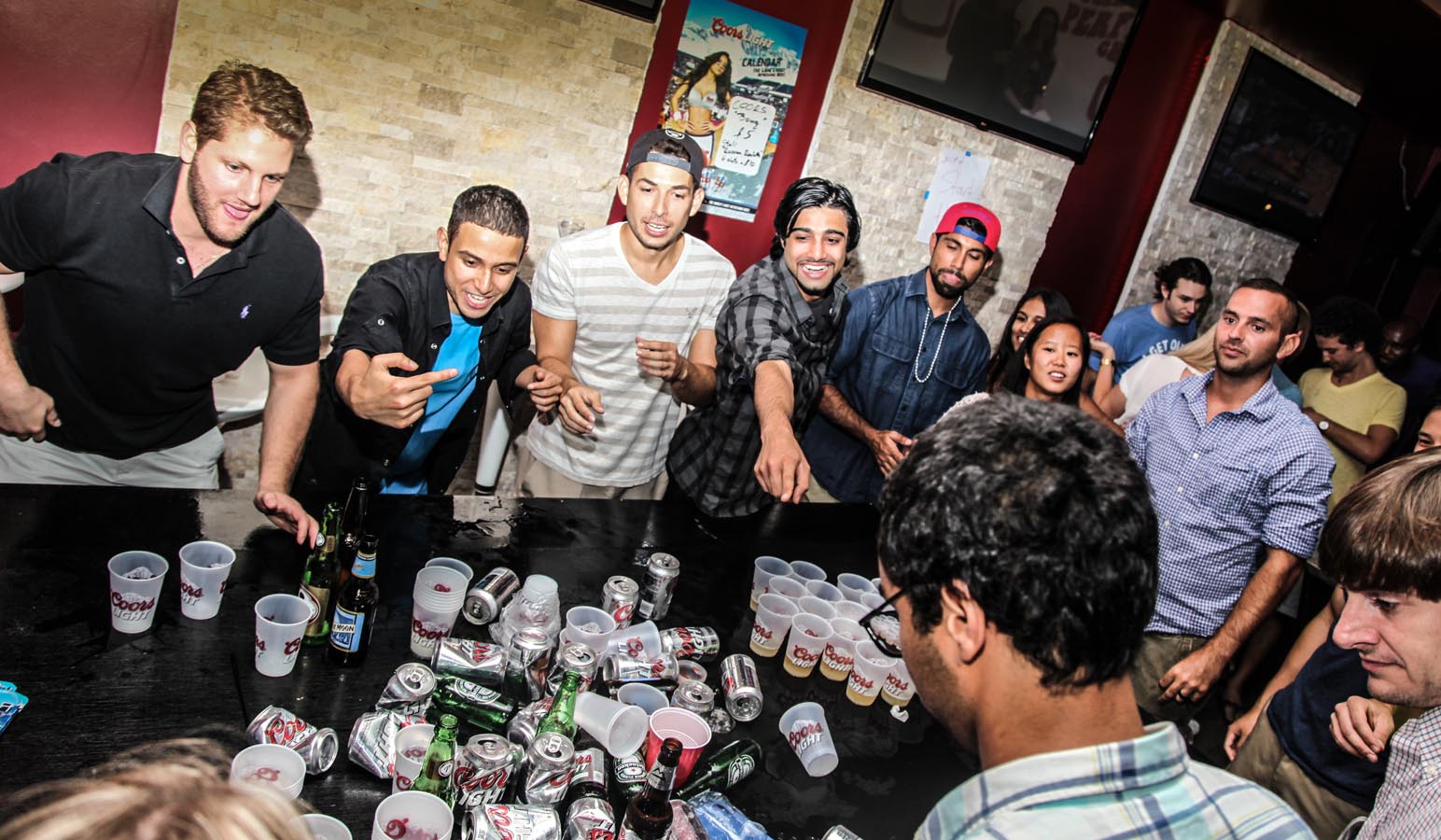 Most people who attend a college do so to earn their degree. Every year, major publications end up compiling and sharing lists that discuss the top academic institutions in the world, giving incoming college students all of the information that they need to choose where they can get that education. Not everyone is going to a university for the schooling, though. Some people go to college so that they can party. In this article, I’ll be talking about the top ten best party schools in 2017. Keep in mind that this information is purely subjective, based upon annual surveys distributed to college students around the country. Maybe you’re reading this so that you can attend a party school, or maybe you’re reading it so that you can avoid them. We’re not here too judge. Either way, let’s take a closer look. 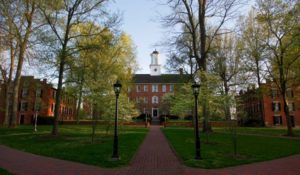 First on our list of the top ten party schools is Ohio University, a public university located in Athens, Ohio. Ohio University has a student population of around 23,000 undergraduate students, and they’re sort of selective, with a 74% acceptance rate. The school is actually one of the oldest universities in the country, and it is very proud of its history. Although the faculty is proud of their academics and rich history, the school is also well-known for its party scene. Court Street, which is nearby, is absolutely lined with different bars and clubs. Alcohol is in generous supply, and it is generally inexpensive. Halloween at this school is also almost famous. Halloween in Athens is an enormous block party full of booze and dancing, and it is actually one of the largest block parties in the country, second only to Mardi Gras. 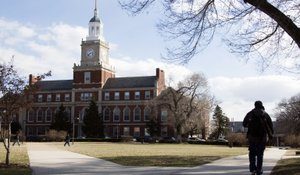 This is an interesting one. Howard University is a private, historically black university located in Washington, D.C. With a 48% acceptance rate, it is considered a fairly competitive college. Not only that, but its business and law programs are renowned for being some of the best in the world. This urban-located school is considered sort of prestigious, and it’s well-loved by high school counselors for offering minority students a shot at higher education. Howard has a fairly significant partying scene, but that doesn’t necessarily mean that students are getting drunk in the streets. There are plenty of house parties nearby campus, and the university’s urban location means that there’s always something to do. Not only that, but there is always a lot of dancing and active socialization happening in this cozy campus. 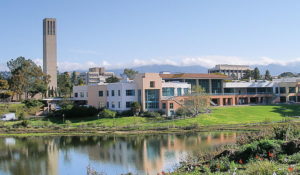 University of California in Santa Barbara is one of the top public research universities in the university, and it is actually considered one of the few public schools on par with the Ivy League schools. As far as rankings go, it consistently ranks in the top 25 of U.S. News & World Report’s university rankings. (This is a very highly regarded metric in higher education.) University of California, Santa Barbara has a total student body of around 23,000 students. If you aren’t a fan of partying, though, you may want to stay away from this one. Partying is outright embraced at this school, and it has been said that student and social life in this university is pretty much centered around nightclubs and dancing. Downtown Santa Barbara is usually where most of this action takes place. The city features plenty of nightclubs and bars, and it’s only a short bus ride away from the campus itself. 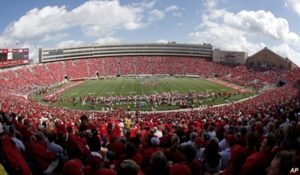 When most people think of Wisconsin, they usually don’t think of wild and crazy parties. This public research university is the largest school that I’ve talked about so far, with over 43,000 students currently enrolled. Like University of California, Santa Barbara, the University of Wisconsin is another Public Ivy institution. This school consistently ranks in the top 50 in U.S. News’s university rankings. UW is really close to State Street, which is absolutely loaded with bars and clubs. Consequently, the party scene is active at this otherwise quiet university. Madison is a large city, but it is walkable enough that students are able to take advantage of every single opportunity in the area. There’s something to do in this campus (involving alcohol or otherwise) on almost every night of the week. 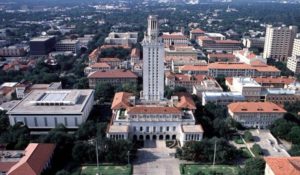 University of Texas, Austin is one of the most selective and substantial universities in Texas. (In fact, it has the seventh largest single-campus enrollment in the nation, with over 50,000 students) Academics in this university are impressive, but they’re also really well known for their athletics. The Longhorns have cultivated a winning culture in NCAA Division-1 football, baseball, and basketball. The student body has also seemed to cultivate a culture of hardcore partying. There is almost something to do on the weekends, both on and off campus. In recent years, local and campus police have really cracked down on underage drinking downtown, so most partying occurs in dorms or fraternity houses. (Most students at the University of Texas aren’t actually affiliated with a fraternity or sorority, but that doesn’t stop them from partying with them.) 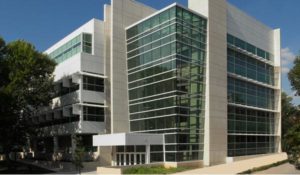 The University of Iowa is the oldest university in the entire state of Iowa, and it boasts a student body of close to 33,000. It’s one of the least selective universities that have been mentioned thus far, with an acceptance rate of 80.2% in 2013. The school is well known for their Hawkeyes football team, but they’re also really well known for its partying and social scene. In 2014, The Princeton Review ranked them as the #1 party school in the country. They’ve obviously fallen off a little bit since then, but the partying scene is still very much alive. Former students have said that there’s any old saying at the University of Iowa: “The weekend starts on Wednesday night and it doesn’t end until Monday morning.” There are plenty of bars in the area, and if you’re involved in Greek life, you won’t have any trouble finding any house parties to take part in. 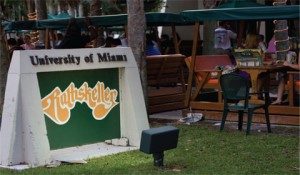 The next school on our list takes us to the sunny beaches of South Florida. This private research college has around 17,000 enrolled student, and it isn’t all that easy to get into. In fall of 2014, University of Miami had an acceptance rate of around 38.2%, which is nothing to sneeze at. Although the school is technically located in Coral Gables, Miami is really, really close by. And if Miami is known for anything, it’s their ridiculous nightlife. The nearby South Beach is arguably one of the most famous nightlife spots in Miami (and in Florida, period), and students have been known to flock there during the weekends. Even if you don’t want to have to travel anywhere, the fraternities on campus also regularly host house parties. 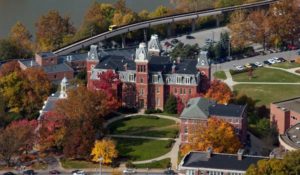 West Virginia University is around 30,000 students strong, and it is well-known for its business and engineering programs. The school is also renowned for its sports teams. The Mountaineers’ football, basketball, and soccer teams have passionate fanbases, and regularly fill stadiums to watch their team play. Partying and socializing isn’t that hard to do in this school, either. The university regularly sponsors social events (which can involve laser tag, movies, karaoke, and free food) and concerts. If you’re not interested in doing anything on campus, you can go downtown and find plenty of dance clubs and bars. Campus police is also known to be pretty lax when it comes to on-campus partying, as long as nothing gets out of hand. West Virginia University is a fairly party-friendly school, and so the student body has definitely taken advantage of that over the years. 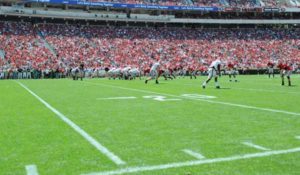 The University of Georgia, also known as UGA, is thought to be one of the best public university in the world. The university hosts around 35,000 students, and the school itself is really busy. Georgia’s college football team is thought to be one of the best in the Southeastern Conference. The campus is only an hour away from Atlanta, which is one of the most populous cities in Georgia. Even if you aren’t willing to make the trek to the big city, Athens itself is a great college town, and it’s full of restaurants, bars, concerts, and clubs. Downtown Athens is also really close to the campus itself, which means that it isn’t that much of a hassle for students to turn up. The active sports scene also means that tailgating is always a convenient option for someone looking for a quick drink. 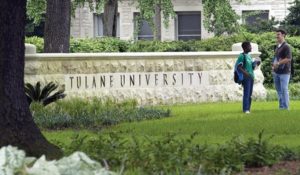 Tulane University is thought to be one of the finest academic institutions in the country. It regularly places in U.S. News’s top 50 university ranking lists, and its 37.1% acceptance rate is the lowest that we’ve seen on this list. Tulane is located directly in New Orleans, which is pretty much considered the partying capital of the United States. Countless bars and clubs are just in your backyard. Not to mention, considering the city, most bars will serve alcohol to anyone who is able to get through the door. Access to alcohol is almost a given for any Tulane student, and as you can imagine, parties are only a natural progression. Frat parties on campus are popular, but almost every student prefers to go off-campus to get their kicks.

So there it is, the top 10 party schools in 2017. If you think there’s a college or university that missed the list and should really be reconsidered let us know by leaving a comment.