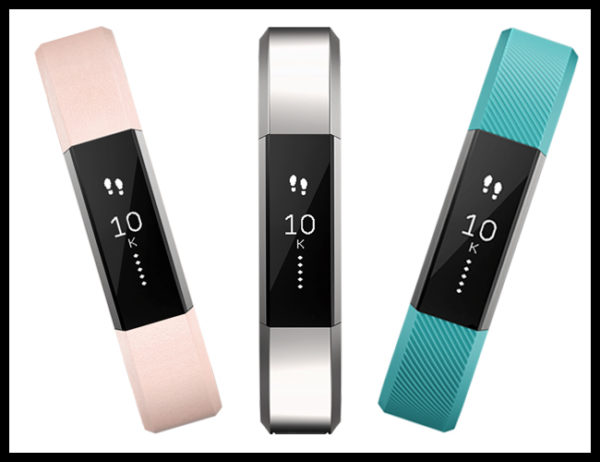 One of the newest offerings from wearable tech company Fitbit, the Alta takes a significant detour in terms of looks. Instead of the somewhat blocky appearance of your typical Fitbit, the Alta looks almost like a sports car of wearables: Slim, sleek and sharp in appearance. But does the Alta back up its appearance with revolutionized performance? Here we will take a look with a review of the Fitbit Alta.

Update: You can get the FitBit Alta for a discounted price currently at Amazon.com by clicking here.

The Fit of the FitBit

The FitBit Alta is, as mentioned before, made to appear sleek and is remarkably lightweight as a result. This makes it easy to forget that it’s even on your wrist. Or it would, if the latching system seemed a little more secure. Without the traditional watch latch and instead opting for a pronged snap-latch system, the Alta does certainly keep on your wrist, and in fact is quite secure in doing so. But the apperance and feel gives the impression to the user that it could easily slip off, which inevitably had me checking my wrist at the sound of any nearby clink or sound of something dropping. While there is no distinct problem with the FitBit (even with my rather large wrists) it would have been great to have an option to have an attachable standard latch alongside the original design decision.

The display is as to be expected with a very small fitness tracker, small. However, the text and simplistic interface allows for easy enough reading, though it could certainly be better in bright sunlight. Given the OLED screen, the definition is fine, but glare is a bit of an issue when out on a jog, which can be doubly difficult given the fact that the Alta has no buttons to speak of. Instead, all user input is done via touch screen and motion control. Noticeably missing in settings is any sort of brightness control, which is a significant detractor for this device, as while not overly bright, if you are using it in the dead of night or very early in the morning, it can slightly disorient your vision during a jog. The clock faces do have some customizable options however, which allows for some level of comfort in terms of viewing.

The FitBit Alta certainly has taken the less is more approach in terms of features. While it does have a sleep tracker and distance trackers that are both reasonably accurate, the Alta is missing such key features as GPS and a heart rate monitor that is becoming more and more standard in the field. It would be better termed in this case to be a distance tracker as a whole product, as overall, there is no way for the device to measure anything other than your motions as a result of walking or jogging. That being said, it does send reminders every once in a while that can urge you to get up and walk around a bit, which goes for a cute sort of recommendation (“Feed me X Steps!” Was a common one). These can be useful, but over time could become something that rubs the user the wrong way. One thing that won’t rub the customer the wrong way is the battery life. Despite being downright tiny, the Alta can store a lot of power at keeping a charge for around 4 to 5 days of heavy use. This was a huge point in the favor of the Alta, as I was expecting at most a 3 day charge. 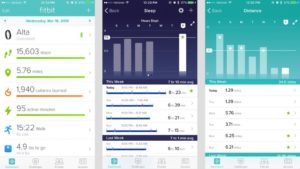 The Alta, as is common with smart watches, has its own app from FitBit. In short, it’s absolutely fantastic. The user interface is neat and clean, the measurements accurate, and the ability to check trends in terms of exercise and sleep is a nice touch. Furthermore, being able to see which days you passed your average distances and that being actively recognized by the app can be a decent encouragement for those trying to improve the length of their runs. Also, there is a minor feature that allows you to check the amount of calories that have been burned when wearing the watch. While this does only count cardio as per expected by the device, it really shows how each little trip can really add up.

Overall, I would say that the FitBit Alta is great if you are a distance runner or walker, but I can’t find a recommendation for anyone else. While the design itself does look cool, it’s sadly lacking in features for those who are inclined to workout via different methods, and as a watch is simplistic at best. The Auto-tracking and movement reminders are great, but they simply do not make up for the display which can at times be impossible to see, and the total lack of GPS and Heart Rate features. If put on a scale of 10, I would say that the FitBit Alta would get a 7/10. That said if you can get it at a discount (to see all the discounts currently at Amazon.com you will need to click here) it could grade a bit higher.