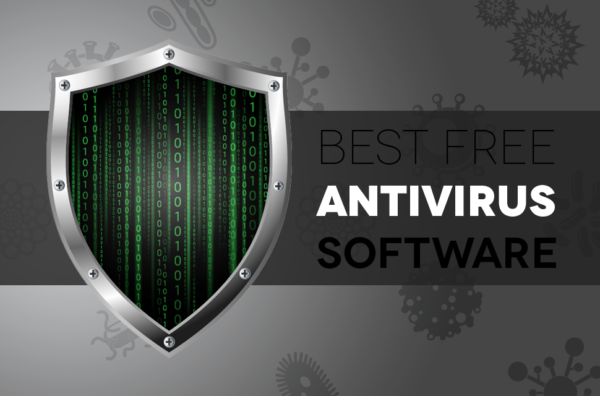 The internet much like the real world can be a dangerous place. With credit card thieves, phishers, and black hat developers constantly making new viruses, trojans and worms, many people are turning to antivirus software suites for protection. However, many notice that the cost of entry can be much more than they can afford. Here, we take a look at ten free and high quality alternatives to the big companies in the internet security business. Ranking was based on overall performance of task, ease of use, and impact on system performance. So let’s figure out which free anti virus program you should use in 2017.

Coming with every Windows PC, Windows Defender has if nothing else, the fact that it’s already installed going for it. It would seem that the coding for malware detection was done a little liberally, as many users report a high count of files that were perfectly valid being detected as malware. While no malware intentionally set on my VM happened to get through, it did cause performance to drop significantly throughout the test. If you plan on just using Microsoft Edge and doing basic computer work, Defender should be an alright option when paired with something like Malwarebytes for the occasional scan, but with the small amount of features it should be used on a limited basis only.

It would be better put that Quihoo is a security and performance suite as opposed to just an antivirus. With a huge number of features, including remote execution from a smartphone app, Quihoo can handle a wide variety of tasks from junk file clean up to ensuring that your device isn’t prone to a ransomware attack. The Chrome and Firefox add-ons were sturdy in terms of URL protection, but there was an interesting little note. Quihoo’s firewall runs off the Avira Antivirus engine with (assumed) only nominal changes, and is turned off by default. This would lead one to believe this is a more supplemental than primary security program.

The free counterpart of the paid Comodo suite, Antivirus 8 provides great protection as a pure antivirus, though there’s a chance the average user may find operating this system frustrating. In terms of other features, it shares quite a bit with Windows Defender in that the algorithms are overly-cautious and can take programs and widgets as malicious despite having no real reason to. For new users not terribly savvy in tech security lingo, there is a bit of a learning curve, as Comodo’s prompts and notifications tend to be a bit cryptic, using such terms as “stateful” as opposed to “active” and giving the occasional odd notification on the Host Intrusion Prevention System, which while a decent feature, did not make or break this program. Those complaints said, it performed well against simulated malware attacks and did not have a huge impact in performance while scanning.

A chip off the old block from Kapersky, ZoneAlarm offers plenty of protection for the user, without the installation of a full suite. The Antivirus itself is incredibly solid, and the UI is nice and simple. However, it does lack a few key features such as phishing detection that would make it much more robust. However, the program does offer credit and identity monitoring, as well as a decent chunk of memory (5 GB) to use for backing up your most important files should the worst ever occur. The firewall is also a decent addition, which provides a pretty secure environment for a free product.

Avira offers superb protection and a plethora of options, at a price. Not in terms of money, but performance. While the malware scanning is fantastic as is the malicious URL scanning, system scans can take a lot of time, and bring many programs which require any amount of processing power to their knees. The customization options are fantastic in many respects, but the install process and learning the controls has a learning curve that can be a bit much for those just jumping in. However, given a bit of time and guess and check, it can be made to work in a way that’s both effective, and at least reasonably fast.

With an interface as simple as the name, and sturdy antivirus support, Sophos is a great choice as far as little known free antiviruses. Originally a company catering to significantly larger accounts (think Fortune 500 companies) Sophos has recently delved into the home market, bringing with it many lessons learned from the business world. Malware detection is reliable and precise, as is the anti-phishing software which allowed for full functionality without risking exposure, or security at the cost of program freedoms. One interesting quirk is, at least during my testing, it required account permissions every time it happened to run, which while not a bad thing was certainly unexpected.

Perhaps the most well known of the free antivirus programs, AVG is the standard for most people in terms of free security. Honestly, in terms of antivirus, antimalware and phishing, it does have plenty of features to write home about. The speedy scan in fact does live up to its name, and the interface is clean and easy to use. Where AVG falls short is not so much as a result of the program, but on the installation and sales tactics therein. During installation, one will be required to select a custom install method for getting the free version, as otherwise it assumes you want to pay for a “full” version (which does have its perks as well, of course), and ads and offers for purchase will occur. Also, there is some deceptive marketing of the PC Tune Up feature, which if selecting to fix an issue after detection, will download a 24 hour free trial of the product before locking it behind a need to pay.

Similar in many ways to AVG, Avast has remarkable performance as an antivirus software, and can do a scan quickly without sapping out all the processing power from your PC. Specializing in anti-phishing in particular, it’s remarkably good at detection and elimination of security threats. One of the better features is the Rescue Disk, which allows users to keep a thumb drive as a backup, or save it to an ISO image file, which allows for ease of use, especially if one finds a need to transfer systems. While there are a significant number of features missing from the free version that are in the paid, that by no means makes this antivirus dead in the water.

One of the best antivirus programs out there, paid or free, is Panda. With exceedingly good antivirus, malware detection on par with or better than paid name brand security suites and a rescue disk similar to the Avast model, Panda really seemed to hold very little back in terms of services. A novel feature of Panda is the USB vaccination program, which blocks any programs which have an auto-run feature running from doing so when the drive is inserted. Antiphishing was surprisingly average however, and left a little bit to be desired in terms of performance and processing load. That being said, it’s a fine option for free.

Coming in first place for the best antivirus program of 2016 is Bitdefender. With intensely accurate malware screening, anti-phishing which performed nearly perfectly, and plenty of features including a password manager and active secure browsing, there was very little not to love. The UI may seem a little hard to navigate at times, but given the fact that the program is essentially a “One run and done” sort, the basics such as scanning and threat detection really handle themselves quite well. This is particularly good for users who aren’t terribly keen on keeping an eye on security monitoring software, and would prefer to just make sure nothing is actively messing with their systems. Very quiet in the background, performance was not hindered to a noticeable level, and it only set alerts when direct threats were detected, which made for an excellent overall experience.