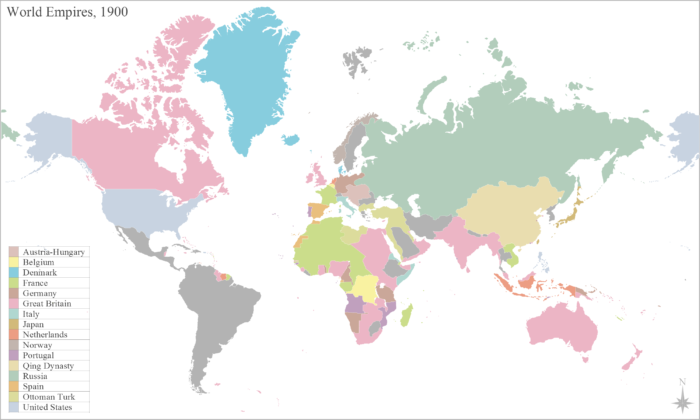 The world we know was built through the power of conquest. History has seen great empires rise to power, and grow beyond all boundaries imaginable. It has seen them conquer huge chunks of the world’s land area and population. Rulers of these empires were people with unmatched authority and power. At certain points in history, some of them could have been easily considered rulers of the world.

However, history has also seen such empires crumble into nothingness. Great battles were fought and lost. Emperors were murdered, and great tales were told. Civilizations crumbled into dust because of wars, revolutions or inner politics that left them divided.

But, they still left a great mark on the world, that can still be seen. Today, we will be going over the five greatest civilizations that have ever existed. They are ranked by many factors, including their size, population, military and historical importance.

Top 5 most powerful civilizations of all time 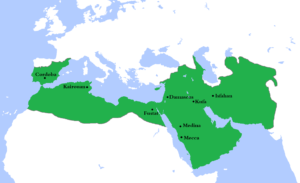 After the death of Muhammad (632CE), the tribes of Arabia that he united split due to disagreements regarding Muhammad’s successor. Four major caliphates were established, and one of them was the Umayyad Caliphate.

In 661CE, after the First Muslim Civil War was ended, Abi Sufyan founded the Umayyad Caliphate. Under the leadership of the Umayyad family, the Islāmic Caliphate started to grow rapidly.

The caliphate became one of the rare empires that have ruled over no less than 3 continents – Europe, Africa and Asia.

At it’s height, the Umayyad Caliphate has controlled almost a third of the world’s population (in 7th century) and 5.8 million square miles of land.

Members of Hashim clan, who were the rivals of the Umayyad, overthrew the ruling family in 749. Abu al-Abbas was recognized as the new caliph, and he slaughtered most of the remaining Umayyad.

Historians believe that this mighty caliphate caused its fate by rapidly expanding Islam. They enslaved so-called mawali, forcing them to convert to Islam. But, the mawali were, for the most part,  better educated and civilized than the invaders, which started to change the political landscape 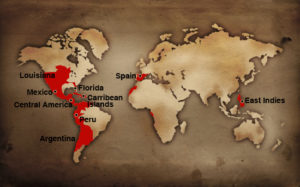 One of the first empires to reach the status of a global empire was the powerful Spanish Empire. Under the rulership of the Spanish Habsburgs and Bourbons, during 17th and 18th century, this empire became one of the largest empires in the entire world.

The Spanish Empire originated after the explorations of Christopher Columbus, who accidentally (re)discovered America, when he was attempting to reach Asia using the Pacific ocean.

After that, the colonization of America was led by the Spaniards, who conquered large chunks of the newfound land. The conquistadors (Spanish warrior-explorers) used the native rival tribes against each other in order to further aid their conquest.

During that time, their rule has extended over four continents (Europe, Americas, Australia and Africa).

At its largest, the empire has controlled 13% of the entire world’s land mass.

The fall of the empire was a result of many wars they fought, namely against France, as well as  independence movements in the Americas


The Spanish Empire left a huge mark on the world, especially on the Western Hemisphere, where hundreds of towns, cities and forts were established. They have shaped the world as we know it today by promoting Christianity to the largest European religion, making Spanish the second most widely spoken language worldwide today.

Kievan Rus’, a medieval European state of various Slavic tribes, was succeeded by the Russian Empire. Unlike most other empires that have existed for many centuries, the Russian Empire only existed for about 200 years  (1721 – 1917). But, in that time it has managed to become the worlds third largest empire (by land mass), as well as play a large role in shaping the European history.

Tsar Peter I. proclaimed the empire in 1721., following the Treaty of Nysad. Until then, it was known as the Duchy of Moscow.

The Russian Empire has collapsed in 1917, during the short-lived February Revolution.

At its height, the empire has controlled 15% of world land area, and had 176 million of the entire worlds population under its rulership. 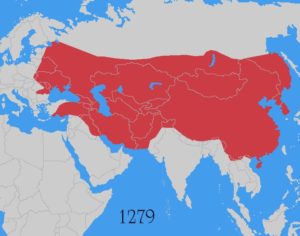 The Mongol khans were some of the fiercest and most brutal warriors in the history of the world. The infamous Genghis Khan united the Mongolian tribes in 1206, when he was proclaimed their king. Under his rule, and the rule of those after him, Mongols started spreading and growing rapidly in all four directions of the world.

Mongols relied on shock tactics, such as surprise attacks, fake withdrawals, and the ever-popular psychological warfare. This, combined with their nomad lifestyle, horse riding and battling skills enabled them to overpower anything or anyone that stood in their way.

They have brutally conquered the Middle Asia, Europe and the previously mentioned Kievan Rus’, among other locations. At their strongest, they ruled from Eastern Europe to Western Asia. To put that into numbers, their reign covered almost a quarter of the entire world and 110 million people, which was 26% of the entire population back in the 13th century.

The term “The empire on which the sun never ends” may have been coined by the Spaniards, but its most notable usage related to the British empire. And for a good reason, seeing that the empire reached unmatched territorial size.

In the late 15th century, during the European Age of Discovery, the first British efforts to establish overseas settlements began. The empire started their own colonization process, after seeing what Portugal and Spain did.

After a series of wars during the 17th century, the British Empire was the dominant force in India and North America.

American Independence War caused them to lose some of the oldest colonies in their possessions, so the British turned toward Asia and Africa. After defeating France in the 19th century, the British Empire became the worlds principal and naval power.

During the two World Wars, the Empire has started to decline, regardless of the positive outcome in the wars. Finally in 1997, the British Empire ceased to exist.

A mind-blowing fact related to this empire is that at one point, it ruled over 500 million people!

Yuan Dynasty – Under the rulership of Kublai Khan, the Yuan Dynasty was considered the successor of both the Mongolian Empire and imperial Chinese dynasty. The dynasty was also known as the Empire of the Great Khan, and has populated almost 10% of the entire Earth.

Qing (Manchu) Dynasty – The last imperial dynasty of China lasted for almost three centuries and formed the borders of today’s Republic of China. Henry Pu Yi was the last ruler of the dynasty, who had to forcibly abduct his position in 1912.

Abbasid Caliphate – Islāmic caliphate that has succeeded the central Islāmic prophet Muhammad reached its peak in 850, when it controlled a fifth of the world’s population and 7,5% of the worlds mass.

So there you have it; five of the most powerful empires of all time. Cumulatively they have reigned over almost a billion people and controlled over half of the world. Such gigantic nations and empires have helped shape the history as we know it, and left a huge mark in our everyday lives.

This list can be argued since it’s a bit subjective, so if you have any comments or disagreements, feel free to post them below.