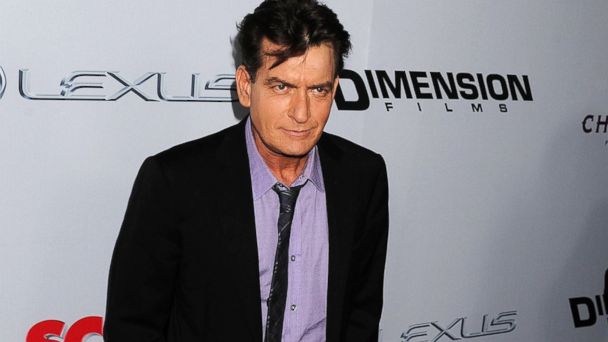 Carlos Estévez, known better these days by the inherited pseudonym “Charlie Sheen”, came to prominence  in the mid eighties after a series of acclaimed film roles, including Platoon , Major League  and The Three Musketeers. Throughout the 2000s, Sheen changed gears, moving away from film to focus on television roles, such as Two and a Half Men. His tenure on 2.5 Men would eventually see him earning the title of “Highest paid TV star” in 2010 earning a little shy of $2 million for each episode of the show. 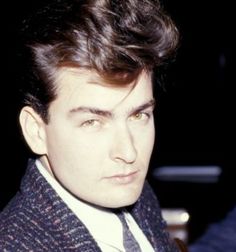 Charlie Sheen was born in NYC, US on September 3rd 1965. Sheen took an interest in the arts from an early age, his father being a very successful actor from films such as Gandhi and Gettysburg and his mother being an artist. The family moved to California after his father’s turn in the Broadway classic, “The Subject was Roses”. Through his parents interests in the arts and Sheen’s influence it was no shock that his first appearance in a movie was at the age of 9 in his father’s film “The Execution of Private Slovik”.

Sheen really began to shine in the mid eighties, starring in the Cold War teen drama named “Red Dawn”, where Charlie Sheen played a witty character named Matt Eckert alongside actors Patrick Swayze, who played his brother and Jennifer Gray who had played their granddaughters. Two years later, Sheen starred in a Ferris Bueller’s Day Off, a huge commercial success within the box office which kick started Sheen’s mainstream success. Through many other roles in successful films, Sheen had appeared in several comedy roles from 1999, including the Major League films and the Hot Shots! Films.

In 2003, Sheen was cast in the CBS sitcom of Two and a Half Man in his renowned role of Charlie Harper which he shared the spotlight with his co-star Jon Cryer who had played his brother, Alan Harper. Sheen’s role in Two and a Half Men which was based on Sheen’s lifestyle and his past life granted him three Emmy Award nominations, two Golden Globe awards and an ALMA award. From 12 seasons and 262 episodes which had been broadcast on CBS from September 22nd 2003 till February 19 2015, over the course of seven seasons from the show Sheen had made approximately $48 million per year from the show. From the final eighth season of the show, Sheen had earned $1.8 million per episode which had increased from his original $1.2 million.

Anger Management was Charlie’s main hit starring him, Selma Blair and Shawnee Smith was a worldwide success. With Sheen taking a gamble with this 2012 show at first, it quickly paid off with a huge $200 million payday for the 100th episode that broadcasted in October of 2014. This huge payday of $200 million was enough to afford Billionaire Paul Allen’s super yacht, which measured at 414-foot and was equipped with a pool, two helicopters, basketball court, recording studio and many other accommodations.

Does Charlie Sheen have kids?

Charlie Sheen has a whopping five kids and one grandchild, one from his former high school girlfriend, two from his third wife Denise Richards, both being females and two twin sons from his Third Wife, Brooke Mueller.

Where did Charlie Sheen go to college?

Charlie Sheen had been given education at Santa Monica High School, located in Santa Monica, California.

Where does Charlie Sheen live and where is his house? 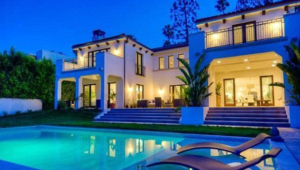 Charlie Sheen has numerous properties scattered throughout the U.S.A, though in 2011 Sheen had been said to have spent $7.5 million for a new luxury home in Beverly Hills, California. His residence was once owned by Mike Medavoy, the man who had produced the Oscar Winning “Black Swan” and the master suite inside of the home spans into a spa-like bathroom, walk in closets and a balcony. The Mansion is 1k foot squared, and filled with media rooms, Kitchen’s and a home gym.

Sheen has been a major donor and supporter of Aids for AIDS since 2006, being diagnosed himself with HIV and has taken part in many charity events over the years along with “Best in Drag Show” and the “New York Rescue Workers Detoxification Project charity event”. For all of Charlie’s good deeds, he was awarded an AFA Angel Award, one that is given to very few.