The Coop Update – What Happened After Shark Tank 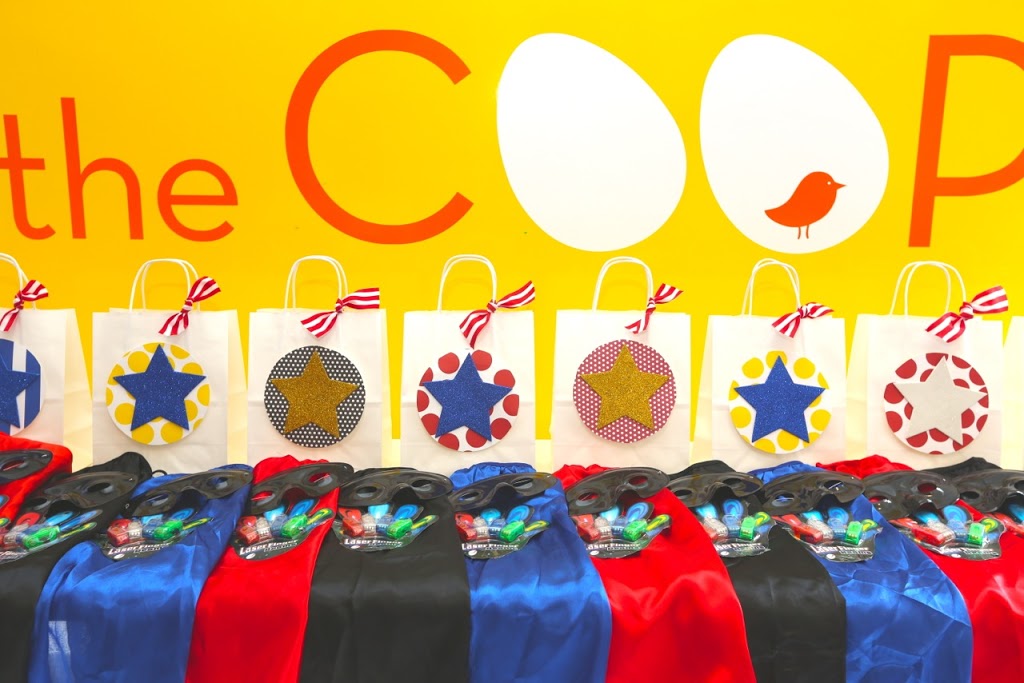 The Coop Before Shark Tank

In their opening video, Juliet Boydstun and Lucinda Gould introduced themselves. Both women had a distinctive Australian accent. They told the Sharks and the audience that they were from Los Angeles, California. They said that they were the owners of the coop. The video switched to a children’s playhouse known as The Coop. Juliette describes the group as an indoor / outdoor Play and Party space. Lucinda said that she did not like the other children’s party places, which she described as nasty and dirty. She insisted that they could do the party concept better.

The Coop was described as unique, a place where kids could come and have a lot of fun. It also featured an outdoor patio 6 section where parents could go outside and talk with friends, or just read a magazine. Juliet said that they would be they were fantastic party throwers, they did not have the business skills necessary to make it into a big brand.

The Coop on Shark Tank 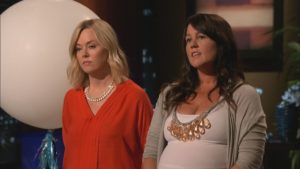 The two walked out onto the stage and into the Shark Tank. Juliet was obviously pregnant. The two introduced themselves and said that they were seeking $150,000 in exchange for 15% of their company. Lucinda says that they have been friends 418 years since she moved to LA. Lucinda told the sharks that they had been cool once, wearing high heels and going to cool coffee houses but everything changed once they had kids.

Lucinda continued saying that their new Hangouts were those built around children. She primarily describes Chuck E cheese, as being outdated and full of cheesy mascots. Lucinda went as far as to say that they were cookie-cutter party prisons. She continued, saying that they went in search of a place that the kids could enjoy as much as the adults. Since they were unable to find one, they created The Coop. Juliet told the sharks that they were recently named the Hot Tot Party Spot by US Weekly. Juliet said that they kept the toys at The Coop modern, and went for bright, clean decorations. They also did not neglect thinking about the parents. Juliette told them that they even had a cappuccino bar. Mark smiled. The Coop sells out their spaces every weekend, Catering to the children of rock stars, television personalities, and movie stars – as well as regular mom. Lucinda told the sharks that she knew that Mark Cuban was having a birthday soon, so they made shark themed birthday party decorations. These included shark fin shaped lollipops with edible images of the Sharks faces on them. Each shark also got a custom gift bag. Robert said that he never thought that Mark Cuban would invite him to his birthday party. Kevin said his card said “Happy 65th!” which got a laugh out of the other Sharks.

Robert looked genuinely am excited as he opened up his cupcake, which had a shark fin on it. Mark put on the necklace that was in his bag. Barbara and Kevin both wore their shark’s fin headbands. Juliet as the Sharks he was ready to party with them, and Diamond raised his hand. Kevin jumped immediately to the money. Kevin said that they told him that they sell out on a Saturday, but wanted to know how many parties they could jam in a weekend. Lucinda said to him between 6 and nine parties. Mark want to know what a party would run the average person. I told him but the cheapest one was slightly less than $600, and they ranged all the way up to $4,000. Mark seem surprised, and the woman told him that that supports a two-hour party with 15 kids. Barbara told them that the price seems high. Juliette told them that they were competitively priced in Los Angeles. Kevin asked what the average profit was per weekend. Listen to said that they easily made $5,000 every weekend. Barbara seemed shocked.

Damon to ask how much they made last year, and Lucinda told him $350,000. Kevin ask them what they brought to the bottom line, and Juliet told him about $150,000. Mark wants to know if that was before or after they paid themselves. Lucinda said that they take about $100,000 a year between the two of them. Robert seemed impressed. He asks them how much it would take to open up a single version of the coop. Lucinda told him that they started out with a loan for $125,000. Robert asks them if that it also included the lease; Juliet let them know that they did a lot of the work themselves. Mark asked them why they didn’t just keep their Equity, use the Prophet come and open up another cool. Los Angeles.

Lucinda told them that they were at their first location every day of the week, and would not be able to open up another location themselves. They had an idea to start franchising the coop. Then they would be able to open up more stores. Kevin said the way to do that would be to start in a geographic location that they could drive to and set up between 5 and 15 locations. Once they discovered whether or not the model works, that’s when they could work on opening up an additional 300. Kevin said that he did believe that the coop could be a franchise, which they had to test that the model works. Kevin stated that it wasn’t an investment at the moment, but he did say that he loves their numbers. This was something he almost never said on the Shark Tank. Juliet informed him that they were on the Shark Tank because they wanted to give him the opportunity to get in on the ground floor. Lucinda told him that he would get his money back if they gave them what they were asking for. Kevin went out.

Damon appears to consider. He wanted to know if all they were looking for was the investment. Lucinda let him know that they were also looking for the Sharks expertise. She said that they don’t come from the business world, but the market has exploded. They weren’t sure where to go from there. Daymond stated that it was clear that they did not have the business experience, and they weren’t there to exploit people. Kevin told him to speak for himself. Daymond ignored him and said that he wouldn’t be able to add any value to their business. Damon stated that he thought that they could open up another four or five and have a big business. He went out. Juliette thank him for saying that they were rock stars.

Robert said that he thought that the key to their businesses success was the two of them. He stated that he didn’t understand why they hadn’t opened a second location, and they clearly had the energy to open 20 of them. He thinks them before the Shark Fin, and he went out. Mark Kempton, and thank them for the birthday gift. He said that was the best birthday he’s had in quite a while. He stated that there are two issues with investing in that business. The business was very personal to them, And it would be difficult to grow it for that reason. He also said that many cheap alternatives such as the Chuck-E-Cheeses would be strong competitors. He stated that the differences would be enough to sell to a Major Market, but Middle America would be less accessible. He went out, suggesting that they reduce their prices.

Barbara was the last one left. She asked Lucinda if Lucinda had meant what she said to Kevin about getting his money back within the next two years. Lucinda confirmed that she did. Barbara stated that she would be willing to from $250,000 in exchange for the 15% that they were asking for. The only stipulation was that she wanted to guarantee that she would get her money back within the two years. Kevin clarified, stating the barber was giving them a loan in exchange for 15% equity in the business as well as a money back guarantee. He said that only a Savage would ask for that. The two appeared to consider, but they didn’t have any other sharks left to negotiate with. Mark ask them if they owned a home or a car. They said that they did. Robert explained that if the business did not succeed, then Barbara owns their car and their home. Kevin stated that she was unnecessarily greedy. The two entrepreneurs asked for a minute, and Barbara not it slowly. They walked off stage. Bad things usually happen when entrepreneurs walk off stage, so let’s see how they fare.

When they walked off, Kevin said that their willingness to take a loan in exchange for 15% of the business meant that banks are not lending money in America. This episode aired in 2012 when the recession was still in full swing. The two women discussed their options off stage. Juliet did not seem too thrilled with the offer, well they said they expressed uncertainty that declining it would be the right thing. In the Shark Tank, Damon stated that Barbara could do a lot with the business. The two women walked on stage, and Kevin put his shark fin headband back on his head. He summarized would happen thus far, stating that Barbara gave them a 24 month Loan in exchange for 15% of their company. He asked them if they were willing to accept that offer. Lucinda had one quick question. She asked Barbara if they would still have access to her business experience. Barbara said of course, and Juliet stated that they accepted the offer. As they hugged it out, Barbara stated that they didn’t need their help because they were already Geniuses. Robert said he felt so good about the situation he felt like he should have somebody. As Lucinda and Juliet walked off stage, Barbara took a picture of Robert and his shark’s fin headband on her phone.

The Coop Now in 2018 – The After Shark Tank Update 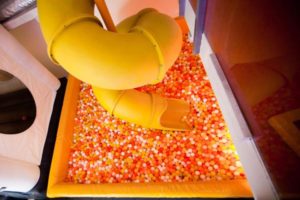 In their update segment, Lucinda and Juliet revealed that they had brought the Coop to the rest of America by releasing The Coop Crate. The Coop Crate is a Party in a Bag that allows customers to bring the Coop experience to their home. It includes an at-home consultation with a party expert and three dozen cupcakes. It also includes a $5000 price tag. They also started to franchise their party place idea, which leads to a location in Frisco, Texas. It looks like this is still going strong, which is impressive for a business that was funded on the second season.