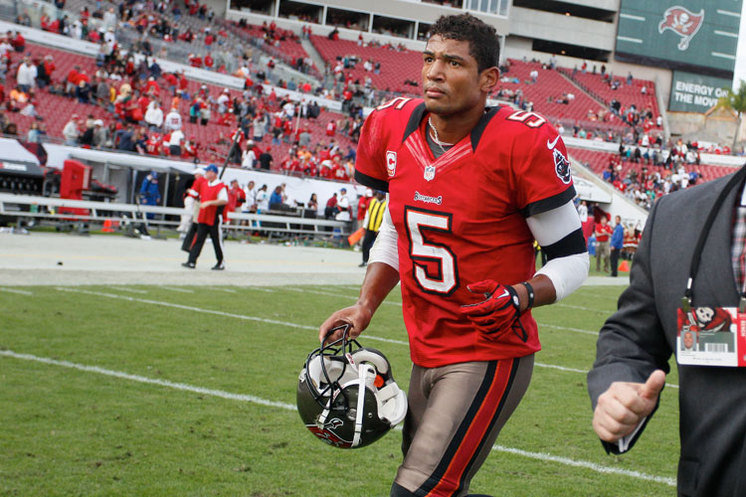 A few years ago, Josh Freeman was the talk of the league. He was making significant strides as a quarterback, and he was the center of dozens of different starting battles and team controversies during his career. Within the span of the last few years, however, he has gone from being one of the most talked-about quarterbacks in the game to being almost entirely forgotten. What happened to him? Did he decide to retire from football? (That would be sort of surprising, seeing as he wouldn’t even be thirty years old yet.) In this article, I’ll talk about what caused Josh Freeman to drop into obscurity, and what he has been up to in 2016. Let’s investigate more closely.

Josh Freeman was born in January 1988, in Kansas City, Missouri. He attended high school at Grandview High School, which borders Kansas City to the south. In high school, Josh was considered an impressive NCAA prospect. During his high school career, he was able to set 10 school records, including passing touchdowns, completions, and touchdowns in a game. In three years of playing as quarterback, he was able to pass for over 7,000 yards. By the time he was in his senior year, he was considered a four-star recruit, and was rated one of the top pro-style quarterbacks in the country. He was rigorously recruited coming out of high school, but it’s worth noting that a lot of colleges wanted to bring Freeman on as a tight end. (At 6’5″ and 225 lbs, he was much larger than most college quarterbacks.) Josh had always wanted to be a quarterback in the NFL, however, so he refused all of those offers. 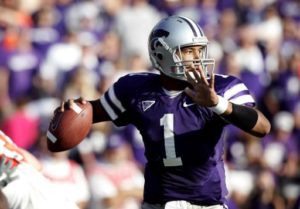 Ultimately, the young athlete ended up playing college football with the Kansas State Wildcats. During his freshman year, he was able to set a school freshman record by having a 52% completion rate, and 1,780 total passing yards. Not only that, but he was actually the first true freshman to start a game for the Wildcats since 1976. It’s safe to say that his freshman year was a massively significant one. Although he was able to bring Kansas State to any major bowl game wins or championships or anything like that, he still became a significant part of Kansas State history. His accumulated 8,427 total offensive yards became a school record, and he is still one of the only quarterbacks in the school’s history to have scored at least 60 touchdowns.

With a successful junior year behind him, Freeman decided to forgo his final year of college eligibility and enter the NFL draft early. In the weeks approaching the draft, NFL analysts predicts that Josh would be snatched up really early on. Quality quarterbacks are generally sought after in the first round of the draft, with desperate teams looking for a new central cog in their lackluster offense. Josh Freeman ended up being one of many quarterbacks drafted in the first round of the draft. In the 2009 NFL Draft, quarterbacks Matt Stafford and Mark Sanchez were also drafted in the first round. Ultimately, Freeman was drafted by the Tampa Bay Buccaneers, with their first round, 17th overall pick. With that, the rookie moved on down to South Florida.

Josh Freeman in the NFL 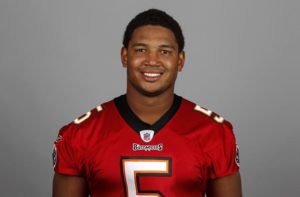 When Josh Freeman came onto the Tampa Bay Bucs, the team was worse for wear. To put it bluntly, the team had become the laughing stock of the NFL. Entering the 2009 season, Freeman was determined to turn he team around. In November, he started his first professional game against the Green Bay Packers. The team would go on to win this game. He had a phenomenal game, with 4 passing touchdowns and only a single interception. This victory ended up snapping the Buccaneers’s 11 game losing streak, and it made Josh Freeman the youngest quarterback in the team’s history to start and win his first starting game. The Buccaneers still had an abysmal overall record, however.  Josh had shown that he had what it took to be a starting quarterback in the NFL, but he wasn’t promoted to that position until the team already had a 0-7 record. The fanbase, however, was still confident that the Bucs had a solid future ahead of them with this hotshot at the helm.

This would prove to be a fairly accurate prediction. Freeman was named the starting quarterback of the 2010 season, and he started in all 16 games of the season. (Although this isn’t really abnormal in the NFL, it was the first time that Tampa Bay had had a consistent starting quarterback since 2003.) Josh had a phenomenal season. With the help of offensive studs like Mike Williams and LeGarrette Blount, the Buccaneers had become one of the most impressive and surprising teams in the league. They ended their season with a 10-6 record, which immediately following their historically awful record in the year prior, was a godsend. Even though the team had put together one of their best seasons in years, they narrowly missed the playoff. They were beaten in the wild card tiebreaker by the Green Bay Packers, who would eventually go on to win the Super Bowl entirely. This was a huge blow to the team, to come so close and have nothing to show for it. 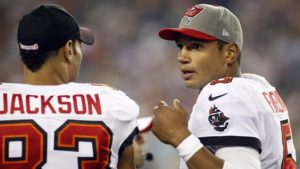 Optimism was high yet again in the 2011 season, but it seemed as though this optimism was not well placed. Poor leadership from the coaching staff, paired with a disappointing sophomore slump from Freeman, resulted in a 4-12 season record for Tampa Bay. Disgusted in the team’s sudden collapse, the brass had decided to clean house. In 2012, former Rutgers coach Greg Schiano came aboard as the new head coach. Following a weak start during the 2012 NFL season and reported rifts forming between Freeman, Schiano, and the rest of the team, Josh was ultimately cut from the team. This wasn’t considered the end of his career, however. Only three days after being officially released, Freeman was able to sign with the Minnesota Vikings, where he competed for a starting position against Christian Ponder and Matt Cassel.

He was able to start the Vikings’ week 7 game that year, but his performance was less than stellar. In the following game, he was benched due to medical issues. Josh was forced to ride the bench for the remainder of the season. After that, Freeman’s career started to fall off of the map. He had brief stints on the roster of teams like the New York Giants, the Miami Dolphins, and even the FXFL’s Brooklyn Bolts. He didn’t actually end up seeing the field again until 2015, following a signing by the Indianapolis Colts. He was able to play for half of the team’s final game of the season, with modest statistics. What is Josh Freeman doing today, though? Let’s catch up with our favorite hapless rookie. 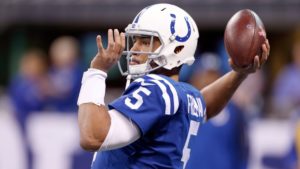 Josh Freeman remained on the Indianapolis Colts for the majority of the off-season, and he was suspected to be slated as the team’s backup quarterback behind Andrew Luck. However, he was officially released from the team in March of 2016. Seeing as he never even completed his college education to enter the NFL draft early, you can bet that Josh is still working very hard to continue playing in the NFL. Earlier this month, it was reported that Freeman’s agent reached out to the Dallas Cowboys in hopes of getting a signing. It’s currently unknown as to whether or not that deal ended up panning out in any way. For all of his natural talent, Josh hasn’t actually been playing well since 2010, and it will be a hard sell for him to end up on any professional team. However, he hasn’t shown any sign of giving up yet.