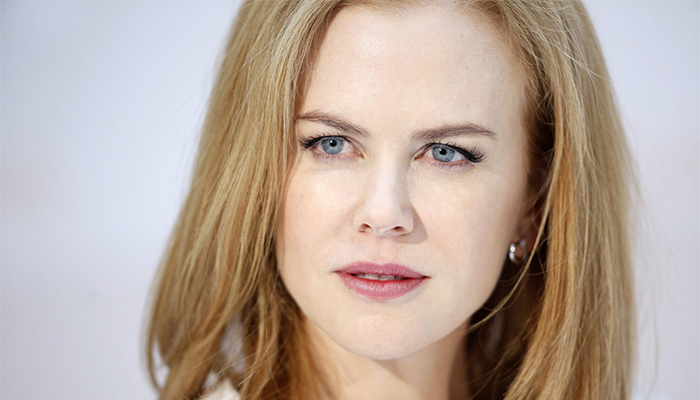 Nicole Kidman is an Australian actress best known for her role in the thriller film, Dead Calm and for the mini-series, Bangkok Hilton. Kidman made her first debut on the small screen at the age of 16, when she appeared in a remake of the holiday movie, Bush Christmas. She soon began to gain popularity as an actress after having portrayed a variety of minor roles in a handful of films, including the crime movie BMX Bandits (1983) and the comedy film, Windrider (1986). Recognized for her acting talents, it wasn’t long before Kidman began landing larger roles on television and in filmーshe would receive her first breakthrough role in 1989.

That year, Kidman was cast as the leading female protagonist in the psychological thriller movie, Dead Calm. Based on the novel written by Charles Williams of the same name, the film told the story of a married couple, who happened to come across a damaged sailboat and a distressed man while sailing through the Pacific Ocean in their yachtーlittle did they know that their involvement in the strange happenings would soon put them in danger. In the movie, Kidman portrayed the role of Rae Ingram while actor, Sam Neill portrayed the role of her on-screen husband, John Ingram. It would be the actress’ first major role in a film since her debut back in the early 80’s.

Since her time on the thriller film, Kidman has made numerous appearances on both film and television and has become a universally acclaimed actress. Some of her other well-known works include the racing film, Days of Thunder (1990), the adventure film, Far and Away (1992) and the superhero film, Batman Forever (1995). In 2001, Kidman also starred in her first musical film, Moulin Rouge, as the story’s female protagonist, Satine; she would later receive a Golden Globe Award for “Best Actress in a Motion Picture Comedy or Musical” and an Academy Award for “Best Actress” for her portrayal of the character.

But what has the actress been up to as of late? What projects have she been busy with? What happened to Nicole Kidman? Where is she now in 2018? 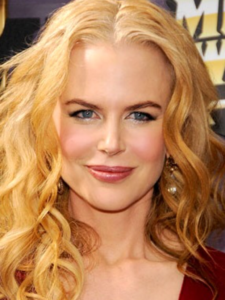 Born on June 20, 1967 in Honolulu, Hawaii, Nicole Mary Kidman is the daunter of Janelle Ann, a nursing instructor and Antony Kidman, who was formerly a clinical psychologist and biochemist. She has a younger sister named Antonia who currently works as a television presenter and journalist; they are of Scottish, Irish and English descent. At the time of her birth, Kidman’s father had been a graduate student over at University of Hawaii; the family later moved back to their home country of Australia when Kidman was four years old.

Growing up, her parents had noticed that she had had a natural thing for actingーeven as a young girl, she would often amaze them with her talents. With a passion for performing, Kidman began taking ballet lessons at the age of three. The actress would later reveal her inspiration for acting to be actress Margaret Hamilton’s performance in the movie, The Wizard of Oz. However despite her interest for acting as a child, she was in fact, a fairly shy girl during her childhood (as later revealed by the actress herself). Kidman went to Lane Cove Public School in Lane Cove, Australia and later attended North Sydney Girls’ High School.

After graduating from high school, the aspiring actress began studying at the Victorian College of the Arts in the city of Melbourne. Shortly after, she also began attending the Philip Street Theatre along with her friend, Naomi Wattsーwhom she had known from her high school days. She would then go on to study at the Australian Theatre for Young People, where she would concentrate in the areas of mime and drama. Following years of training and encouragement, Kidman would eventually begin to pursue a full-time acting career during the early 1980’s. 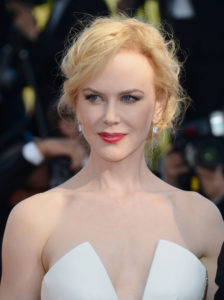 In 1983, Kidman made her movie debut when she landed a role in the holiday movie, Bush Christmasーa remake of the original Australian favourite. Although she was fairly unknown in the acting industry at the time, she soon landed a minor, supporting role in the drama series, Five Mile Creek. However despite the promising start of her career, Kidman would soon have to take a hiatus from acting due to her mother’s failing healthーshe had been diagnosed with cancer. In order to support her mother through the tough times, she ultimately paused her acting career to study massage in an effort to help her mother with her physical therapy.

With her mother’s eventual recovery, Kidman soon returned to the acting scene. Throughout the 80’s, the appeared as a number of minor characters in a handful of films including BMX Bandits (1983), Watch the Shadows Dance (1986), and Windrider (1986). Following her increase in popularity, it wasn’t long before Kidman found herself landing larger roles, such as those in the Australian drama series, A Country Practice (1986) and the TV mini-series, Vietnam (1986). During the mid 80’s, she also appeared as a guest star in a number of television series and filmsーincluding the children’s show Sesame Street! 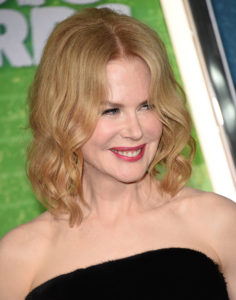 After years of making her way up as an accomplished actress, Kidman landed her first breakthrough role when she was cast as a lead character in the thriller movie, Dead Calm (1989). Set in the icy waters of the Pacific Ocean, the film revolved around a married couple who by chance, encounters a a stranger and an abandoned ship; the two would later be engulfed in danger as they begin to investigate the strange happenings. In the film, Kidman portrayed the role of Rae Ingramーit would ultimately remain to be one of her most well-known roles throughout her acting career to this date. Other actors in the movie include Sam Neill, who played the role of Rae’s husband, John Ingram and actor Billy Zane who played the role of the mysterious stranger named Hughie.

First released in April 1989, the adrenaline inducing movie was met with positive reviews and viewers and critics; having earned a rating of 82% on the movie review website, Rotten Tomatoes. The acting of the cast was also praised for their performance in the film. Since then, Dead Calm has been listed in The New York Times’ “Top 1000 Movies List” and have also been used ash an inspiration for the Hindi film, Darr (1993). 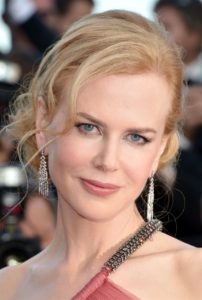 Having been recognized for her role in the thriller, Kidman soon landed her second major acting role in the superhero movie, Batman Forever in 1995ーit would also be the highest grossing film in her career. Produced by legendary film director, Tim Burton, Batman Forever was the third instalment of the Batman film series. Starring big names Chris O’Donnell, Jim Carrey and Tommy Lee Jones, the movie revolved around Batman as he tried to stop villains, Riddler and Two-Face from gathering confidential information from the citizens of Gotham City; he would also meet his eventual love interest, psychiatrist Dr. Chase Meridan (Played by Kidman) later in the film. First released in June 1995, the movie was a commercial success, despite having received mixed reviews from critics. It was also nominated for three Academy Awards, three Saturn Awards and one Golden Globe Award.

That same year, she also starred as the leading female protagonist in the crime drama film, To Die For. Based on Joyce Maynard’s novel of the same name, the movie revolved around a weather reporter named Suzanne Stone (played by Kidman) who hires an acquaintance to murder her husband, in hopes of becoming a big time news anchor. The film was critically acclaimed upon its release in May 1995 and have since been named as one of Kidman’s greatest acting performances. For her portrayal of the narcissistic character, the actress was also awarded her first Golden Globe Award for “Best Actress in a Motion Picture Comedy, or Musical”.

Following a highly successful acting career during the 90’s and 2000’s, Kidman has continued to star in a number of films throughout the last decade. Some of her more recent notable works include Rabbit Hole (2010), The Paper Boy (2012), Hemingway & Gellhorn (2012). In the American drama movie, Rabbit Hole, Kidman was not only just involved in the project as an actress, but also as a producer. A critical success, her accomplishments in the film were also awarded a number of award nominations for the Golden Globe Awards, the Academy Awards and the Screen Actors Guild Awards. 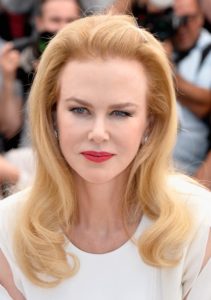 Kidman has been pretty busy recently with filming; in terms 2016 releases, she has recently lent her voice to the animated film, The Guardian Brothers. Directed by Gary Wang, the movie revolves around a struggling Chinese family who are on the verge of losing their wonton soup restaurantーa family business which has been passed along for many years; however unbeknownst to the family, guardians have actually been looking over the human kind for hundreds of years. While she is no stranger to voice acting, the role will mark Kidman’s first major voice-over project.

Besides the cartoon, the actress has also been preparing for the release of her upcoming movie, Lion. Scheduled for a release in the U.S. at the end of November, the drama film will follow the days of protagonist Saroo Brierlyーa man who sets out to locate his biological parents after having tragically been separated from them twenty years ago. In the film, Kidman plays the role of his adopted mother, Sue Brierley; other cast members in the movie include Dev Patel, Rooney Mara, David Wenham, Nawazuddin Siddiqui, and Pyriyanka Bose. Although the release date for Lion is still a few months away, the star will be busy prepping for the movie’s premiere next month at the Toronto International Film Festival.

In terms of television shows, Kidman has also been working on an upcoming comedy series called Big Little Lies, based on the novel of the same name. In it, the actress will be playing the lead female role of Celeste Wright; in addition, she will also be involved as a producer in the series. Big Little Lies first started filming earlier this year in January and is currently scheduled for a 2017 release on HBO; according to director Jean Marc Valee, the show will consist of seven episodes. Other actors in the series include Reese Witherspoon, Alexander Skarsgard, James Tupper, Kathyrn Newton, amongst many others.

Looking to stay connected with the blonde beauty? You can find Kidman over on Twitter (@NicoleKidman) or her official Facebook page (@NicoleKidmanOfficial)!