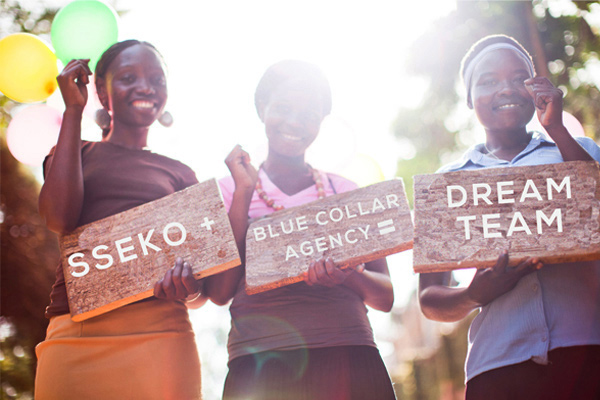 Ben and Liz Bohannon are the husband-and-wife team behind Sseko Designs, and they are from Portland, Oregon. They have come to the Shark Tank to seek an investment of $300,000 in exchange for 10% in their company. With Sseko, any sandal has the potential to reach endless possibilities. For example, their first product is the Sseko ribbon sandal, a Boho-sheek leather sandal with interchangeable straps that be tied in style in hundreds of ways. From a classic Roman Gladiator-type look to the more modern patterns of sandals designed today, you can change your look day-to-day and from season to season.

The sophisticated T-strap sandal also comes with interchangeable leather accents, which can completely change the look of the sandal with one simple step. This makes Sseko the perfect sandal for both jetsetters and trendsetters alike. Simply choose your sandal base, choose your straps, and Sseko will send them right out to you. What makes Sseko, the most versatile sandal, even better is that Sseko will directly support a woman in East Africa with money and education. They have developed an innovative work-study program that employs bright, passionate young women that come from backgrounds of poverty. These women produce the sandals and earn money to pursue their dreams.

To showcase their philanthropy, Ben and Liz have a pre-recorded video from one of their teens in East Africa, which pops up on the monitor behind the two of them. The teen confirms what Ben and Liz have said, then asks which Shark will be part of the next chapter of Sseko. The variety of teens in Africa hold up numerous signs that read, “Every Sandal has a story.” Barb is the first to ask a question, asking if they are for-profit or more of a charity case. Liz confirms that Sseko is a 100% for-profit company. They do not donate a percentage of their revenue, as most of the philanthropy comes from the production side. 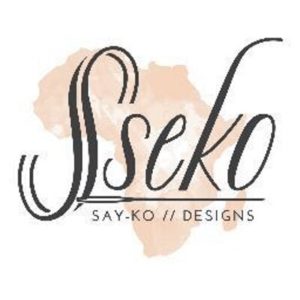 Instead of making sandals off-shore in China, they were more compassionate about the founding of their business. They were more targeted towards developing groups with skills, so they targeted east Africa. Kevin, however, asks if the price is cheaper than China, but Liz confirms that it is comparable to China. The Sharks ask for samples, and Liz passes samples out while she explains – they have a variety of sandal models, but they are expanding eventually to clothes as well. Lori asks how comfortable the sandals are to wear, which Liz replies are very comfortable, depending on the type of tie used with the ribbon.

The sandals are made with a genuine, real leather base (sourced from Kenya) with a layer of microfoam in the middle. Liz mentions that there have been reports of women trekking through the Amazon forest in the Sseko sandals. Barb asks about the price of each unit, and Ben points out that they sell a set of two ribbons with each base, so each pair of sandals (with the two ribbons) comes out to about $65. The male Sharks are a little distraught, finding it insane that someone would pay $65 for a flip-flop.

Barb asks how the Bohannons focused on Uganda, as that is not a typical place associated with philanthropy and humanitarian aid. Liz says that she studied journalism at the university level and was super passionate about women’s issues and rights, so when she exited college and got her first corporate job (that lasted for 2 months), she eventually bought a (one-way) ticket to West Africa in order to understand more about women’s suffrage in Africa and around the world. But why shoes, though? Liz was working one morning at a youth development organization, and she met a bunch of women around her same age, but all the women had backgrounds of extreme poverty. The women were getting ready to graduate high school and would return to their villages for 9 months of downtime, and in this 9 months of downtime, the students are intended to find jobs so that they can find a way to pay for college, as college in Africa is paid upfront.

These young women would graduate, test into college, would have all the gusto and vision for who would they want to become, but they ultimately could not find jobs. Liz thought about building a marketplace solution, and one of her friends bought up the “funky, strapped” sandals that Liz wore frequently in college. Liz made the sandals in college out of flip-flop bottoms and ribbon, and when she wore it, people on the street would ask her about them. So, Liz decided on sandals, and at that point, she went to hire three women and taught them how to make the sandals. If the three women promised to make sandals for nine months, Liz promised to send them to college. 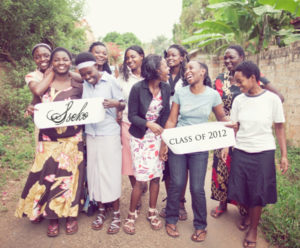 Robert asks about the cost of college in Africa, which Liz says comes out to be about $2 to $3,000 per year. Liz guaranteed the women the money with no sales, and when Liz eventually got home, Ben proposed to her and she had to think about how she would inform Ben. Since the start of Sseko designs, there have been 47 graduates of the program, and 100% of the women have gone on to university and have either graduated or are still enrolled.
Robert focuses on the task at hand, asking about sales. Ben steps in and says that, so far, they have sold $3 million. This year alone, the estimate is $1.1 million, and Kevin asks how much of that $1.1 million will be pure profit. Ben prefaces his answer by saying in the years 2009 through 2011, they were profitable, but once they hit a point in Uganda where they started to scale, they opened a debt round in 2012 and did $250,000 in debt so they could hire their first salespeople. Sseko is confirmed to run a loss this year, but the loss will be no more than $100,000 with an estimate of around $90,000. Next year, the goal is to do $1.9 million in sales, but unfortunately, Ben feels that they will lose money again next year.

The Sharks all ask why the profit will be negative, and Ben explains that they will continue to add salespeople. Barb asks how much the two of them are making in salary, which comes out to about $45,000 for the both of them. Kevin asks how the two of them came up with the $3 million evaluation. Ben feels that it is fair to look at the numbers and take a 2.7 multiple on the revenue, which aggravates Kevin. Typically, Kevin points out, that multiple would be applied to the profit. Ben feels that this is normal, and Liz also points out that is normal to apply the multiple to revenue for a brand, but Kevin feels that Sseko designs is not a brand yet.

Barb speaks up, saying that last year on Shark Tank, there was an enduring couple who owned a company named “Grace and Lace.” The two of them owned a company that produced socks and lace to go underneath your boots, so she finds the parallel between Sseko Designs and Grace and Lace interesting. However, Grace and Lace was more focused on helping people, and they would split half of their profit in order to spend it immediately on helping people. They sold a million dollar’s worth of socks within a week of Shark Tank, and one year later, they will have $10 million dollars in sales. However, the difference is that Grace and Lace was hyper-focused on profit first and charity second, and now they have built three orphanages in India. But Barb was still able to profit on that heavily, and thus, it can be very hard to buy into someone’s philosophy if their projected losses do not provide clarity on how they can get to profit. While Barb hoped Sseko Designs would be her next Grace and Lace, she is out of the deal. 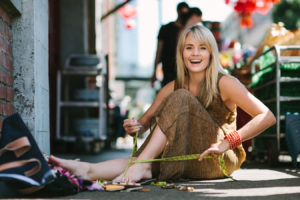 Mark says that he does not question the motivation, but he does look for certain keywords to show that an entrepreneur is realistic. All the different things that Sseko has been recognized for, and all the people they have hired to sell, have only gotten them to $1.1 million in sales. Mark does not see the “cause and effect,” but does see a lot of self-promotion that does not get them from their current point today to where they need to go. Mark is out of the deal.

Kevin says that the two of them are not worth $3 million dollars, as there are thousands of shoe companies around the world that all trade in the same range. He values the company at $700,000 on a great day, and in order for Kevin to invest, he would want half of the company. Since they would never make a deal, Kevin is out of the deal as well.

Robert mentions that all of the Sharks have different expertise, and his is focusing on small companies and turning them big. When investing in a small company, it is wise to invest when the sales come in, not invest ahead of the sales. To receive a 20% boost in revenue, they would need a 30% boost in sales, so Robert does not find a realistic way for them to scale. Robert is also out.

Lori, much like the other Sharks, loves the mission and look, but put it on and admitted she had difficulty with the sandal as, depending on how the ribbon is tied, the ribbon can cut into the foot. So, Lori is out of the deal, leaving Liz and Ben without an investment in Sseko Designs.

Sseko Designs Now in 2018- The After Shark Tank Update

While Sseko Designs appeared to drown a little bit in the salty waters of the Shark Tank, their sales and social media presence appear to indicate that the company is in good health. Sseko Designs retains their own website, which still only sells sandals. While Ben and Liz mentioned that they had wanted to branch out into clothing, it appears as though they have not done this yet. The website has a variety of sandals, all of which start at the higher price of $79. Their social media presence is strong with nearly 27,000 fans on Facebook, and constant status updates on both Facebook and Twitter.